Until My Eyes Are Soakin’: An Evening With Iggy Pop

I almost didn’t go. The tickets were expensive, and I couldn’t afford to get close enough to touch him. I wasn’t sure that it would be worth it to watch from the balcony, if I wouldn’t get to touch him.

When I was a teenager, I painted a pair of my jeans silver before I realized the fabric paint had rendered them too stiff and sweaty to wear. I bored all the boys that just wanted to touch my boobs talking about The Stooges. I special ordered Lust for Life and The Idiot from the weird long-haired guy in The Cramps t-shirts at the Borders near the mall. I listened to Funhouse on repeat, lying on the floor, pulsing with coffee and anxiety, wanting to be that reckless, that entitled, that free.

At my most rebellious, I was responsibly ambivalent. I went to school, I worked, I seethed, I stayed out of trouble. I idolized spectacular disasters. Men who could do anything they wanted and still be admired, because they were just smart or beautiful or interesting enough to be loved despite such striking flaws. I couldn’t afford to be a victim of my own stupidity. There were no rescue mechanisms in place.

The world has reminded me my whole life how conditional love is, how dependent it is on my behavior, and how little it matters that I’d give it in return. I’ve been editing myself since before I knew what it meant.

I’m always anticipating disappointment. The rest of the audience was mostly dads and grandpas, some wives, some girlfriends. All of us restless, trying to look casual sitting in the wings of the oldest opera house in the United States, waiting for an old man to take his shirt off. I paid $13 for a glass of wine in a sippy cup and sat patiently through the opener, clicking it nervously as people shuffled into seats around me.

I went alone. It wasn’t something I wanted to share with anyone else. 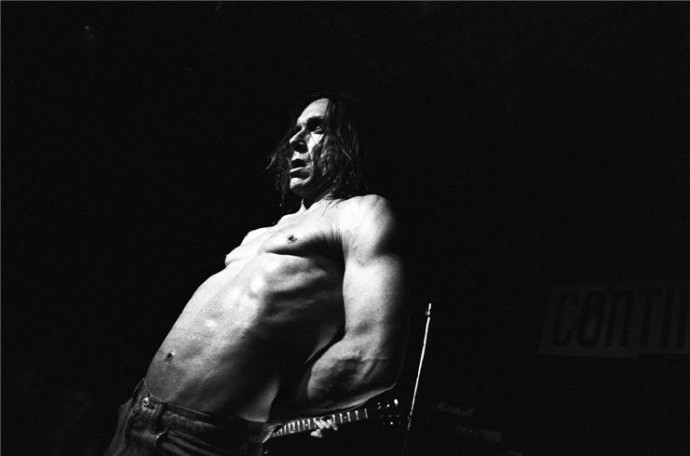 From behind the curtain, primal yelps and thundering heartbeat drums built to the band’s entrance, indistinct enough to stay inoffensive. I could see Iggy perched toward the back, tiny and tan, in a suit, but none of the trappings, preparing to enter, and I forgot to breathe. And then a flush, a chill, a stomach clench, a twinge in my sinuses, and tears.

They played “Lust for Life,” then “Sister Midnight,” and then, “Fuck! Fucking thank you!” I wasn’t crying because the Queen of the Stone Age played that song from the vacation commercials. But I was crying.

When I was a baby, my mother cut my finger when she was clipping my nails. I squirmed, and she snagged the delicate skin around my tiny finger. I have no memory of this. I only know the way that she told the story, always insisting that it was my fault for moving, and that she started bawling the moment she saw blood, while I stared at her, puzzled, unshaken.

This was our relationship, when we had one. It would always be my fault that she was hurting me, and the only thing I could do about it was watch her cry.

She used weakness as a weapon. When I set her off, she would wail loud enough to shake the windows, collapsed on her couch, practiced sobs racking her body. You couldn’t escape it without leaving the house.

Tears do not come naturally to me. They’re unwelcome, involuntary. I have a friend, Deb, who has the biggest heart. She cries often and easily, with joy as much as pain, as if she’s brimming with so much love that it must spill over eventually. There is no intention in her tears, no motive. I have always admired the way she can be overtaken with feeling, the way she can allow herself to be overwhelmed.

I have cultivated an air of nonchalance to offset the fact that I’m usually wound tight enough to snap. I am electricity that must be contained: wires encased, walls insulated, bricks stacked, shingles hung. It’s the safest way. 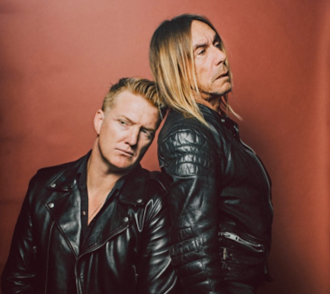 Iggy, too, is electric: uncontained, wild, but no longer feral, dangerous because he can appear tame. We could touch him if he came close enough.

It was something else, watching Iggy out there working for it. That freedom to do anything,  to yell, “hey, big boy” and tackle a middle-aged man, knowing that he would catch you, no matter how badly his back was going to hurt in the morning, has always eluded me.

But sitting there, in a Mobius strip of affection and gratitude, I didn’t envy him. He sang and danced and threw himself at us like his life depended on it, because it does. He owed us his life that night, and we were grateful for it.

I am so often editing as I go that I tend neglect the raw materials of each experience. I’m too busy rewording every sentence, adjusting each gesture, writing the next joke, that I spend less time experiencing than I do processing. I’m in my own head more than I’m in the world, defining it instead of living in it.

But, sometimes, I’m full of more love than I know what to do with. I have to catch myself and watch, really take it in, before the moment is over and filed neatly into sepia-tone memories, and I forget what I am capable of feeling.

Iggy played almost all of Lust for Life and The Idiot and most of his new record (which is the best and most focused album he’s put out in decades). I was frozen in my seat, tears streaming, too struck to consider anything beyond what was happening before me. I could only take it in. For two stunning hours, I was free of myself.