Uncapping the Press: My Introduction to Bottlecap Press & Top Picks of 2015

My introduction to Bottlecap Press began in early 2015, when I contacted CA Mullins about reviewing Beyza Ozer’s chapbook Good Luck with the Moon & Stars & Stuff. He was game, and though Bottlecap was just getting started—Beyza’s book hadn’t yet been printed—he offered to send a stack of chapbooks to New Zealand when he could. And he followed through on it. The way he saw it, “a press is nothing without the support of the community.”

“I really just want to help artists get out there, because I know how it feels to be an artist trying to get out there, and the fact that people are willing to accept the folks I’m working with makes me feel like it’s not all in vain.” – CA Mullins

Speaking to me in January, CA had made a plan to put out “at least a few chapbooks per month for all of 2015.” I looked forward to getting a few books in the mail, but didn’t think too much about Bottlecap’s long game. With so many creative projects, we start out with high ambitions and find ourselves changing and revising them as time goes on, and certain setbacks—finances, time, energy—set in.

Beyza’s beautiful chapbook arrived, along with staple-bound chaps by Carmen E Brady, Trevor L Sensor, and Ian Macks. I read them, shared them with my friends in Wellington and found myself drawn back specifically to Carmen E Brady’s Eating Alone in Chipotle and Beyza Ozer’s Good Luck with the Moon & Stars & Stuff as the year unfolded. There is so much good in these books. Both emerged from the brains and hearts of two lovely humans whose output has only continued to excite me. Both are great to look at, and lovingly assembled. Beyza’s book is hand glued, with soft, starry cover art by Jaclyn Jermyn. Carmen’s is crisp and sturdy, feat. a play on the Chipotle logo. Both feel urgent.

Since the arrival of that first box, Bottlecap has gone on to produce an additional 18 titles in 2015, including Kimmy Walters’ Uptalk, Manuel Arturo Abreu’s List of Consonants, and Alexandra Naughton’s My Posey Taste Like. Everything is produced in-house, from staple-bound chapbooks like Alexandra’s to glued, perfect-bound full-length collections like Kimmy and Manuel’s. The roll call of writers represented by the press is startling and refreshing, with a generous mix of long-anticipated first collections and solid additions from writers we’ve known on the internet for ages, alongside rising stars like Alexandra Wuest and Stephanie Valente.

In 2016, Bottlecap Press plans to expand to double their output. They’ve got a GoFundMe campaign going right now, as they’re determined to keep everything running in-house as it is now and into the future. The long game I shelved in early 2015 is clearly still at the forefront of CA Mullins’s mind. All signs point to Bottlecap quickly becoming a touchstone for new and necessary writing.

Before Bottlecap really gets zooming, as I’ve no doubt they will, you’ll want to get caught up on their first year’s vintage. They’ve maintained a wide range of stylistic choices throughout the year, with books to suit a wide audience. My choices aren’t nearly representative of their entire collection, but here’s a quick guide to my favorite Bottlecap books of 2015: 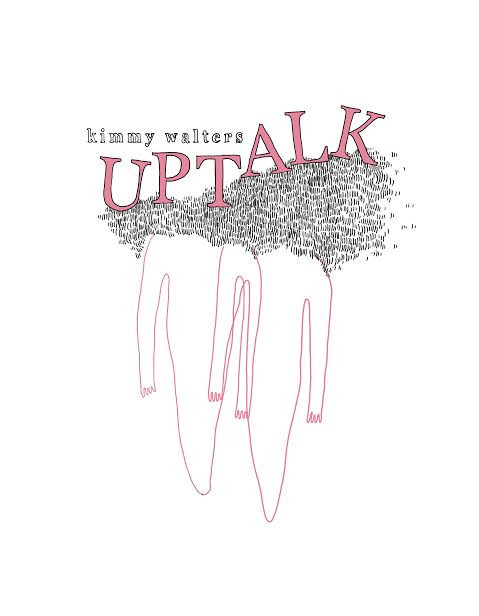 Unbelievable beauty thing. I feel like I have been waiting for this my whole life, or at least the entire time I’ve been following @arealliveghost on Twitter. Uptalk is not just my top pick for Bottlecap, it’s one of all-time favorite poetry collections. If you know Kimmy’s work and haven’t picked it up yet, what even are you waiting for? If you’re not familiar with Kimmy Walters, let’s change that right now:

when cars pass outside a
tuxedo of light passes over me

I might grow a new tooth
for each of them

and afterwards
tie them to the doorknob
with red string

and have someone
pull the door closed

I showed you my
tiny nature

I’d like to shove your mouth
full of my teeth

Uptalk is a lot like a salmon: slim and quick and pink inside. It begs to be read and re-read. And afterward you’ll want to find your own perfect things to write down because you’ll realize it was at least possible once to make a thing like this exist, and maybe you can, too. 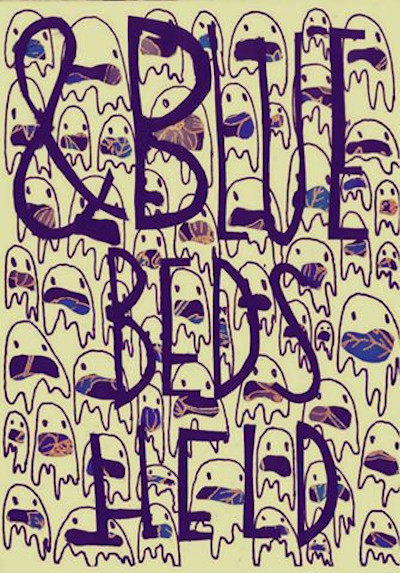 Zooey Ghostly was not a familiar name to be before I read his chapbook, though that was my own fault as he put out about 100 e-chaps in 2014 and has been featured in The Mall, Voicemail Poems, Uut Poetry, Fault, Keep This Bag Away from Children, Potluck Magazine, Electric Cereal, Fruita Pulp, Witch Craft Mag, and many other lit mags—which basically means that if you’re like me and clueless you can find him out there on the internet, just waiting to light up your brain in wholly new neurological ways.

But seriously, listen to this:

& the meat of this thing,
rusted teeth & leaving
your apartment, spitting
at the imaginary
sidewalks of new york.

& it was unwrapped
in denver, dusted
in the crook of a mountain
turned theater bedroom.

there is a jellyfish
upturned in my chest &

there is
a ringing
in this
skin please
take it
please take
as much
as you
can carry.

& Blue Beds Held contains so many ampersands and so much blue. But for all your searching, you won’t find the title anywhere among the lines of these poems; this bed is a frame and it holds everything in so tightly. 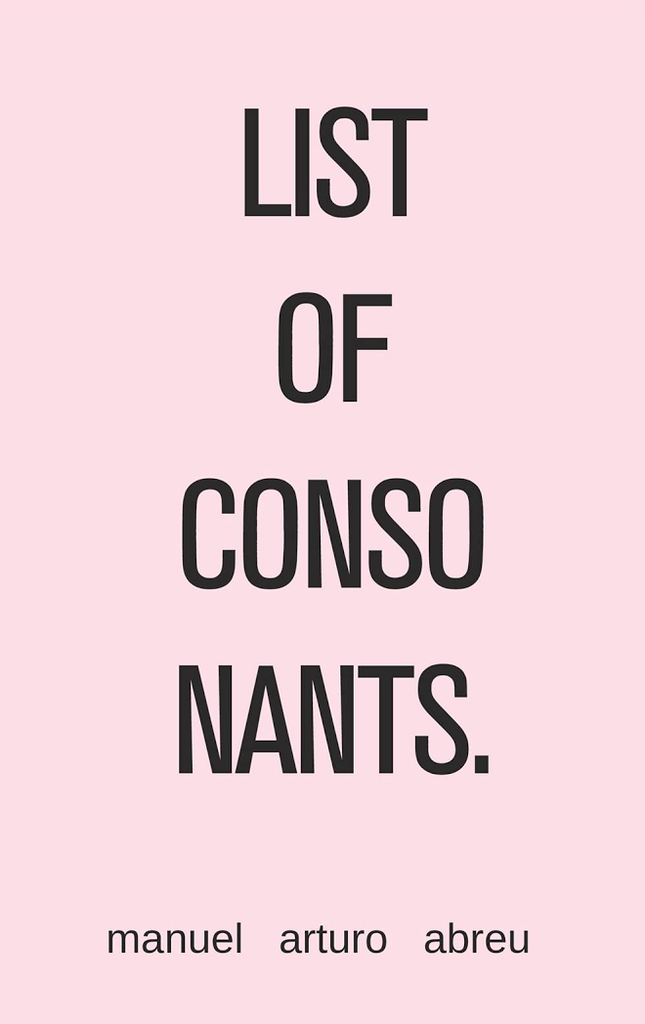 I was blown away by this book. Manuel is a force, and their words are as powerful as the presence that has birthed them. I thought I already knew how much Manuel could do with a poem until I read List of Consonants. They should have all the books, and I will fill my shelves with them. Reading this first full-length collection by Manuel is like being overtaken by a southerly. You’ll feel the instinct to brace yourself, but the power behind these poems isn’t destructive; before long, you’ll find yourself swept up in its immersive embrace.

THE HOUSE THAT SWALLOWS TEARS

Bearded gust. Frozen ash. House of looms. House saying, the world disappears when you look at it too long. World without glimmer. The face becomes a butterfly net. Wounded razor. Boiling mirror. Love has a face like a chickenwire fence. Forgotten shelter. Fuss to make time. Change shape to dirge. White dress and clutter. The face balls into a fist. The house snickers like fire. The dead grass says fear is the most divine emotion. The skin of the house rustles. Dust hiding in the light. The house that swallows tears. We are here to burn you down. History is baby’s breath and we are hyacinths. People are homesick for fantasies. People are living like drums, beaten by another and in fear of unknown gods. People are being reborn as squalls. People lock themselves away in their bodies and long to escape their braided hair like butterflies. People are breathless and sugar-eyed. People are empty bottles inside of insects. The air thick with the lit house now. The flame unfurls like a year. You are a firefly now, house. It all makes sense in the words of my dead language. The universe gives birth to itself. No-one is able to chop off both hands and toss them in the river without another person’s help. 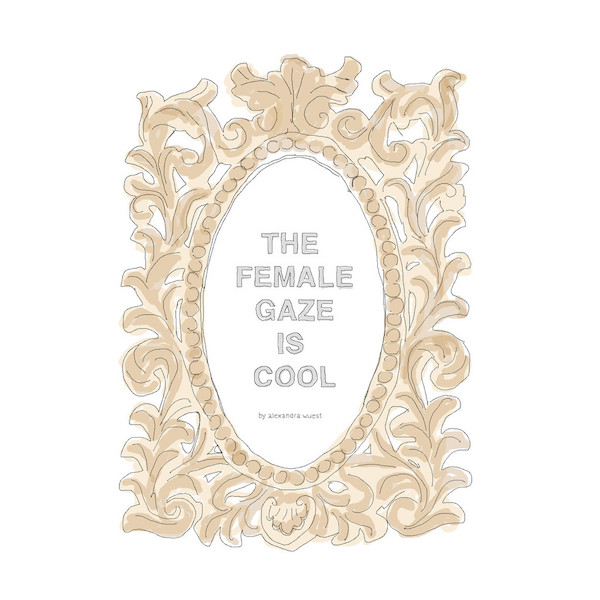 The Female Gaze is Cool by Alexandra Wuest

Reading this felt empowering in the least clichéd way possible. There is so much good in here. From the design elements (that dotted line) to Vanessa Castro’s illustrations, every element of the book works to enhance Alexandra’s words and message. References to Gwyneth Paltrow, Joan Rivers, Chanel #5, Anthropologie candles, and Beyonce bounce against poems about eating turkey sandwiches at the gyno while in the stirrups, and a resplendent portrait of Kim Kardashian done in an all-nude palette follows this cosmic poem:

As it turns out, I may be a simple-minded straight man because I think this line from Alexandra’s titular poem, “The Female Gaze Is Cool (and Other Things Straight Men Have Said to Me at Parties)” applies to the collection as a whole: “You seem really cool and beautiful.” 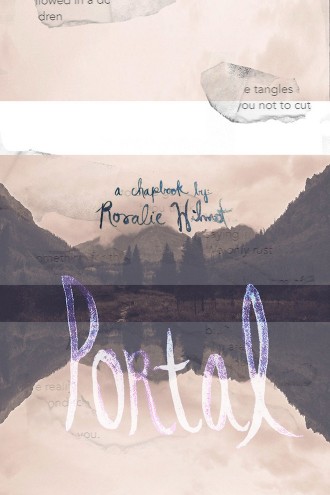 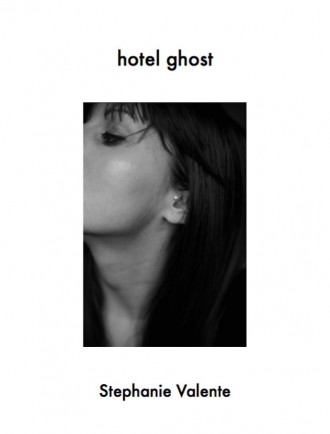 I can’t choose between: Portal by Rosalie Wilmot and Hotel Ghost by Stephanie Valente

I’m all about judging a book by its cover (and title), and both of these chapbooks have great titles and good-looking covers. Both of these books talk of bodies and dancers, relationships and mornings. Stephanie writes of valkyries and hawks, Neptune’s Daughters and Arcadia. Rosalie writes of wombs and lima beans, of mid-afternoon snacks and “our healthful follicles.” Both collections are bite-sized, and both will make you want more.

a wing rubs
against my body
& your spell
pulls my voice.

the way you call
to the hunters
so broad, so strong
with their pointed beaks
ready to swallow
young girls whole.

your hawks
only see the ones
who have brown eyes
& my legs
reach the claws.

what chases you around your coffee table
refusing to let you put your pants on?

I chose these titles from a first-year catalogue that also includes well-placed work by writers such as Alexandra Naughton, Julia Long, Mallory Smart, EA Hyde, Matt Margo, Patrick Trotti, and Shane Jesse Christmass, alongside others I’ve already mentioned. I highly encourage you to check out the press for yourself, see what it’s all about, and consider adding a few of these beauts to your own collection.