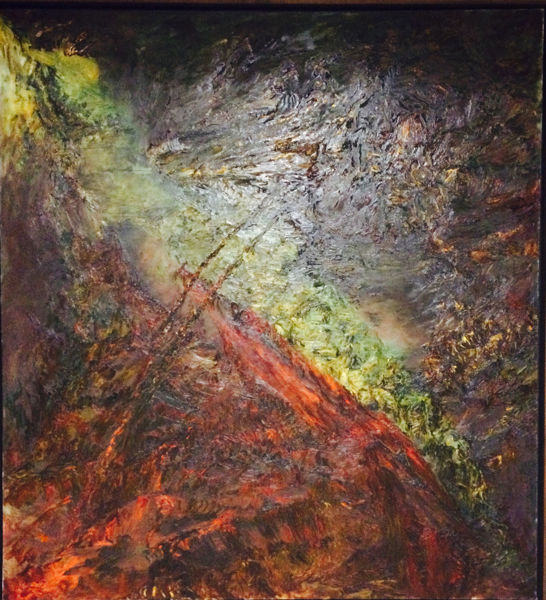 It was early when the jekyll of morningtide rose. The quiet coast flush between two isthmus began to lap over their limbs. Upon this settled hour the silent bell was tolled. Hung-dead, and yet was moved by the occasion, boughing the beam as it swung. Oinops pontos puddling in the crevice of the coast when the child awoke.

Fishermen came from the sea. The sea of hearth. The sea of ad hominem marriages to wives who would not bear a child in their likeness.

Excepting the bell-tower the church had burned.

The fishermen were disobliged to travel after Eden found the child’s mother Mary in the rosy red of embers. She and her father, he with his arms crossing his head, sat in the parsonage, a shanty moored in sand.

But increasingly often either eye peered beneath an elbow and he spoke, “Soon the flock will congregate. They will build unto you a home.”

So it was that even those who never knew the sacraments of Mary knocked upon their humble door. Strafing the sand in the wake of net wood drug in approach of her blessing.

She lay in bed, pain pulling her untoward from the living. As if her body had failed transubstantiation and was spilling out its nascence. The amniotic body of Christ flushed from her loins. Remnants the first fisherman daubed onto newspaper.

They waited in a line that stretched to the sea. Bodies succeeded torsos succeeding heads floating above water.

With the wood, her father built a pulpit. And excoriated those who hadn’t heeded the bell. May the clapper strike them dead! May the empty valve of their ear be mirrored in a myxomatous heart! And may they never be remembered beyond their death! In the byways of his scorn the fishermen were praised the chosen few. Under their feet earth was the homoousion of heaven.

Their seed was released.

Their sons will be bright, burnished with tender, lit along the proscenium of theophanous currency!

The child’s limbs were destitute arroyos of flesh. Blood was annexed from her veins, cradling the nest that suckled at her heart.

With seven months left of the year, the fishermen returned. They placed coin in her father’s hand.

For this Christ forsook me. He purged his body from mine and your progeny nest in the womb of his grave. They’ll lead lives beyond propitiation like their fathers, and in death they’ll be damned. Cave, cave, Dominus videt. I own them now and see all this. Only in murder will they be saved.

She stood up on her withered legs –

“Lilith was not a martyr,” spoke her father.

– and walked into the sea. 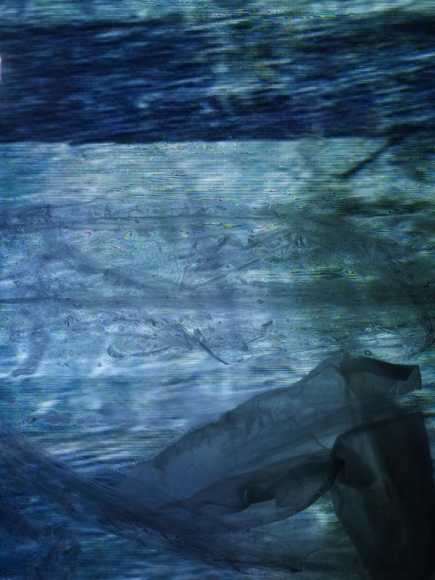 When the shipyard emptied at fuckhour Body became a self-appointed boatswain. First leave he’d roamed Galecian Street and been beyond its windows. Inside Tod’s Thirsty Cobb and Rebecca’s. Hooer’s bags’ stuffed with perishables leaking out the bottom, John’s satchel’s drooling, pockets turned over. Floors buckled their supportive ceilings. He left when something wet crept through his shoes and pooled his socks to yolk.

You’d s’pose it’s got my mouth then, too? Or’d my mouth crawl down my throat? Crawl back up once there’s a nice big hole for it to hammock in? You know I ain’t lost shit, you liar.

Body found a sofa burned down to the springs and wait away the night. The day was one long glare that couldn’t recognize your face and so used business for surveillance. Night, the reserved, the reticent, arrives slow, in time for you to hump off into hiding. Away from the moon, the ommatidia of stars.

The smeary light of an adjacent storefront depleted Body’s shadow.

C’mon, man! If I could just bleed a little soldier I’ll lollard off to the corner. You’ll be in my prayers! A thousand blessings mumbled for your benediction.

This ain’t the liquor kitchen! I don’t touch distro for gratuity – you don’t touch me for a bottle, understood?

Motherfucker, he who withholds grain, people will curse him… you! Working under night’s firmament by the light of the devil, [cluck]. May moth’s gouge your dollars and your nickles be rust-bitten.

In the morning Body returned to the boat. Poge work. Swabbing the deck swabbing the head studying knots: All in all/each loop in all loops/all loops in each loop/all knots in each knot/each knot in all knots/all in each/each in all. To build morale throughout the ranks. O-11 was added from E-1 and up.

The sea prograde him through regressive sleep; rocking him back to nascence.

They disembarked in Jacksonville for Warp Street. Body stifled himself in the back of the line and snuck aboard the boat. He gave orders to no one beneath the moon and said to the sky, well, look at me.

Bryce Jones is a former child comedian. He now lives, works, and writes in a small Oregon town.