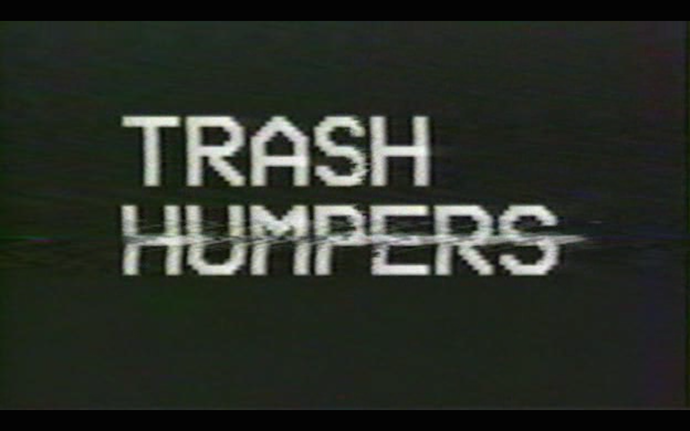 Trash Humpers, the fourth film Harmony Korine wrote and directed, premiered in 2009 at the Toronto Film Festival, only four months after it was filmed. It went on to win several festivals including the Copenhagen International Documentary Festival, although it’s a work of fiction. Upon seeing it the first time I was immediately taken with the familiar low-fi aesthetic present in many of Korine’s films, reminiscent of previous works like julien donkey-boy and Gummo. It was filmed on VHS and later cut using two VCRs.

From the outset, Trash Humpers places the viewer into the frame as participant in some type of Gonzoesque documentary. It looks as it was filmed in a sleepy suburb, which it was in large part: empty parking lots illuminated by amber streetlights, the distant noises of cars driving by, seldom seen but always heard. Korine and his crew camped out on the streets of Nashville while filming, living “in character” the entire time.

Violence is present in many of Korine’s films and it’s usually not the type of violence we’re used to seeing. It goes beyond the typical explosions and gunfights present in so many Hollywood blockbusters. There is murder in this film; simulated child suffocation and humiliation–a psychological violence at times incredibly disturbing, at others humorous in its absurdity: smashing televisions, throwing firecrackers, making grown men eat pancakes soaked with soap suds and, of course, trash humping. These scenes, in tandem with Korine’s editing style and choice of filming locations, make this film particularly jarring and disorienting. As director, Korine plays with our sensibilities. The main characters in the film don latex masks that make them look elderly and their age is never addressed in the film–the apprehension of not knowing whether or not they’re supposed to be elderly compounds this disorientation.

The cameraman in Trash Humpers (Korine himself) performs on camera spouting occasional unscripted monologues, and off camera, as the high-pitched, hick narrator. The other main characters play a central role in the film but speak sparingly, allowing Korine’s character Hervé to describe many of the events playing out on camera–hooting and hollering–at times singing made-up folk songs that sound like a demented version of an Almeda Riddle tune. In one scene, the actors on screen drink and sit idly on an overpass lighting firecrackers, as a man in makeup and a maid outfit (complete with garter) stands barefoot, theatrically reading a poem: “Just look around at this world, at the grizzly facts of what so-called civilization has done to us…we are the slime and the gook.” In the next scene the poet is lying on a kitchen floor, blood from a head wound pools around him on the linoleum. “Damn ya’ll killed this dude…ya’ll done kilted this shit…this shit’s too hot for TV,” Korine’s character Hervé exclaims, amidst a series of cackles. Two of the trash humpers sit close by on the kitchen floor, covered in blood, brandishing hammers, the death of the poet left unexplained.

Throughout the movie, the trash humpers visit residents living in the town where the film takes place; we’re unsure if these scenes were planned or if Korine and his crew simply went and knocked on people’s doors. Although the latter seems unlikely, it’s poignant, and reminiscent of Werner Herzog’s early films. The influence of the German director is ever-present throughout much of Korine’s oeuvre (Herzog plays main roles in both julien donkey-boy and Mister Lonely) and he is well known for hiring people in the locality of where he is shooting, using footage of them playing roles and also being themselves.

Korine’s choice to film Trash Humpers entirely on VHS solidifies its chilling effects. We live in a world of high-definition–digital film and television are the norm–we expect crystal-clear picture and audio. But film stretches. It degrades. Strange things bubble to the surface as it breathes. Analog is alive, dying a little more each time it’s run through a tape deck. In interviews Korine has said “there’s something sinister” about analog and he’s right. Trash Humpers looks like a home video–a horrifying home video shot by some violent, freak collective. Something you’d never want to dig up out of a shoebox underneath the bed.

The violence depicted in Trash Humpers is similar to that of the Belgian film Man Bites Dog (C’est arrivé près de chez vous, It Happened in Your Neighborhood). The 1992 film, produced and directed by Rémy Belvaux, André Bonzel and Benoît Poelvoorde, is a documentary-style, black comedy depicting a witty, charismatic serial killer with an affectation for poetry and chamber music. As the film progresses, the directors play with the role of the main character–at times protagonist–others, antagonist. The viewer sympathizes with him as the picture evolves and he eventually gets his comeuppance. Like Trash Humpers, Man Bites Dog is filmed on one camera, the crew acting in the film and participating in the gnarly exploits depicted.

Korine’s film occasionally seems more akin to a series of found footage dreamscapes, void of any overarching narrative, but one can be found–a subtle narrative is threaded throughout Trash Humpers, and it comes together beautifully at the end. The role of protagonist and antagonist is fluid–the trash humpers are anti-heroes looking for something more out of the nightmarish place in which they live. They are fucked up and lonely, fighting against suburban tedium–an idyllic America meant to be safe and comforting. Each character wants something the world won’t let them have. So, they live their lives as freely as possible, indulging in every Bacchic outlet available. There is a creative beauty in the destruction here. 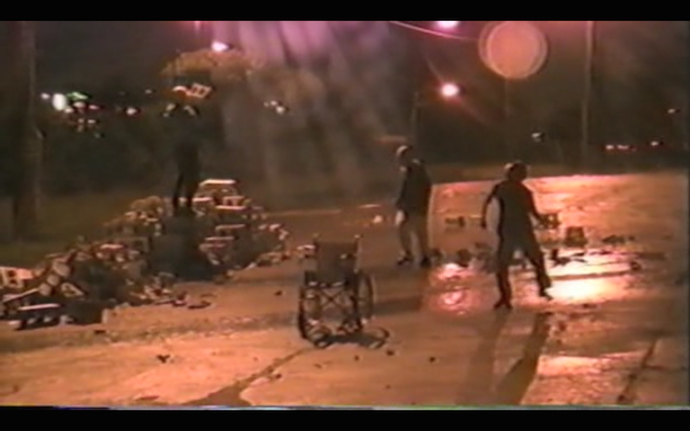 Critics of Korine’s work could easily chalk Trash Humpers up as being trash itself–artful shock sans any real merit–but this is off mark: an oversimplified way to avoid closer analysis, due in large part, to his aesthetic choices as a filmmaker. His films always speak to something arguably greater. Some may question his tactics–the use of non-linear narrative, ultra-violence, humiliation, sexual deviance and exploitation–but there is something more at work here than mere “rabbit-in-the-hat” shock tactics. Art has a rich history in the aestheticization of violence. Many of Korine’s films, Trash Humpers included, can be seen as inventive commentaries on Middle Class America–the embrace of those fighting against what’s expected of them from society, who at times, choose to live out their grotesque tendencies as human beings, to their detriment and the detriment of those around them.

In Korine’s work, these things are par for the course. We are left to make our own decisions, create our own subtext from the images viewed on screen. I’m not here to argue his choice of aesthetics–the film speaks for itself. Trash Humpers is a work of art that is meant to make us uncomfortable. It’s a film that is hard to watch; one that makes the viewer question what art is, and its potential. Is art amoral? Should it be something that confuses what we consider ‘good’ for the sake of allowing us into a pastoral nightmare that, whether we like it or not, exists in small-town America or inside someone’s head? I don’t have that answer but I believe it exists inside this film. 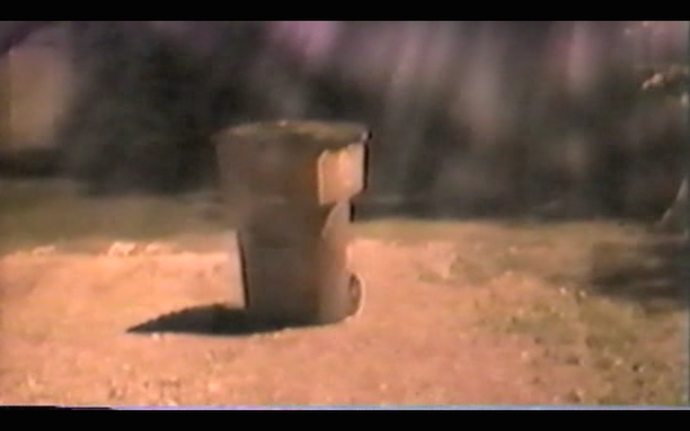