Tucked in the wilderness of Saugerties, NY is Opus 40. It’s a hard place to describe, but this is where I’ll try: A 6.5 acre labyrinth of pedastals, archways, and ramps sculpted entirely out of rock, Opus 40 is the life’s work of Harvey Fite. 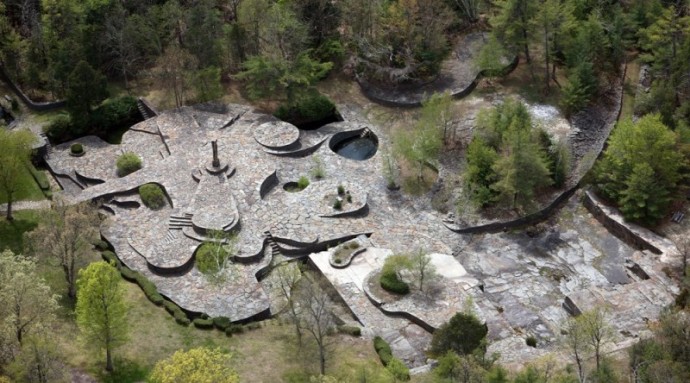 Stepping onto Opus 40, you can’t help but marvel. From the smooth arcs to the hidden reflecting pools, it’s big and complex enough to dazzle you. Passageways in the lower part of the labyrinth are colder than the surface, coated in moss, like walking through a portal to another time.

Fite, a professor at Bard College, purchased an old bluestone quarry in 1938. Inspired by his own work restoring Mayan ruins for a summer, he decided to create his own earth installation–entirely through ancient Egyptian lifting techniques, and entirely alone. In the thirty-seventh year of work, he died as a result of a fall into the sculpture.

And this is what lends some air of sorrow to Opus 40. As you tour the massive space, you can see Fite at the edges: the places he stopped working, the rocks he would have hauled next, the rusting, abandoned equipment, fraying edges of the sculpture that he would have completed. It’s staggering–the size of it, the complexity, the grandness of his vision. At its center, Opus 40 offers up perhaps Fite’s biggest accomplishment: the 9-ton monolith that he lifted into place by himself, using a slow system of wires, a pickup truck, and gravity. 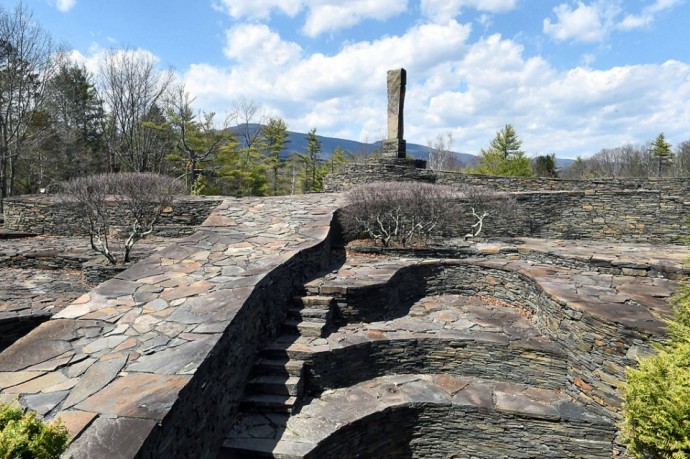 I spent most of my time at Opus 40 turning Fite over in my head: Why would he select the hardest, heaviest material to work with? Who would want to spend his days laboring with these rocks? Did the project drive him mad? How much bigger would the sculpture have gotten if he didn’t die within it?

While visiting Opus 40, I stayed in the guest quarters of Fite’s family home. His stepson graciously showed me in. Later, putting my clothes away in the closet, I spied a giant metal box with a hand-scrawled label: Fite’s Letters and Papers.

I closed the blinds. I knew I was being nosey. I didn’t want anyone to see me. I wanted answers. I pulled the box down and placed it on the bed. My heart raced. I began to sweat a little. I opened up the metal box.

Inside, there was nothing but dust and a few blank bits of old, yellowed paper. 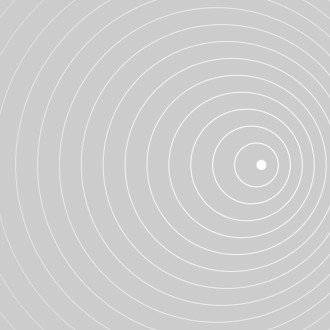 It’s been a long time since someone has given me an EP wrapped in a brown paper bag with a black ink stamp. Inside, a three-song disc had a simple scrawl in permanent marker: Dolores.

At the band’s EP release show, the set struck me as something visceral and raw, a sound that made the crowd throb. Songs began innocently enough, but quickly turned into layers of distortion that wove and unwove themselves, then collapsed.

The vocals, offered up by Max Marin, bent and swerved. I could only make out key lyrics that landed like gnarled poetry: Now I live in the same city as my sister / But you know we never talk. I spent the show rapt, body moving newly to a sound that sometimes made no sense but then resolved itself into something angry, something breaking. Throughout the set, I kept thinking: What the fuck is this?

Two days later, I was on a 5AM flight to Seattle. I brought the three Dolores songs with me. I listened to “What We Talk About When We Talk About Love” on repeat as the plane landed. (It’s worth noting here that after years of everyone naming all of their shit after Raymond Carver, this song stands as the only thing I’ll let slide for leveraging his title.)

I walked and I walked through Seattle, wandered the waterfront, absorbed the green lushness of the trees. I puzzled it out: The depth of the guitar, the chaos of the drums, the power behind the voice. Ultimately, the best way to describe it is this: The whole EP sounds like mutilated layers of a heart breaking.