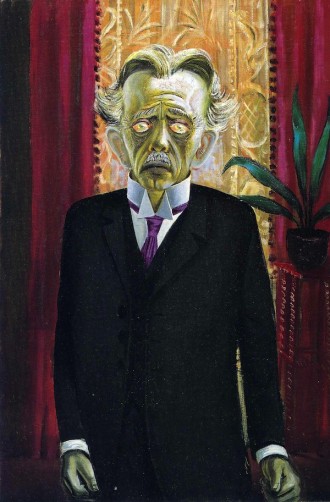 The Art of Cruelty: A Reckoning
Maggie Nelson

Wandering through an art gallery in Montreal, I stumbled into an Otto Dix exhibit. I was enthralled — his portraits often made his subjects look crazed, electric, and semi-horrifying. His use of color was almost a contortion. A rendering of Dr. Heinrich Stadelmann makes the man look bloodshot and disheveled. This is quintessentially Dix.

She becomes an archaeologist of works of art, examining and defining their nastiest properties. She’s careful not to speak in binaries often, but you get a peek inside her head. She makes an interesting and necessary distinction between cruelty in written art and visual art. But the question remains the same throughout: where does the use of cruelty work effectively — and where does it come off as an infliction of even more meanness on the audience?

Her exploration of performance art is impossible to look away from. 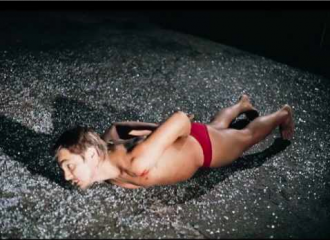 Reading about Chris Burden crawling through shattered glass in his underwear, hands bound behind him, during a commercial spot on national television feels exhilarating. Here, the artist is being cruel to himself — and making everyone watch.

As Nelson moves along, you begin to get excited when she turns her attention to an artist you’re familiar with. She grapples with Jenny Holzer’s Lustmord project, images of torture from Abu Ghraib, Brian Evenson’s books, and even Yoko Ono’s Cut Piece. Each exploration is nuanced and thoughtful. Each piece mentioned will send you scrambling to YouTube or an art museum.

You begin to see how complex our relationship to art is – and how muddy the waters can get when an artist invokes cruelty to make a point. It’s an exciting book in a time of too few exciting books. Read it once and you’ll find yourself examining cruelty in art, and the world, through new, alert eyes. 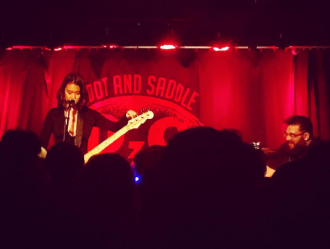 Hype is typically bullshit. But every now and then, the hype is building for good reason. Case in point: Mitski.

Performing as part of a three-piece at a sold out show at Philadelphia’s Boot & Saddle, Mitski held her bass in a way that recalled PJ Harvey behind her Gibson.

Throughout the set, she was rather quiet, but it only served to offset the beauty of the performance. Each song is built around her voice, which is flawless live. Illuminated, she became a chanteuse, her face poised, each note throaty and impeccable.

The setlist focused largely on Bury Me At Makeout Creek, with its sparse lyrics and droning guitar.

Makeout Creek vacillates as an album; what seems to be a sad melodic love song soon bursts into a rapid deterioration of riffs or Mitski shrieking “Fuck you/And your money.”

Those rough edges keep the album from being too saccharine. And the lyrics push her back into PJ Harvey territory. When she croons “I always wanted to die clean and pretty,” you want to, too.

And it translates into a captivating live show, a blendering of Sleater Kinney and Francoise Hardy. The set was dreamy (“Francis Forever”) and then cruel, the guitarist riffing out the fuzz of “I Don’t Smoke” and “Drunk Walk Home.”

Then, another treat: her cover of the Calvin Harris and the Disciples’ dance hit “How Deep Is Your Love.” Through her lens, the song was slow and aching, the lyrics becoming incredibly sad.

Cast in a blue light, singing “How deep is your love? Is it like the ocean? What devotion?,” you couldn’t help but think of Portishead, of that turning wooden heart.

“I can’t see your faces,” Mitski said into the spotlight then. “But I have to believe you’re there.”

We were there. And we ate it up, would have watched her forever.

The Violet Hour: Great Writers At The End
Katie Roiphe

I keep circling death like a vulture. Ever since I was young, people around me have been dying — my grandparents, my friends, my relatives. It’s morose to say that, to face it down. 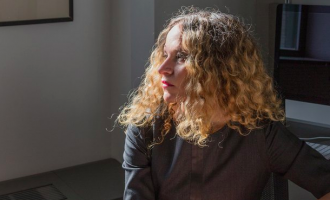 In The Violet Hour, Katie Roiphe tackles the riddle of death for great authors. Through extensive interviews with family and friends, she determines how their last days played out — and how they began to view death as it inched toward them.

The writing here is solid, but unadorned. The research is where Roiphe shines – and by setting aside flowery prose, she allows the thoughts and feelings of the dying writers to take center stage.

It’s a strange experience to read the book — to feel close to Susan Sontag, for instance, as she refuses to believe she is finally dying after a risky bone marrow transplant. Sontag is so resistant to death that it seems even the doctors don’t have the courage to tell her when the transplant fails.

Each author faces death with a different mindset: Anger, acceptance, or a an austere psychological approach in the case of Freud. It feels exceedingly intimate to be with these authors, or at least get a glimpse inside their heads, as they make their way toward death.

Roiphe notes that death is often contained within a hospital, leaving a mysterious air about it, a Western approach to sanitize the end. Her exploration brings us into those hospital rooms, into those final moments, and forces us to face what happens there.

It might hurt, and it might sting. It might call to mind those moments you’ve lost those you care the most about and how they faced death, their final hours.