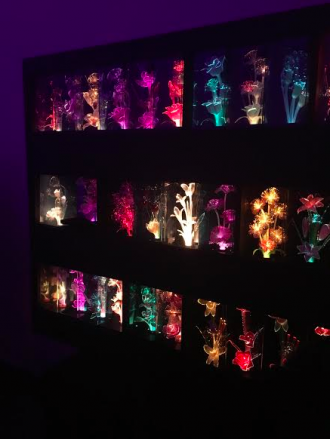 But then there was Beach House.

Outside of their current tour, the band is offering up one-off shows for small audiences in special locations. For Philadelphia, with the help of the always on-point R5 Productions, that space was the Icebox in the Crane Arts Building.

We were told no photos, videos, or applause until after the show. We made our way through an art gallery, then into a small foggy room, lit with blue and red track lights. We sat on the floor in the strange purple cloud. It felt like at any moment, something beautiful was about to happen. Then it did.

A black screen parted to reveal the duo behind a silvery screen.

The songs were all the stripped down favorites, early numbers from Devotion and self-titled. As they performed, projections began shooting from the center aisles to the walls and across their faces.

In the darkness of the gallery, it felt like watching old home movies of Beach House playing in flickering candlelight.

Eventually, four black boxes against the walls lit up to reveal rows of prismatic flowers that swirled through the rainbow.

The projections kept going, dazzling flowers and dots of light swirling across the walls and the screens. The setlist kept to simple early bangers – “Saltwater”, “D.A.R.L.I.N.G.”, “Tokyo Witch”, “Master of None”.

The simple depth of the vocals and the stark beauty of the lyrics are what keep Beach House in rotation for me. That and an endless bittersweet sadness. But a night like this — intimate, artistic, glowing — is what reminds me of the human heart, of the compulsion to create, always, something beautiful and true.

Is anyone else never finishing books lately? I pick them up, read 20 pages, bemoan the state of publishing forever, and drop them into a pile next to my bed.

I finished Problems by Jade Sharma. I knew I would after I read the first four sentences. 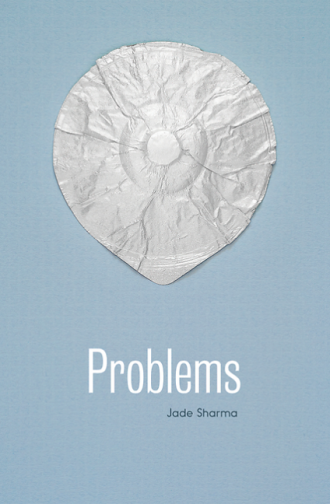 Billed as a female version of Trainspotting, the book trails narrator Maya through the dissolution of her marriage, an ongoing addiction to heroin, a brief stint in a psych ward, and her eventual cleaning-up-of-her-act.

All of this should make for a boring book by now. The heroin-tragedy has been written and rewritten a thousand times over. But Sharma’s narrator drives a loop through actions and thoughts that makes you want to stay with her.

Maya’s observations run the gamut. Banal thoughts about ice cream or leg hair switch abruptly to thoughts about shooting up or the difficulties of a dissolving marriage. These notes should feel trite, but instead feel deft in Sharma’s hands.

Sharma allows the book to breathe by giving Maya the room to be flawed with potential. Maya is a narrator who is beyond pity, and instead operates as someone you watch from a careful distance with fascination and sometimes dismay.

Maya has everything, then loses everything, then slowly tries to get it all back. Race, sexuality, prostitution, and body image issues all swirl around her — and as a result, the reader. Will she pull it together? Probably not. But then again, maybe.

Problems isn’t your typical addiction story, because it isn’t your typical narrator, written by someone who blows the usual heroin narratives out of the water. Sentence by sentence, it coils around you, then tightens. It’s a compulsively readable trap.

Brooklyn is a nightmare, but for one night it wasn’t.

St. Vitus feels like the bar you wish you were always at. Everyone was drenched in leather. Death metal isn’t my usual speed — I can’t tell you too much about the difference between blackened death metal and death grind. But I can tell you a little bit about Pissgrave. 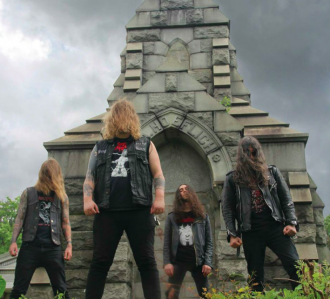 The band built credential on a single self-titled demo cassette in 2014, and followed it up with 2015’s Suicide Euphoria (Profound Lore Records). They embark on a tour of Europe this summer.

And when they took the stage, it took only a split second to realize they weren’t fucking around.

Overall, Pissgrave live sounds like a chasm splitting open in the earth so Satan can share a few thoughts with you.

The vision of the band is so singular it might knock the wind out of you. Timothy Mellon’s vocals are impossible to decipher, but somehow even more ominous and impactful than they would be if you knew what he was growling. The machine-gun drumming of Matt Mellon and Demian Fenton’s riffs built and then fell apart and then built again.

These songs have been described as having the sound of being abandoned, and that feels right — not abandoned in the sense that someone gave up on them, but abandoned in the vein of old churches that are crumbling with the structures still intact. They are constantly collapsing and morphing into something else, something more terrifying. There’s no ground to stand on, just terrifying rubble and sky.

In art, success is often measured by how hard you can commit to a concept and make it come alive. The same holds true in death metal, if Pissgrave is any indication. Catch them in Europe if you can. 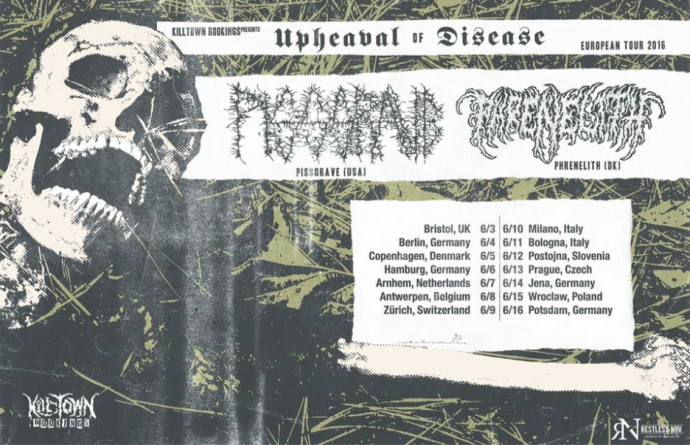