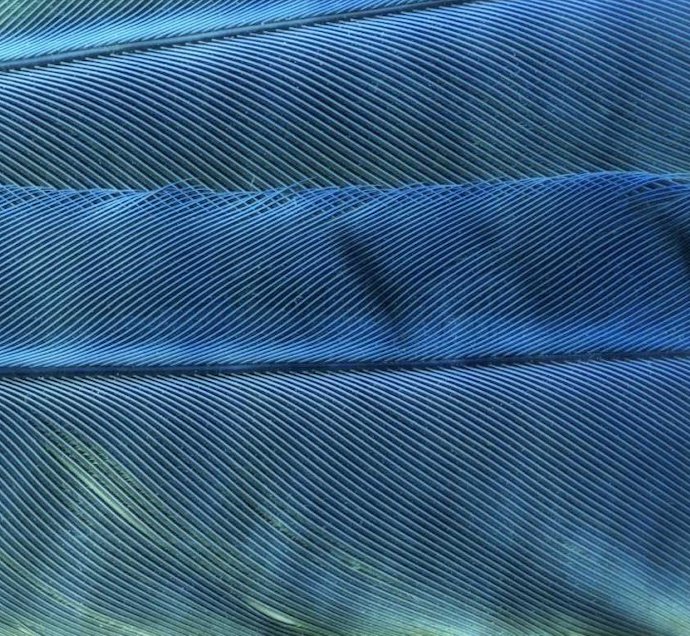 Blue jays are widely considered to be
a. greedy and unscrupulous
b. more tyrannical than brave
c. malevolent devourers of the eggs of birds more highly regarded by humans than itself

What are they thinking? Any kind of blue bird is like
a. blue moon ice cream and blue balloons
b. ( swimfloatdrifting / fragment of heaven )
c. impossible to dislike

If you backlight a blue feather it
a. loses it blueness
b. carries sticks for the devil
c. enjoys the fruits of its knavery

Animals blue jays can attack include
a. raptors
b. squirrels
c. your sister

Blue jays employ a mob assault
a. to chase away other birds from food sources
b. to fend off predators
c. with a body-to-brain ratio only slightly less than humans they can be bullies just like us.

Blue jays mostly eat
a. acorns, nuts, fruits, grains
b. house paint
c. the eyes of grouses, all the birds of an aviary

Blue jays rub ants over their feathers before eating them
a. to remove the formic acid that the ants are covered in, which is not tasty or good for you
b. to get rid of lice and other parasites
c. in hatred of timid / & loathing for(dull all / regular righteous / comfortable)unworlds

Blue jays can imitate the sound of raptors to
a. scare away other birds so as to steal their food
b. cause small birds to investigate the threat, revealing the location of their (delicious) eggs and nestlings
c. peck squirrels to a pulp

The purpose of the black bridle that runs stretches around the bird’s face, nape, and throat is to
a. help the birds recognize each other
b. highlight the bird’s crest, the position of which communicates how the bird is feeling
c. not everything a blue jay does has a reason

Animals that can kill blue jays include
a. owls and raptors
b. dogs and cats
c. gulls

The feathers of the blue jay’s wing primaries and tail look like
a. Joan Mitchell’s Les Bluets
b. sapphire, aquamarine and diamond Hansel and Gretel crumbs to guide you out of a forest
c. a blue yellow brick road

A dream about blue jays might mean
a. inner fire and passions to be discovered
b. it’s time to come clean
c. we too one day will be a jack-of-all trades

Blue jays have been credited with
a. facilitating the spread of oak trees after the last glacial period
b. being the source of the term “jaywalking”
c. carrying food in a gular pouch

Appropriate things to say to a blue jay are
a. Git on back to hell, whar you belong at
b. I’d rather you shot at tin cans in the back yard
c. I figure that any bird that becomes raucously outraged whenever a human approaches has to be fairly intelligent

* various phrases in the poem taken from John J. Audubon. Birds of America http://www.audubon.org/birds-of-america/blue-jay, including: “more tyrannical than brave” “enjoy[ing] the fruits of [his] knavery” “the eyes of grouses,” “all the birds of an aviary,” “scattered arsenic,” & “infusions of tobacco.”
* “( swimfloatdrifting / fragment of heaven )”& “in hatred of timid …”  ee cummings, “crazy jay blue” https://www.poetryfoundation.org/poetrymagazine/browse?contentId=25514.
* “blue terriers:” Emily Dickinson, qtd. in Jennifer Ackerman, The Genius of Birds. Penguin, 2016. p. 107; The Life and Letters of Emily Dickinson, Emily Dickinson and Martha Dickinson Bianchi, p. 199.
* “your sister” & “peck squirrels to a pulp:” https://www.whats-your-sign.com/blue-jay-animal-symbolism.html
* “vocabularized geysers:” Mark Twain (said about the bird’s speech), http://bancroft.berkeley.edu/Exhibits/mtwest/call_bluejay.html.
* gulls: (“a gull ingesting a blue jay”), Ackerman The Genius of Birds, p. 33, from Louis Lefebvre; this one comes under the category of “unusual.”
* “Git on back to hell, whar you belong at:” Faulkner, The Sound and the Fury.
* “I’d rather you shot at tin cans in the back yard,” Atticus Finch in Harper Lee, To Kill a Mockingbird (Full quote: “I’d rather you shot at tin cans in the back yard, but I know you’ll go after birds. Shoot all the blue jays you want, if you can hit ‘em, but remember it’s a sin to kill a mockingbird.”)
* “I figure that any bird that becomes raucously outraged whenever a human approaches has to be fairly intelligent:” Loren Webster, “In a Dark Time The Eye Begins to See” blog; blog post “Tribute to a Blue Jay,” http://www.lorenwebster.net/In_a_Dark_Time/2008/04/22/tribute-to-a-blue-jay/.

The resplendent quetzal is so called because
a. this moniker distinguishes it from other types of quetzal which seem resplendent to me too tbh
b. the prefix re added to splendēre, formed the Latin resplendēre, meaning “to shine back”
c. it has thin skin; to call it anything else would upset it

The male resplendent quetzal’s plume
a. can extend two feet beyond its tail
b. is made of feathers on top of the tail rather than tail feathers and therefore cannot be shook
c. falls off sometimes

That streamer in full flight is like
a. a serpent
b. an airplane banner plowing across the sky, Marry Me Diane!
c. a bad idea practically you think, as is most high fashion

Quetzals are part of the trogon family. Trogons are
a. nibblers
b. mostly only altitudenally migratory
c. proud of their cosmopolitan distribution in the worlds tropics

A “trogon” is a word that sounds like it means
a. an ultramarathon event in which contestants stop to lift weights every so often
b. a type of geometrical instrument
c. a strong multipurpose cleaner

A quetzal is also
a. a polymer banknote
b. crimson-hearted green apple one minute, peppermint foil the next
c. silent on very windy days

Resplendent quetzals like to eat
a. little avocados
b. while hovering and stalling
c. around midday

The birds are frugivorous. This means
a. they like to eat only in moderation, and nothing too expensive
b. they live on radishes and Doozer sticks, like Fraggles
c. they sometimes must resort to omnivorous practices

and have crests like
a. Montezuma’s headdress
b. a pizza cutter
c. a green dandelion

and primary wing coverts like
a. rhinestone cowboys
b. curved fingers
c. someone who wants to keep a secret

The female
a. is more home-and-country casual than haute couture
b. is less photographed
c. lays two eggs in a nest in a hole in a decaying tree

Quetzals prefer decaying trees for nests because
a. they are easier to make holes in
b. messengers of the gods and spirit guides are humble sorts, no palaces are necessary for them
c. they like to live on the edge, vulnerable to stochastic events

Ancient Aztec and Mayan temples were designed to produce an echo that sounds like a quetzal when people clap their hands in front of the entrance
a. yes
b. no
c. maybe. Similar noises are produced by echoes + staircases at other religious sites in areas in which there are no quetzals, but this doesn’t really refute this possibility

Factors responsible for the decrease in the resplendent quetzal population include
a. deforestation
b. slash-and-burn farming methods
c. the bird’s pickiness in choosing a suitably decayed tree for its nest

Quetzals live in cloud forests. This habitat can be described as
a. a talc-dusted dreamland with epiphyte, bryopyhte, lichen, bromeliad, fern
b. dwindling
c. you basically look at the obituary notices

The domestic chicken, Gallus gallus domesticus is
a. a subspecies of the red junglefowl, Gallus gallus
b. the most common bird in the world
c. set to become the key fossil evidence of the Anthropocene

The first chickens were domesticated for
a. cockfighting
b. eating
c. because they were a sacred animal

Chickens were first domesticated in
a. China
b. Thailand
c. India

Chickens have been symbols of
a. ideal maternal and paternal love
b. vigor and valor
c. divine fertility and life force

Chickens in a flock
a. have a communal approach to the incubation and raising of young
b. establish a “pecking order”
c. are able to recognize up to 30 individuals of their own species as well as other species, including humans

Do chickens have what we think of as feelings?
a. yes, for example when mother hens see their chicks in distress they behave as if they are experiencing the pain (a classic sign of empathy)
b. yes, for example they display mourning behavior when a chicken in the flock dies
c. yes, studies keep showing that they are intelligent and caring animals, but the more important question here, which is not really a question, is can they suffer

“Going broody”
a. is when a hen stops laying and focuses on the incubation of the eggs
b. never happens with egg-producing chickens since chickens only incubate when they have collected about a dozen eggs to sit on
c. who killed it who plucked it who / transported it who cooked it

Just before hatching
a. who clicked / the jutty bit of plastic on the clear dome
b. the chick ingests the rest of the yolk
c. the chick pecks a breathing hole with its egg tooth

The hole appears then
a. the seam like earthquake crack in the pavement
b. ragged jolts from within
c. pulleys and a feeling of muffled / shouting

The chick emerging is like
a. wet stringy-barked unfolding
b. accordion-like mystery
c. how it ever fit in

The hatched chick is
a. a shaggy heaving, thrashing to get right side up
b. or right-sided flailing drunken sailor, tasing victim
c. trailing egg goop, eggshell, more / flailing

All this
a. can go on up to 24 hours
b. flopping, clawing, the all-powerful / will
c. aftershocks of a coming into what sort of / being

In most countries, battery hens are allocated space the size of
a. the proverbial postage stamp
b. less than an A4 sheet of paper
c. what body counts / of creatures and dreams

Hens in the wild lay 20 eggs per year. Battery hens are engineered to lay
a. 500
b. so much that their uteruses prolapse and their bodies are depleted of calcium
c. i mean, you just can’t even

“Cage fatigue” is
a. osteoporosis in battery hens
b. weakened bones, spinal cord deterioration and paralysis
c. we are not being honest with ourselves

Some of the other features of battery hen life in most countries are
a. fatty liver hemorrhagic syndrome, ammonia-burned eyes from uric acid in manure pits
b. respiratory disease, cage wire injuries; living on top of dead cage-mates
c. as if body language and the tone of their cries were not evidence

These hens are then
a. slaughtered and used in processed foods
b. force-molted to reinvigorate egg-production
c. when you asked i said

Force-molting involves
a. starving the hens
b. water deprivation, harsh lights, and blackout schedules
c. all poems are love poems but because it fit the moment

Some of the features of broiler chicken life are
a. the same as battery hens except on the ground rather than stacked on top of each other
b. being forced to grow 65 times faster than normal
c. obviously they’re not

The vast majority of high-producing free range farms are
a. happy chickens scratching around
b. rolling green hills
c. a packaged lie

At the slaughterhouse chickens are
a. hung by their feet
b. stunned by being dipped into an electrical water bath before their throats are cut, which is the ideal scenario, everything going according to plan (it doesn’t)
c. we know all this stuff, don’t we? Right?

Rose Hunter’s latest book of poetry, glass, was published by Five Islands Press (Australia) in 2017. Born in Australia, she lived in Canada for ten years and then Mexico for almost as long. More information about her is available at rosehunterwriting.com, and she tweets @BentWindowBooks, a chapbook publisher of poetry and hybrid forms that she founded.