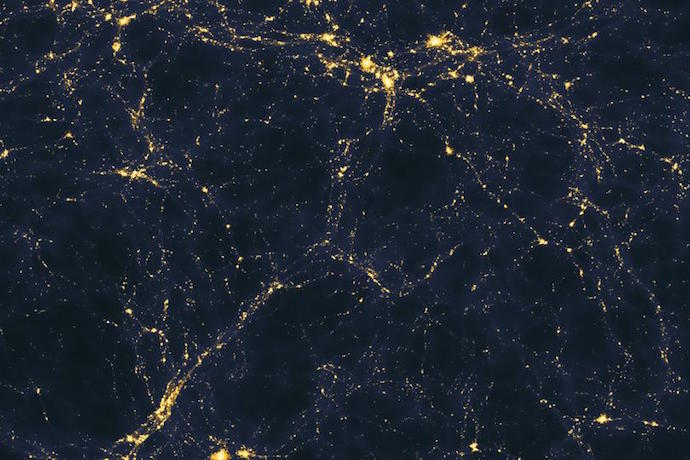 There is something to be said for when your life grows tired of you. It will leave just a like a human. This is one of only two superstitions I have created for myself. The other one dictates that you should always be caught doing exactly what you want to do on New Year’s Eve in order to set the tone for the rest of the year. Both superstitions are about learning to be a better reader of life, which anyone can forget to do. To be doing exactly what you want on New Year’s gives you a way to reflect on whether or not your current life is a continuation of an intention. Even if you were kissing in an alley come midnight. Or dancing with a friend who was also moving to the music but crying. Or deserting a party full of NPR listeners to eat cookies with the doorman at a really shitty punk show. Or saying the alphabet backwards in an attempt to forget every thought you had before the letter Z that day.

When my life began to leave me behind, I was twenty-six. I was stubborn like anyone who was purposely forgetting to wear deodorant or pay parking violations. It was still cheap to live in Seattle. I kept doing as my father told me: Live life before responsibility sets in. But life was already moving ahead without my permission. It was making me suspicious. For example, over and over the alarm wasn’t going off and I was late for everything. For example, so many buildings on the walk to work underwent construction, I was always crossing under ladders. Overhead, workers and jumpers dangled their feet dangerously.  Dread set in. I thought, Maybe my life hates going to my job, hates the constant rattling glass of the homeless shelter door slamming all day. I thought, Maybe my life hates my apartment. I kept losing my house keys, then climbing on dumpsters to reach my own window, eyeing bits of rope in other people’s houses. The landlord had painted over the latch so my window never locked. This led to the cat escaping. I had a dream she told me she hated her name and asked that I call her Renee. I kept finding her moaning next to the dumpster under our window. I couldn’t figure out where she wanted to be. She’d go silent as soon as we got inside.

Before I realized my life was leaving me behind, an old memory arose. A psychologist told me that emotions happen just like education: Recall occurs only when you are in the same state of mind that you were when you learned. If you learn French when you’re drunk, you’ll remember it best when you’re four drinks deep and impressing, or not impressing, a new lover. This memory was the beginning of a fear that I began to feel again. It started at sixteen when a man kidnapped me from a Wal-Mart. He told me he was selling books. I wanted to be a better reader. He put me in his car, then drove to an all-night restaurant. I could see my life being taken from me, so I hid in the bathroom until he finally left. In a friend’s car, all the way home, I repeated, “You were kidnapped, you were kidnapped, you were kidnapped” to myself, then never spoke of it once I was home. There are memories you must hold onto but never speak of. It is part of owning your life, holding it so close it never escapes your body.

As I was beginning to look for more evidence of my life leaving me behind, my father told me that everything I was missing  – a partner, children –  made it harder and harder to talk to me. My life had little conversational weight. They say a parent lives longer the more you visit. It began to frighten me to be so far away from home, to have a job that made me too poor to travel or pay for internet some months – like I was withholding bits of life from him. Since I was sixteen, I have been reading a poem that says, “In a field/ I am the absence/ of a field” because, when I am lonely, I need to picture a person-shaped blank space inside a large landscape. It is important to see how lush grasses cover up a path, how the trees keep summer in them despite an absence.

Just before my life began to leave me, I’d killed off yet another relationship. Like the kidnapping, I told no one about it. People noticed the empty chair next to me, then began to reserve one less place at brunch. It ended in front of a camellia bush in first blush though it was too early for flowers. But how could a camellia predict snow on the coast? How could its branches foresee winter lasting far into April? I couldn’t explain to him that it felt hopeless driving through freak storms to see him. I couldn’t tell him that I felt haunted for months by a dream. In it, two lovers wore only wedding clothes until, one day, they went behind a barn among grass that was tall and kelly green. They began to whisper, “We’re married, we’re married, we’re married.” Their faces drew so close they kissed. As they did, the man put his hand to the woman’s chest, then reached in and pulled out a very hard, almost yellow pear. She was not dead, not dying, just frozen. In the dream, I couldn’t imagine how she could live without the fruit he took from her body. It ended there. My lover couldn’t understand when I said I couldn’t live the life he had planned for us. It wasn’t what I wanted. He spat on the crushed petals beneath our feet and walked the other way. I followed him back to his rented room. We had grim sex, then I picked up my possessions and left. He texted to say he’d mail me what I forgot, which was pretty much everything.

After that, before I realized my life was leaving me behind, everyone started moving away because they were in love. I was too, if you count limerence – when the body continues to feel in love despite the lack of a lover. Two friends left by train. Then two more took off in a Subaru. Two found a big house very far south. It went on like that. There’s a superstition about numbers adding up to a certain destiny. It’s hard to say what to do with zero. I had no explanation for why everyone was heading east. I offered no argument against cat sitting and collecting the abandoned end tables, ugly sweaters, and single-use kitchen gadgets. When your life begins to leave you behind, you are left with the detritus and no words to describe how lonely it feels to be among possessions.

Around the same time, a man showed up outside the shelter. After this, I would believe my suspicions. The man showed up while I was sitting at the front desk, next to the front door. Something was dire. His face was pale even in the dark early morning. He came up to the door to pound on the glass with an open palm and left a mark. This mark was darker than the dark, each finger perfectly shaped, though smudged at the bottom. He lowered his hands to curve around an object sticking out of his chest. It was a knife. And, yes, I called for help.

While waiting for the police, I remembered when my life was still interested in seeing what the city looked like from the top of the Space Needle. Once, back on the ground, I met a car thief. He told he was trying to be happy with what he has. He was always asking what I love and I would always say I loved making fun of things. I said I didn’t want to take life seriously. I said I had never broken a bone because I was really scared that it would hurt to die. I just knew I never wanted to lose my life. He laughed and made it okay to be such a jerk. He said not wanting is another form of wanting. Just like an unlocked window is another form of safety.

I finally realized my life was leaving me behind as I watched that man’s life leave his body. It took hours for the police to arrive. I watched him fall to the ground, his clothes changing color. His hand still pounded the bottom of the glass door, prints blotting out the other long-fingered prints. There was nothing I could do. The door was unlocked but I couldn’t leave. I knew I couldn’t stanch the wound. I had nothing to protect me if I touched his blood. Out the window, I could only see night, but I was afraid there was a killer out there. The man was very quiet. It looked like he was wrestling with an invisible being. I watched a breath heave his body and then no more. The handprints dried. His finger reached up to tap the window softer and softer. Until it didn’t.