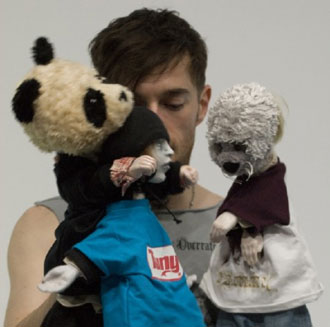 French theater director ‘Gisèle Vienne’s Jerk is based on the chilling text of Dennis Cooper. It is a story told from the vantage point of David Brooks, the real life accomplice to Texas serial killer Dean Corll who was responsible for the deaths of more than 25 teenage boys in the early 1970s…Jerk is theatre at its starkest, a harrowing journey into the most hidden corners of the human psyche.’ Dates range from January 7th through the 17th at PS122. (I keep missing this for one travel reason or another, and now it’s moved on from NY to Vancouver.)