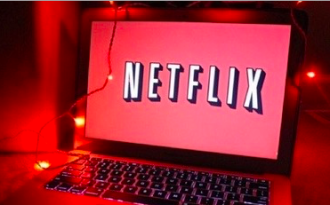 Even if it didn’t feel like the world might be ending any moment (which it does), I would probably still be spending most of winter alone in my apartment watching Netflix. It’s the only time of year where wallowing is socially acceptable and I take full advantage.

I could lie. I could say I’m catching up on award-winning foreign films.

But I’m not. I’m in my thirties and I’m enjoying trash. However, not all garbage is equal.

Here lies a longer look into the pile.

Law and Order: Special Victims Unit
It’s complete and total bullshit that SVU’s licensing deal with Netflix means that only the four most recent seasons are available. I would be lying if I told you that wasn’t 50% of the reason I am a Hulu subscriber.

The Santa Clarita Diet
You can watch this show as a man’s journey to accept and come to terms with the fact that his wife is a changeable person with autonomy, or as a lighthearted family comedy. Either way, I liked it, but wished Timothy Olyphant took his shirt off more.


Bones
I was really depressed a couple winters ago, and decided to hide in a TV show. My requirements were that it be very long running, and not require me to put much effort into paying attention to it. So, I watched every single episode of Bones. Spoiler alert: It takes, like, 11 seasons for someone to finally say, “You can’t science your way out of this one, Bones.”

Antibirth
This movie is a mess. The concept is really good — a woman unknowingly takes an experimental drug at a party that gets her pregnant and has to deal with the consequences — but the execution is just a disaster. I can’t help thinking it’s because it was written and directed by a man.

Instead of being a terrifying meditation on forced motherhood, which is something I am actually very afraid of, it’s just kind of a mumblecore movie where some fuck-up (however charmingly played by Natasha Lyonne) mutters “I can’t fucking be pregnant” for an hour and ten minutes, while becoming increasingly pregnant, and then at the end there’s like 10 minutes of horror movie wrap up. You should just watch David Cronenberg’s The Brood, even though it’s not available to stream on Netflix.

Comedy Bang Bang
This show is fine. I mostly put it on when I come home drunk enough to want to cook myself some food and need background noise. I have this problem where I get these really great, elaborate ideas for making pasta when I’m drunk, and then it takes me too goddamn long, so by the time it’s actually done, I eat, like, four bites and then fall asleep on my couch next to a bowl of food. It’s okay, though, because it’s usually still pretty good for breakfast.

New Girl
My brother really likes this show, because he likes shows where everyone is friends (but not the tv show Friends). He tried to get me to watch New Girl for five years. I finally relented, and mostly hated it, but then I took some Flonase before bed, and woke up kind of high and couldn’t go to work, so I watched a bunch of it, and it either isn’t that bad, or I have Stockholm Syndrome.

Don’t Trust the B—- in Apartment 23
James VanDerBeek in his finest role: himself.

Band of Robbers
When I was 8, and I had to get a special note of permission from my mom to take The Adventures of Huckleberry Finn out of the library, because no one wanted to be responsible for a kid maybe not understanding satire. Good thing I did! And anyway, I mostly wanted to read it because I saw that Disney version with Elijah Wood and Courtney B. Vance, and had developed a weird crush on the character. And, I guess, Elijah Wood?

Third grade sexual awakenings aside, I think people revisit Tom Sawyer and Huckleberry Finn too much, so I was not expecting to like this movie as much as I did. It was a pretty solid indie noir that would have been equally good if none of the people in the movie were named after Mark Twain characters. My biggest issue was that everyone was dressed like a fucking idiot, although no one more than that scrawny guy from Criminal Minds.

Criminal Minds
Greg from Dharma and Greg stars in this show. Did you know that he was catfished for two years by some lady in North Dakota? He was also recently fired from this very show for kicking one of the writers. Whenever I’m feeling bad about myself, it helps to think of these things, because I have never been catfished, fired for acting like a child, or costarred in a Chuck Lorre TV series with Scientology’s Jenna Elfman.

This is a bad show, and I have watched all of it. Twice.

Documentary Now!
Who among us hasn’t been through a “prestige documentary” phase? That shit’s exhausting.

This show is really well done, and pretty funny, and probably the best use of Fred Armisen, who I have been wary of ever since reading the scores of articles on the internet about how he’s an awful person, but still see fucking everywhere.

I don’t know what this says about me, but I am also strangely attracted to Bill Hader in the two-part “Gentle & Soft: The Story of The Blue Jeans Committee.”

Werner Herzog Documentaries
…that I swear I will watch as soon as I want to be reminded of how alone I am in a chaotic universe, in no particular order:

Witches of East End
This Lifetime original was cancelled after only two seasons, which is kind of a bummer, because it was ridiculous trash and I loved it. It was about a witch, who was cursed by some guy to watch her daughters die in each of her many lifetimes. And her sister is there, and she’s trouble. All of the men on this show are supposed to be hot, but none of them are. It’s okay, though, because I was really just watching it for the sisterhood and poorly explained time travel.

Rectify
This is a really well acted, well-written, well-directed show. I keep putting off watching the third season because it’s also one of the most fucking depressing things I have ever seen.

The Keeping Room
You can tell that the script for this movie was pretty decent, but it was directed like it was a slow, meditative indie movie instead of how it should have been, like an exploitation movie. It’s a shame, because the whole thing would have worked better if the build to violence had been a little less solicitous and a little more Peckinpah. None of the white people in this movie can pull off a southern accent.

Step Up
I’m going to be honest with you: I added Step Up, the dance movie where Channing Tatum and his wife, Jenna Dewan-Tatum (star of Witches of East End!), met and fell in love, to my Netflix queue while I was writing this. And unlike Take This Waltz, a movie that has been on my queue for years that I am probably definitely never going to see, I’m going to watch the shit out of it.