Fando y Lis, the first full-length film by Chilean filmmaker Alejandro Jodorowsky, incited a riot when it premiered at the Acapulco Film Festival in 1968, and was eventually banned in Mexico. Blasphemous, sexually deviant, and at times brutally violent, the film is a product of the Mouvement Panique, the collective founded by Fernando Arrabal, Roland Topor and Jodorowsky in Paris in 1962, which, in the spirit of Antonin Artaud’s Theater of Cruelty, aimed to create performances that provoked the senses of the audience, rather than emphasize the importance of staging written texts in front of passive viewers.

When Jodorowsky filmed Fando y Lis, he based the plot entirely upon his own recollection of his previous experience of directing Arrabal’s play by the same name in Paris. Shot in black and white on the weekends on a low budget, the film follows the pilgrimage of the dysfunctional relationship of Fando and Lis to the mythological, paradisaical city of Tar. Fando, the stereotypical dominant yet dissatisfied and inadequate male, pulls Lis, a paraplegic trophy wife, through a terrain of ruins and indistinguishable landscapes, in a wagon clad with a drum, gramophone, and baby doll—all serving as symbolic relics of their childhood, representing both what brought them on their journey and what they would have to confront along the way. 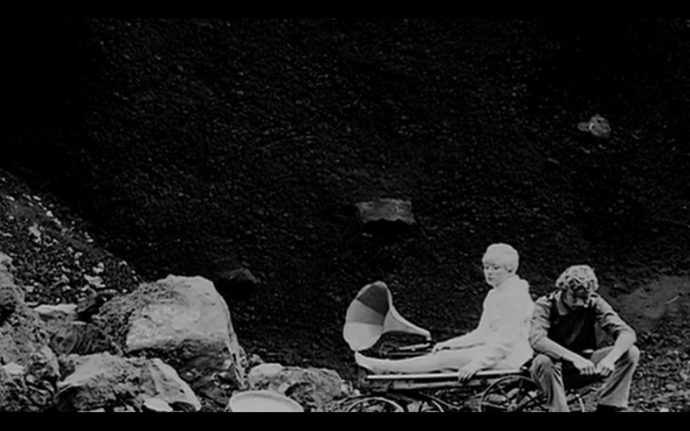 Jodorowsky utilizes a non-linear plot to experiment with the co-existence of the past, present, and future as it manifests in memory and desire. At times, memory is portrayed as inescapably traumatic, as seen in Lis’s consistent flashback to getting raped as a child, triggered by sexual advances made in the present; at others, it is merely the storehouse of grounding, formative moments that compose and drive the character in the present to some desired future. This inextricable link between past and future, or memory and desire, can best be seen in Fando’s flashback to his father’s storytelling of Tar, which goes on to serve as the driving force behind his search for the city. Whether memory and desire are exclusively benevolent, neutral, or negative isn’t the point; Jodorowsky challenges our conception of each, while also showing their unavoidable power over and influence upon the human psyche. 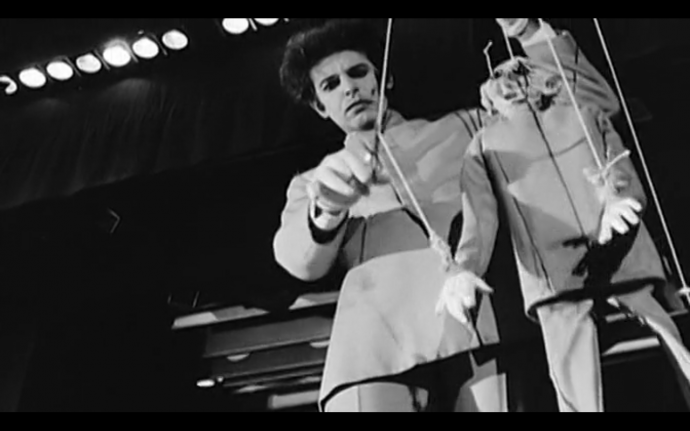 The theatrical aesthetics of the Mouvement Panique can be seen, or rather experienced, throughout the film, whether in deafening sounds of buzzing mosquitos, pre-historic bestial screams during percussive tribal seances, groups of naked bathers wallowing in mud to the resonating sound of a pounding heartbeat, Lis giving seven consecutive births to pigs, or a congregation surrounding an open coffin, all of whom are snipping scissors, and cutting the flesh from a corpse and eating it. As in all of Jodorowsky’s work, the texture and ambience of the film is of equal importance to the narrative.

Perhaps one of the most obvious manifestations of the aesthetic of the Mouvement Panique is in a flashback, where young Lis, the single-audience member in a theater watching Jodorowsky, dressed and performing as a puppeteer, cuts the strings from a puppet, and lures her backstage, where agents, carnivalesque performers, and philosophers chase, taunt, and eventually rape her. The rape, staying true to the style of the Mouvement Panique, isn’t portrayed simply as physical rape, but by hands holding chicken eggs, which squeeze them as they bust open to the sound of firecrackers and Lis’ screaming. The performance transcends the act, offering symbolic meaning and aiding in the overall texture of the work.

In addition to the plot and aesthetics of the film, Jodorowsky problematizes and trivializes any form of answer or truth in the movie. For instance, in the scene described above (when Jodorowsky leads Lis backstage), he states, “Let me show you my world.” Before she is raped, a group of philosophers are shown arguing about the direction of the wind: “What matters is where the wind comes from…What matters is where the wind goes to,” back and forth, until one asserts, “What matters is sleeping,” and the group falls silent right before they pursue Lis. Here, from the beginning of the film, Jodorowsky forces the audience to reconsider the nature of such meaning-making disciplines––in this case, it’s philosophy, but he goes on to confront societal, spiritual, psychological and religious conceptions of truth and meaning, ultimately leaving the audience with little to nothing, if nothing at all, to make conclusions from.

Jodorowsky also trivializes Fando and Lis’s journey. At the beginning of the movie, as the narrator describes the story of Tar, he firmly states, “If you know where to look for it, you will find it”; however, throughout the movie, the couple never knows where to actually look. When they begin their journey, Fando asks Lis, “Is this the way?” And Lis responds, “Let’s see.” But in the scenes to follow, they’re met with complete uncertainty: they move across terrains, but they seem to be endlessly wandering; with everyone that they encounter, they’re given no sign to where they are or where they are going, leaving the main characters equally as disoriented as the audience. 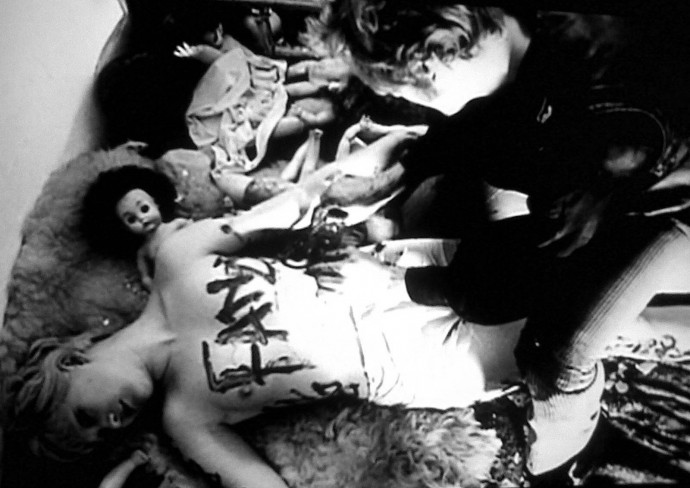 On the road to Tar, Fando and Lis find people who seem to be searching for the city with them, others who think they’ve already found it, some who try to keep them from reaching it, and then those that have been deformed, transformed, or defeated by their attempts: a bourgeois cocktail party scattered amongst buildings in ruins, the disheveled mystic priest maniacally dancing and sucking milk from the teat of a young girl, a group of cougars playing cards, a tribe of drag queens performing a ritual, a blind man and a priest holding a wine glass and syringe asking for “a little blood for the love of God,” a cocoon surrounding two motionless bodies, a band of hyper-masculinized women dressed in suits or appearing as savages, even Fando’s dead mother and father—the list goes on, with only one unifying similarity: everyone is on the road to Tar, but no one has found it.

But Jodorowsky doesn’t stop there–it would be too easy to simply conclude that Tar does not exist. There are moments that come close to ecstatic paradise, but none more so than when Fando and Lis, inside a dilapidated abandoned house, paint each other’s naked bodies and the walls around them with each other’s names as wild Mexican free jazz nearly drowns out their screams and laughter. The scene ends with the them dumping the buckets of paint onto each other, and then stumbling out of the house. Incredibly disorienting, yet strangely blissful, it’s moments like this where the film opens up–where Jodorowsky snips the strings from the puppet and leads you backstage, violently dismantling your understanding, problematizing your conclusions, and instilling in you the same nostalgia and desire that act as fundamental driving forces for all those in search of Tar.