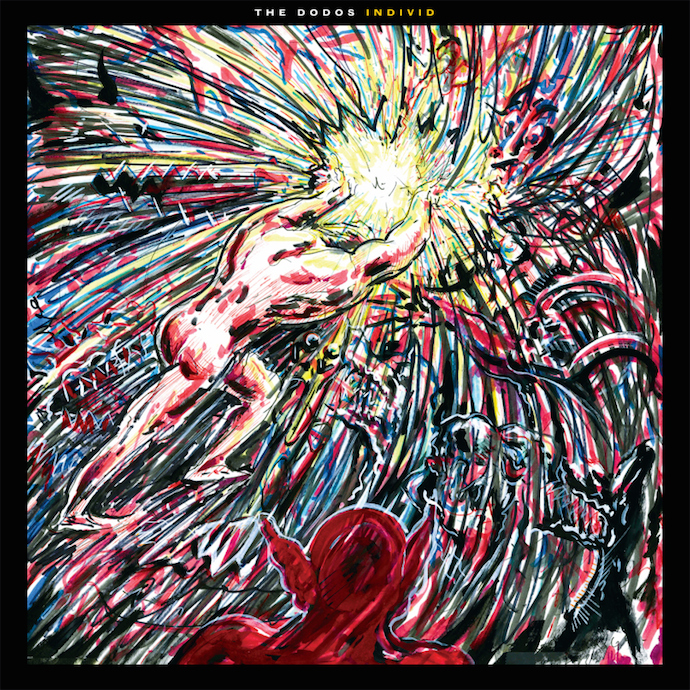 The crux of the article is there right at the top—Even the greatest records have that one annoying song–and I happened to read these words two days before Dan sent the new Dodos, individ, four days before Dan wrote and asked if I liked the new Dodos, five days before I sat down to write Dan a brief email about the new Dodos, which email ended up being quite a bit longer than intended. Instead of starting with the Dodos, or Dan, or even good old Led Zep (the aforementioned article’s jump point), how ’bout we start with Westerberg.

Exactly: Replacements frontman, legendarily almost-was, guy who (apparently) claims to be the second-best songwriter from Minnesota (and of course the trick is there’s at least two strong options for #1 [unless you don’t listen to enough Prince to know]), he and his raggedy band of misfits wailed and blasted and have admitted it lots: they were really trying. Wasn’t a pose or attempt or production when they got too drunk, forgot stuff, snorted too much and played foolish and off, wrong—was just them, trying to Rock.

So in ’93 the band’s done two years and he comes out with 14 Songs, which album’s mostly hum-alongly great and pleasing (I claim it’s among the greatest Rock records ever) except for—like a fucking dagger, a dead-center middle finger—track seven, “Silver Naked Ladies.” You may recognize it depending on how often you watch Tommy Boy; it is in no way an excellent or great or anything song. It’s toss-off greasy rock+roll, feels truck-stoppish and diesel, and I hated it the first time I heard it and thereafter, found the song just…gross. Silly. Almost a slap. Out of place sonically and attitudinally and I just listened to it again to make sure I wasn’t missing something and it plays now for me same as it did, summer I first heard it: like a shit bar where someone with a shaky dental situation is grinning while telling you grunty stories of how he most likes to enjoy himself. Nothing close to my notion of fun.

Now, the new Dodos: it’s called individ and it’s totally, totally fine. I don’t really know what it sounds like other than to say it sounds like a Dodos album, meaning: it sounds like two(-ish) guys, one on guitar+singing and one on drums, making music (though in fact individ sounds much, much broader and bigger—more guitars layered, a depth to the music, feedback galore—than even Carrier, their last album, or No Color, the one before that, or [the weakest of the bunch] Time to Die, the one before that, or Visiter, the one I fell for them through and still find most transfixing). When Dan asked what I thought of it I ended up writing this: I like the new Dodos, but feel it a lot like I did when Carrier or No Color came out: there’s a sort of knowingness that I at least convince myself I feel coming off them in the recording. It’s probably totally unfair—it’s certainly 100% subjective. There’s just an innocence that I still hear on Visiter that I don’t hear on anything else they’ve done—a sort of gnarly looseness that, I realize more and more, is what made me like them so much to begin with (I’m listening to “Red and Purple” right now, and just that weird electric guitar line that cuts through, with the vocals in the background: it sounds so itself, so unprepared, so fill-the-space instead of what-do-you-think-*should*-fill-this-space. I’m not sure that makes sense).

Between listening to the Dodos and emailing Dan I was also listening to the Wilco box set of b-sides and rarities that came out in November. There’s a sadder, weirder essay to be written about the strange deflation offered by rarities/b-sides box-sets (especially to those of us who spent—when scarcity was an Actual Thing—a lot of fun time searching out the rarities, and while one doesn’t want to make too a big deal out of it, such searching [I’ll claim] confers a sort of meaning or value that’s destroyed now that anyone can just drop the whatevercash necessary to get “No Poetry,” which some of us had to know’d come out on some vinyl-only ep that was hard-ish to find but we still found [if you’re really into music you have these pre-file-sharing Living In Finitude stories, swapping bootlegs through listserves or buying rare singles from shady dudes in the Ukraine, whatever]). But for our purposes here, I was brought back, through Wilco’s box set, to the moment I stopped listening to them, which moment was with the release of Sky Blue Sky, which I stopped caring about not because it was bad—it wasn’t, and isn’t—but because that release, following A Ghost Is Born, was a step too far for me—I couldn’t track them.

Because here’s the thing with the Dodos, and with Wilco, and especially with regard to the Crunge article: every band’s got at least two competing impulses when they make songs and albums, and for the sake of simplicity let’s call the impulses on the one hand Ease or Recognizable and on the other hand Tough or Weird. This is a gross oversimplification but you get the idea (the split’s obviously inherent in all art), and I’ll here claim any artist is always trying to find something like Balance between the competing impulses (I’m just gonna walk blithely away without defining balance there, given the task’s endlessness). You’re already mentally probably making your own list of examples of this, counterexamples proving the claim wrong, etc. Wilco’s Yankee Hotel Foxtrot played (to me) like a disc on which the band was allowing itself to tilt toward more Weirdness than it’d ever tilted before and a lot of us went along with it, amazed and grateful. A Ghost Is Born tilted to my ears even Weirder and I couldn’t or wouldn’t work up the energy to follow.

And the reason I got into the Dodos? Because Visister is an almost insanely itself album; using the metric of the Crunge article, some solid percentage of the album’s skippably weird: you’re half through the thing when Meric Long starts a song with this almost over-gained vocal going, It’s that time again, you want to leave me so I keep you home. The song—”It’s That Time Again”—is like a pushily bombastic weirdo ordering bizarre stuff from the food stand next to you at a roller derby, and originally the song pushed me way the hell back as a listener. Yet in the five years since I first heard/listened to it “It’s That Time Again” has become one of the songs I’m happiest to hear exactly because it is, for me, one of older unsolved parts of a collection I’m devoted to and believe in and love (the other similar track on Visiter is “Park Song” if it matters). I mean that: if you buy that thing Hornby wrote that Eggers said (in his essay on Nellie Furtado [from Songbook, a better book than you remember] about our need to listen to a song again and again to solve it, the converse must at least a little obtain: songs that don’t hit you on albums you love are songs you can’t solve. There’s no extra value in songs that resist our efforts, of course, or no anyway more value than what you get in a song you can end up solving or decoding or whatever.

But on individ, this new Dodos? There’s a uniformity, a smoothness. I can’t imagine in two or five years hearing a song and feeling like it’s still solvable; all of it sounds, on the first several listens, like it fits, and makes sense: I can solve it. The album makes me at least feel like someone’s just showed up to the party without bringing the friend who steals drinks and makes fucked jokes, but makes the party party, by which I mean: a thing unpredictable. I know it’s unfair to ask a band consistently do stuff with far-left-field inclusions the same way it’d be cruel to ask someone to always bring his crazy friend to a party, and yet: you can’t help missing him at 9:45 and everybody’s still just hanging out, being nice, calm as a political meeting.

Which brings us back to “The Crunge,” and the reason the article’s worth yelling at and about: we do ourselves a stupid disservice to allow our small and protective annoyance to come between us and a song (or story, or stranger, or party). As music increasingly’s auditory Kevlar keeping us Protected from Other Noises—each day’s sound a scriptedly Playlisted thing at worst, at best a Random selection of songs of our own choosing—we need all the help we can get in exposing ourselves to shit we can’t solve. Also: “The Crunge” is a great song, weird and goofy and fun and a total deflation of all the stuffy Seriousness of an otherwise Big Deal album. I’m adding “Silver Naked Ladies” to the playlist on my phone called Jamz. I’m listening to Wilco’s A Ghost is Born now. It’s weirder than I remember and so unannoying it feels like my ears should be shining.