The City is Killing Me 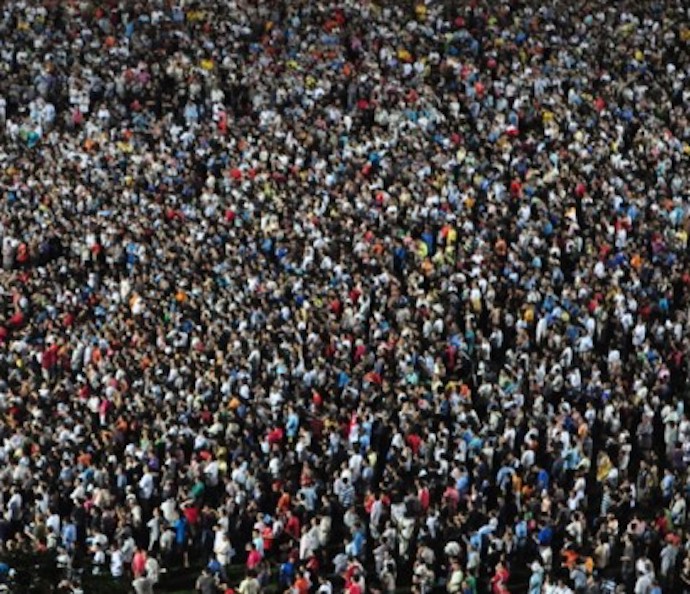 Raquel cries in bed at night because of the heat. The Spanish are so tragic.

I used to think: I’m not changing this kid’s diaper five times a day so he can grow up and get killed in some war. No way. I honestly thought that almost every day for years. Wouldn’t anybody?

I finish my breakfast and lie on the living room floor and let Hector crawl over me. I do a few pushups with him sitting on my back and he laughs like I’m a rollercoaster, then I shake him off and we lie there staring at the ceiling for a few minutes. It’s pure white. Not a stain on it. Like the soul of a baby or a madman. It’s reflecting ourselves back at us.

Instead of running or biking I do jumping jacks in my living room. Fucking hundreds of them. Sometimes I do hundreds of jumping jacks in front of the window, letting all the passing cars watch me. I see myself in the mirror on the wall, the big old mirror Raquel drove here from Rome in the trunk of her car. I jump up and down, slapping my hands together like a goon, staring out at the Casa de Campo, counting, counting, wondering if I’m shaking the downstairs neighbor’s chandelier. I imagine a big chandelier swaying around on the ceiling under my feet and the neighbor cursing me in Spanish. I wish my downstairs neighbor would die, or at least talk to me. I can see her angry, hostile face, the gestures. I know her face. I’ve seen her on the stairs. She used to leave notes in our mailbox telling us not to flap the tablecloth out the window. Raquel wanted to kill her. She crumpled the notes up and threw them out the window, bounced them right off her windowsill. But I wouldn’t let her go downstairs and argue. We are all living right on top of each other here.

I spot the lawyer sitting at a table outside Bar San Pol and wish I were sitting there with him. I’ve talked to him a hundred times but I still just call him the lawyer. It is possible I never knew his name. He probably doesn’t know my name either. People here call each other whatever they want. Nicknames stick. I’ve heard of people moving to other countries to escape a hated nickname. Bars are often known by the names of bartenders who died thirty or forty years ago. The name over the door is always something nobody ever says.

On sunny afternoons I hang over the rail of the bridge and watch the water trickle over the rocks and bricks and garbage. The sight of seven or eight bicycle frames resting in the sand has always been a pleasure.

Five million people live in and around Madrid. That’s not so bad – not when you think about Tokyo or New York, or some incredible place like Sao Paolo. But I never forget they are out there. The five million. Every day is the feeding of the five million here. It feels like we’ve got each other surrounded. Somebody has their eyes on you as soon as you step out the door. And I don’t need more paranoia. I already feel like Travis Bickle, with my push-ups and jumping jacks and the big Roman mirror. If I could turn invisible, I’d probably take up running. I don’t mind if they see me doing jumping jacks but I can’t run in front of everyone. I also carry a knife with me now. A little Swiss army knife with a toothpick and bottle opener. It’s nerves, I tell myself. Brain damage – no big deal.

For one thing, the Spanish call the homeless “scabs.” Or maybe it’s just a Madrid thing. Regional slang. It does not engender love for anyone involved. The first time I heard it I wanted to punch somebody in the face and rewrite the language. Ugliness is stark in a language recently learned. None of the people who live in the street will tell the police anything they would ever want to know.

Raquel stays in bed until noon. She doesn’t have a job. Isn’t even looking for one. She says she is going to open up a restaurant in a couple of months and make me work there. Her brother Alfonso lives with us now and he will work there too. She will be our boss. Alfonso gets up early and slips out without making a noise. He goes for walks that last all day. I never hear him leave. He says he doesn’t want to wake Hector up. I tell him there is no chance of that, but Alfonso is cautious. Even the way he walks across a room is cautious. He is aware of what he is doing at all times. How he ever ended up living with us is beyond me.

Our telephone is a heavy thing made out of Bakelite or some other hard material. It is a blunt object, solid and black. You could tear it off the wall and use it as a weapon. You could kill somebody with a phone like that. Nobody ever calls us, but if they do we are ready for them. Raquel found it at the Rastro, this huge Sunday morning street market which has been taking place in Madrid for as long as anyone can remember. Talking into it makes me feel like someone who says important things on the telephone.

Sometimes I can actually feel my body taking strength out of the food I’ve eaten. The food in Spain is good, and my body knows what to do with it. It is wiser than I am. I do stomach crunches by way of thanks. I do push-ups with Hector sitting on my back. It is getting more difficult lately. He is getting bigger and I am getting older. My right shoulder is fucking killing me. It’s the city. I don’t use my body anymore because I don’t go outside. The noise, the cars, the dust – these things conspire against me and prevent me from going on a bike ride. I am certain I would be happier if I went on a bike ride. Fresh oxygen to the brain would be a logical transformation. A boon. But I can’t do it. I just can’t. There is no chance. Only idle intention. Speculation is tedious. The constant fooling of the self.

I feel like I am writing a memoir for a ghost. But it’s a future ghost, not a ghost from the past. I am writing to remind myself of who I am while I am still able to remember.

Raquel reads stories of gulag hardship. She likes them. They do nothing to cheer her up, but they do make her think twice before despairing about traffic jams, mysterious ATM fees, nosey neighbors, getting up at seven in the morning for a job interview in order to land a job she will hate, etc. All of that is nothing in the face of Stalin. Or at least that’s what she says.

It happens that I have some money in my pocket one afternoon, so I invite everyone to lunch. Later, as I am trying to explain this to myself, I find the whole episode bizarre, frightening, unaccountable, possibly weather-induced. The walk down the street, the lunch, etc. I find it strangely difficult to defend. It appears as if I might have gone insane and imagined the whole thing. As if I let myself stray into a neighboring reality without being aware of it – or at least not acknowledging it as such. But that all comes later.

I met a guy I know from Belfast on the train the other day. He couldn’t believe how late people allow their children to stay up in Spain.
“That’s why they’re so revved up all the time,” he said in his fun Belfast accent. “It’s insane.”
“When I was a kid, I had to go to bed when Dallas came on at 10, but maybe it was 9. On Fridays.”
He said, “I had to go to bed when Friends came on.”
“Friends? How old are you?”
“I’m 24.”
He was taller than me and wore glasses. Thinning hair. I’d assumed we were around the same age, though I’d never once thought about it. I am older than I think.
I said, “I am old enough to be your father.”
“You are nothing like my father,” he said.

One night Raquel said this in her sleep and it was terrifying. She said, “Everything that isn’t stars is interstellar matter.” She really said that. I think she was arguing with God.