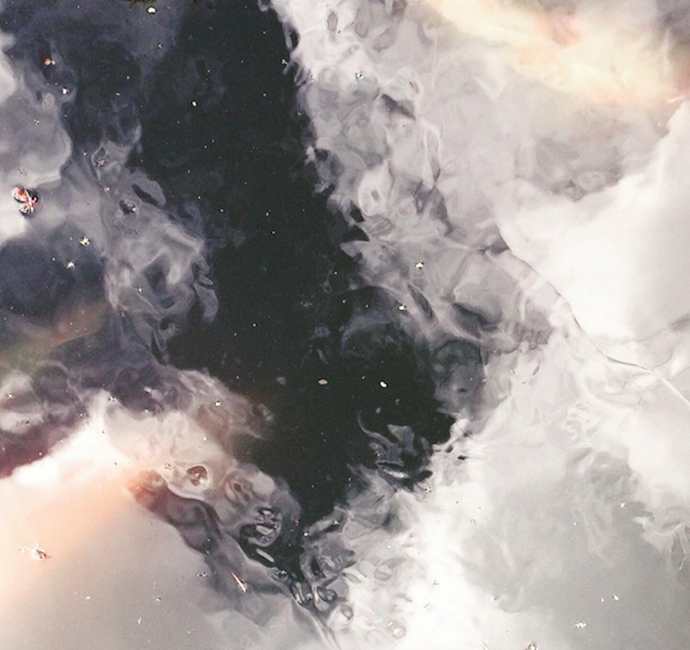 The year Mihoko lived above a bathhouse, she had a recurring dream:

She is standing in a field of freshly fallen snow. It is night. The sky is black without stars. There is no moon though the field is illuminated and the bottom of the sky is blue. Where is the light coming from? Outside the dream, Mihoko thinks. A procession of white animals passes before her: a white bear, a white pelican, a white rabbit, another white bear. They are no more than fifteen feet away. They walk slowly through the snow without sound, and somnolent, as though compelled by something menacing outside the dream. Extinction seems imminent. They have been spared, and are being marched. Mihoko is not afraid. The white animals do not see her. Their eyes are black with small coils of bluish-white light. She stands barefoot in her sleeping gown, though it is not cold, and it is not that she thinks herself beyond harm, but that the animals are drawn utterly inside themselves. The blue bottom of the sky enlivens, as if the bottom of a curtain moving softly before an open window, wrapped under the far side of the field.

A white bear, a white pelican, a white rabbit
Another white bear
The remnants of an army

Who is one?
One spends evenings
At a small desk in a small room
In a small building above
A bathhouse

What is it to dreams?
Dreams hang ladders down

What is a bathhouse?
The moon shines on
The back of my neck


White animals rise
In echoes of a simple, arcane heat
Rewriting each night
Each night

Men through the curtain on the left: there is a locker room and a room with showers—mirrors, shelves, showerheads, plastic stools—and two baths. One bath is small, with mint-scented water. The other is twice the size, with scalding hot water. There are three elderly men. I can hear the women’s voices on the other side of the wall.

High on the wall above the baths is a painting of Mount Fuji—rising above the water into the sky with a white cloud just grazing the snow. The mountain dissolves then reforms more clearly than the day it was painted, when the baths were drained, and no steam climbed the walls.

Fog encircling a mountain
Every eye small, but what is seen
For real? The song
Played at one’s funeral?
A lovelorn feeling? No, the fog
Adult and expanding

When I’m with naked men, especially elderly men, I stare at their breasts and penises and testicles and nipples and asses and arms, and consider the state of each, comfortable and unassuming, not entirely dormant, for the peculiarity of each body, a visual report from my future. A cloud begins in childhood and spreads over the span of each life until each man’s face becomes a small engraving set into the alcove of each man’s thoughts, which, for the cloud, is an atmosphere, and I want, in those moments, to be old, and looking out from those bodies.

I clean myself in front of a mirror then climb into the mint-scented bath. The water is warm, but I want it to be warmer, so I get out and climb into the larger, scalding hot bath.

I am in the locker room, reaching for my clothes. I think I am going to pass out. I try to steady myself when one of the elderly men comes over and asks if I am okay. I don’t know how to respond. Excuse me, I say, is all I can say, I am going to pass out. The man gets me an energy drink from the vending machine. I go to the toilet and throw up, then come out and sit down on a wooden bench.

Never go in above your heart, the man says.

I sit in the mint. My heart has a bubble
An old man tells me not to go in
Above my heart, I have gone in above my heart

I am naked on a wooden bench, drinking an energy drink, a small white towel over my lap, men standing around me, and feel, still light-headed, like we are inside the mountain, though the mountain, naked, through the steam, is the memory of the mountain, because: how can we not go in above our hearts? We become them, entirely, and having become them, disappear into what we contemplate—no neighborhood, Sendagi, no city, Tokyo, I’ve never touched Mount Fuji, there it is, on the left, the elderly man with me, stays with me, the other men returning to their plastic stools to clean themselves before the mirrors, mint, and as I leave, I give Masako at her tiny desk a copy of O Bon …

… the book I wrote
Dreaming of my grandfather, or the version of my grandfather I was dreaming of
That brought me out of the dream, the book
Masako touches, says, has O Bon thrown pain? Has O Bon tricked anyone into thinking pain
Is not that, but that pain over there?
While here I can suddenly move?

NOTE: The poems included in “The Bathhouse” first appeared in Upstairs at Duroc (Paris) and diode, and are reappearing in Evening Oracle (Letter Machine Editions, Fall 2015). The Grave on the Wall is a prose book of pilgrimages, ghosts visitations, reenactments, and hallucinations, about a Hiroshima-born immigrant photographer grandfather named Midori Shimoda. “The Bathhouse” is dedicated to Mihoko Furuya.

Brandon Shimoda was born in California. His books include Evening Oracle (Letter Machine Editions, 2015) and To look at the sea is to become what one is: An Etel Adnan Reader, which he co-edited with Thom Donovan (Nightboat Books, 2014). He lives and travels with the poet Dot Devota.