Summer In The City. 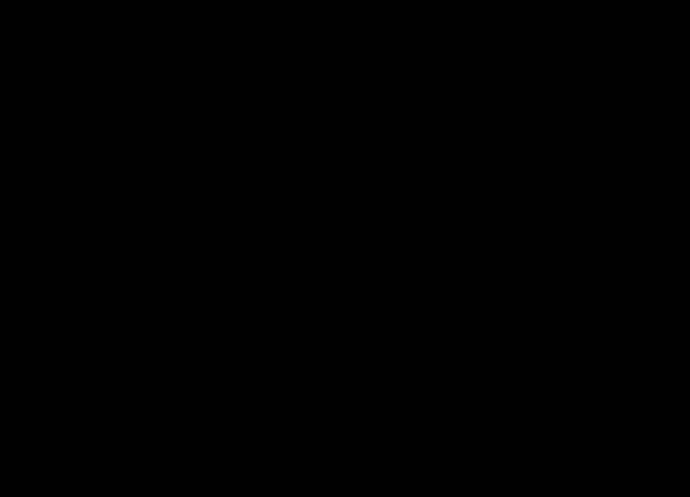 The apartment has no airflow. And in this heat. It’s damp. Suffocating. Unbearable. Emily is still in there. Up on the mezzanine. Sleeping. I don’t know how she does it. A natural propensity. Something I wasn’t born with. Me? I’ve been up since dawn.

I couldn’t stand to be inside. So I came out here. In the alley. Which stinks of piss. Human and animal. My neighbours. They live like swine. Broken bottles rotten food and feces everywhere. The rain’ll wash it away is their mantra. I fear Emily and I are filled with virulent disease. But at least the rent is cheap. And the landlord leaves us alone.

So I don’t make any complaints as I stand in the shade of the building. Looking up at the sliver of sky above my head. No cloud to offer cover. It’s going to be another scorcher in the city today. And I wonder why I ever moved away from the cool lake of my childhood. For this.

I slip back inside. Through the studio. Into the apartment itself. Tiptoe through the dark. Careful to be quiet. Open the fridge. Grab two cans of beer. Take a moment to listen to Emily’s heavy breathing. She’ll be out at least a couple more hours. Plenty of time to get a nice buzz going. Which is the only way I can stomach this humidity.

Outside I place the unopened can in the windowsill. Keep the other in my hand. Things are unusually calm. Not for long. Oh no. Suddenly I’m startled by the sound of a metal door getting kicked open. Crashing into the brick wall. It’s coming from where the alley bends. And the parking lot opens up.

I lean forward. To get a better look. A little peek of whatever came exploding through the door. Some fucking beast for sure. I ready myself. Just in case I have to hightail it back inside. To escape whatever monster is surely lurking around the corner.

It pops into view. I laugh. It’s only a fucking hippie. Sure he’s of the worst kind. Filthy oversized jester pants. An embroidered vest. Long dreadlocks passed his waist. But there’s absolutely nothing to be afraid of.

So I take a sip of beer. Relax. The movement catches his eye. He locks in on me. Makes a step towards me. But it’s not in the gait of a man. He hurls his leg in front of him. Back hunched like a villain. Arms out in array. Disorder from head to toe. It’s grotesque.

The show is slow going. It leaves me feeling easy. With no fear in my heart. So I stand casually. Sipping my drink. Watching him struggle. Chuckling to myself. The son of a bitch is fucking smashed.

I finish my beer. Bend down to place it on the ground. And when I stand up straight. We’re eye to fucking eye. But his aren’t right. They’re swirling around in the sockets. I’ve never seen anything like it. This isn’t the norm. Is he having a seizure?

Fuck. I don’t know. I get distracted. Because he raises his hand. Palm flat. Like he’s about to swear to god. But instead of taking an oath. He keeps his mouth shut. Then places his hand on my left shoulder. It has no weight. Like a small bird.  Something stops me from shrugging it off.

Instead I stare into his swirling eyes. They make me feel like I’m young again. Waiting for the acid to kick in. The rush of something uncontrollable coming on. And there’s no turning back.

Put your hand on his shoulder, vibrates a voice in my head that isn’t mine. I comply. Why not? Even if it’s madness. It’s a break in the boredom. A dark hall to walk down on shaking legs. My blood starts to rush. The world around us melts away. Taking with it the morning heat.

I let out a sigh of relief.

Around us.  Everything is black. Like empty space. Just this degenerate hippie and I. Floating. Without direction. No course set. I easily convince myself we’re in for trouble. But the voice from before. It starts cooing in my brain. That things are peachy. And there’s no need for worries.

Ok. Sure. It’s just I’m not used to all this. The voice laughs at me. Deep. Hearty. There’s comfort in it. Like a fire on a cold night. Stupidly I look around for one. Nothing. Not even the hippie. He’s disappeared. I’m not alarmed. I believe in what the voice has told me.

I look down. Below where my feet are hanging. I see something. A tiny hand. Getting bigger. Swelling. Pulsating. Until it’s three times my size. Bright colours swirling. Like spilled gasoline reflecting the sun. Then I’m standing in it. Sitting in it. Laying down in it.

Haha. I’m smiling from ear to ear. The hand is lifting me up. But there’s no way to tell. No resistance. No cornfields passing by on the left. Only the feeling of ascent. Of getting closer to something. A large eye opens in the darkness. It winks. I take it to mean I’m on to something.

Then the climb stops. I look around. I can’t believe it. In front of us. There’s a lush garden. Everything oversized. Lush verdant leaves the size of my chest hanging to the ground. Thick grass. I breathe in deep. Cough. My lungs. It’s too much oxygen. I hear the voice laugh. Again in the tone of a long lost friend.

I rise to my hands and knees. Dig in. Get some traction. Then crawl like a baby across a rug. Furiously. Big smile still on my face. Maybe it’s stuck like that? You fool, the voice booms. Reading my thoughts. Less a friend now. Maliciousness hangs in the air around me. Even if I don’t notice it.

Because I’m staring straight ahead. Eyes focused on eden in front of me. But no matter how fast I scurry. It doesn’t get any closer. Then the laughter gives way. Replaced. At first barely audible. Slowly gaining volume. It’s familiar. A monotone hum.

Easily ignored. Forgotten for a moment because finally I’m making headway. The palm recedes beneath me. I’m up on the fingertips. The garden is so close now. The air gets heavier. Wet with freshness. My skin tingles in anticipation of rolling around in the grass like a dog.

I stretch out my own hand. Fingertips poised to stoke a leaf in the primordial garden. I don’t get a chance. I’m deafened. The monotone hum. Amplified a thousand times. Now I know it’s sound. It’s the buzzing of bees. Millions of the fucking bastards. Invisible. Except when I close my eyes. They’re there.

It’s too much. I drop down. Curl up. Hands over my ears. I think I’m screaming but there’s no way to tell. I can’t hear it. There’s only the buzzing. Rattling my flesh. I can’t take it. If there was a knife close by. I’d jam it in my throat to bring every thing to a halt.

And then it does. Total silence. I open my eyes. Up. Down. Pure black space in all directions. The voice starts cooing as I calm myself.  You’re a fool, it tells me, you think you’re ready? Death will take you another day. Prepare yourself. And everything will be fine.

I’m not so sure about that.

Then as quick as it came on. The darkness is gone. And I’m standing in a piss soaked alley. In the midst of a strange dance with a dirty hippie. I hope none of the neighbours have seen. There’s no telling what kind of slander they’ll be spreading if they have.

So I take my hand off his shoulder. He does the same. Then tears off down the alley. Into the parking lot. Out of sight. Emily comes out the back door in an old t-shirt and spandex shorts. Hair a mess.  I heard you screaming and crying. What’s going on?

I grab my other beer from where I left it. Then look her in the eye. Smirk. And laugh a little. Baby, I tell her, I was just remembering why we moved here in the first place.

Steve Anwyll’s first novel, Welfare, is coming from Tyrant Books this November. He often runs his mouth at Hobart and uses the twitter @oneloveasshole