The FA Cup is the most un-American sporting tournament in existence, with no seeds, no brackets, and stretching the length of the season—a long, convoluted trip. One of the competition’s great charms is the promise—and often the realization—of a “Hoosiers”-like underdog slaying the big, bad wolf. These Cinderella sides are rendered likely because the tournament is open to all 92 teams from the top four tiers that comprise the English football leagues, plus hundreds of other semi-pro and part-time amateur sides from lower leagues that make up conference football. Imagine a baseball tourney where Sunday afternoon men’s leaguers from Cape Cod would get to play the Yankees.

Cue the upsets: during late January, in the so-called Fourth Round Proper (more on that nomenclature later), I was lucky enough to watch one such shocker. Struggling third-tier Oldham Athletic, at their snow-bound home ground, not only beat storied Liverpool, but totally outplayed them. The Latics’ (short for the ‘Athletic’ in their name) big, bruising striker Matt Smith banged in a brace and defender Reece Wabara added the winning goal in a 3-2 triumph over a strong Liverpool lineup. The crowd and team went crazy, and looked ahead to this weekend’s Fifth Round Proper, while wondering who their next opponent would be. Unlike tournaments with brackets—like NCAA basketball’s March Madness—the structure of the FA Cup is so bizarre that the Fifth Round Proper will kick off on February 16 with one game still to be played from the previous round. In other words, this nominal round-of-sixteen begins without knowing who the sixteenth team will be.

How Does it Work?

The Football Association Challenge Cup was first held in 1871-72 with fifteen teams entered, making it the oldest soccer competition in the world. The FA Cup unfolds intermittently in-season, unlike the near-ubiquitous end-of-season-playoff format of the big four North American sports. Participants play a round then go back to their regular-season games, and then pick up the next round again a few weeks or a month later. The FA Cup is not a playoff, but rather one of many extracurricular competitions that English teams might play in a season.

The qualifying rounds of the current tournament, where the lowest-ranked teams compete, began in August with 758 mostly English teams (and a a half-dozen Wales-based teams). The final will be played on May 11, toward the end of the regular seasons of all tiers of English soccer.

The Least You Need to Know: Some Ground Rules

1) The Architecture: There is no fan-friendly bracket, no way for a team to chart a path from the early round to the final at Wembley stadium in May. The tourney features fourteen rounds, with six qualifying rounds (where the lowest tiers duke it out: an NCAA-like play-in on a massive scale, if you will), followed by six “Proper Rounds,” then the semis and the final. The 44 teams from the top two tiers enter in the Third Round Proper (the ninth overall round). There are no seeds. When the big boys enter the fray, there is no guarantee that two powerhouses of the EPL (English Premier League, the first tier of English Football) won’t play each other.

Consequently, some paths to the final turn out to be much easier than others. Fans take the long view on this. Since every team enters this competition every year, followers figure that who you end up playing evens out in the long run. Some years the opponents are easy, some years they are difficult. In the 1947-48 FA Cup, Manchester United had to defeat six, first-tier opponents to win the tournament, something no other champion has ever had to endure.

2) The Draw: The reason this is not a mappable tournament is because after each round, opponents are re-drawn for the next round. That is, whichever teams are left, their next opponent—and home-team designation—is drawn at random. Three years in a row, from 1955 through 1957, Leeds United were drawn against Cardiff, and lost all three times by the identical 2-1 score line.

3) The Match-ups: Each round is single elimination. If two teams draw their match, they play again. If they draw the second match, they then go to a shootout. This second-leg shootout provision is a recent development. Until the 1990s, the teams would keep playing matches until there was a winner in regulation time. In 1975, Fulham (a London team currently in the EPL) played a record twelve matches in six rounds to reach the final.

Going into the Fifth Round Proper (the eleventh total round) there are only 17 teams left, meaning 741 have dropped out of the tournament. One of those losers is Norwich, a top-tier team beaten by Luton Town, a team of semi-pro part-timers from the fifth tier. Luton were, in essence, 80+ places below Norwich in the cumulative standings of English football. Other notable losers include two top-tier London sides, Tottenham and Queens Park Rangers. Fourth place Tottenham lost to a decent second-tier team, the once-mighty Leeds United. No shame there. Save the derision for QPR who, despite being last in the top tier, should have handily beat Milton Keynes Dons, of the third tier. Not only were QPR playing at their home ground, Loftus Road, but they conceded four goals in the loss. Some theorize that their manager, Harry Redknapp, didn’t field his best team because he is more focused on staying up in the EPL than wasting manpower on a tourney he had little chance of winning.

Entering the Fifth Round Proper seventeen teams remain, because London bigwigs Chelsea couldn’t finish off their third-tier, West-London neighbors Brentford; Chelsea were lucky to get a late goal to draw. They now have to play a rematch on Sunday. The winner of that game will play ten days later at Middlesbrough.

Only seven teams of the seventeen remaining are EPL sides. The second tier is well represented by six teams, the third tier has three, and Luton Town represents the fifth tier conferences. Manchester heavies City and United are alive, each playing at home, against Leeds United and Reading, respectively. While each Manchester team should win these matches, United might have bigger fish to fry: they are alive and kicking in another tournament, the glamorous Champions League, and might choose to put more of their eggs in that basket rather than chase the FA Cup.  (United tied Real Madrid 1-1 earlier this week in Spain, in the first leg of a two-legged round). Arsenal, currently sitting in fifth place in the EPL, play at home in north London against second-tier Blackburn Rovers. And in one of those random coincidences of the FA Cup draw, third-tier giant-killers Oldham Athletic will now face blue-clad Everton, the other team in Liverpool, and red Liverpool’s bitter rival.

It is hard to predict how this next round will play out because, sadly, not all teams care equally about winning. Managers talk the good talk and say they are in it to win it, but other priorities might take hold, even for the teams who have made it this far. In soccer taking home ‘silverware’ is very important, and since only a few teams realistically have a shot at winning the regular season title of their respective leagues, a chance at winning the FA Cup might be more important to some of the remaining teams than others.

While other soccer fans will be paying more attention to the prestigious Champions League this week, I’ll be following the FA Cup. There is something endearing about the tournament, where a deep run (and not necessarily winning) might generate enough television revenue for small clubs to stay solvent for another year. After watching dozens of EPL and Champions League games this season at large and shiny stadiums, it is refreshing to see the home grounds of down-at-heels little clubs, who play in run-down, sometimes open-sided stadiums, where the team might ask fans to clear snow from the pitch so that the game can be played. I, for one, will root for the underdogs. Go Oldham Athletic, Go Luton Town, Go Brentford, Go MK Dons. 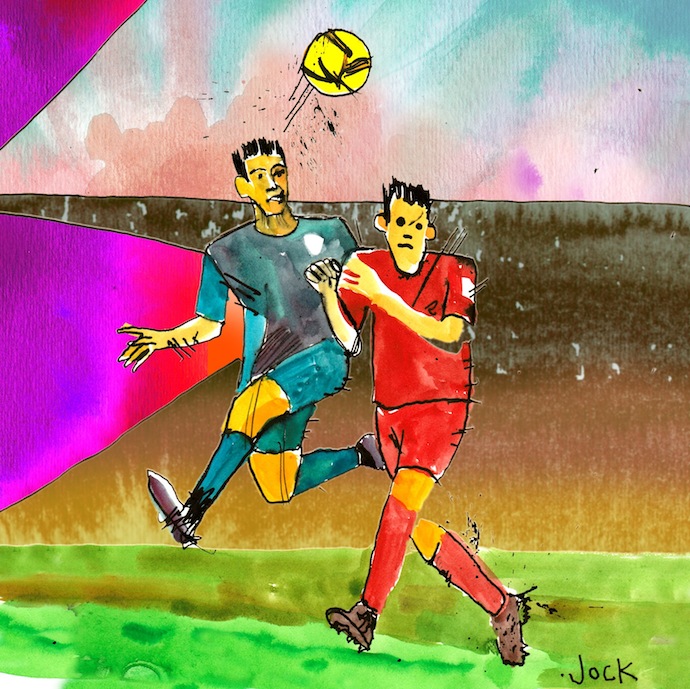