“Rather than cut into the materials, now I use the material as the cut in space.” Carl Andre 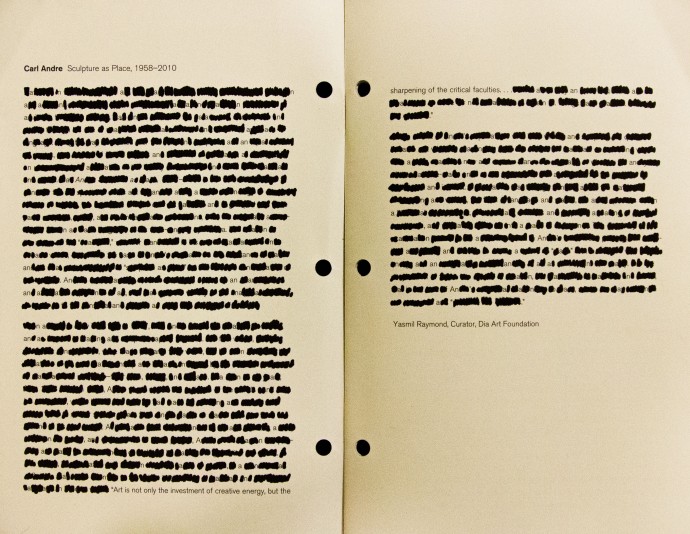 I couldn’t find Ana Mendieta so I dug her up from a language that had worked hard to obscure her.

I wanted to make the painfully invisible hypervisible.

close-up of A ANA 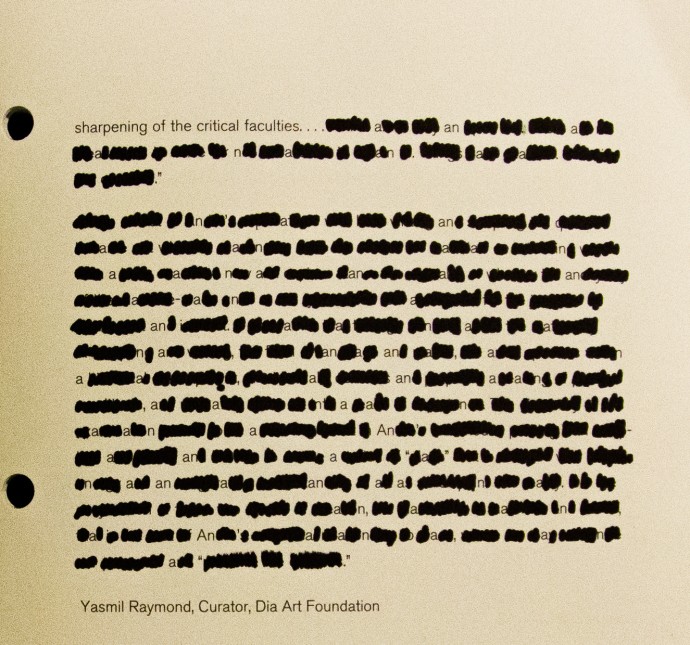 I WILL ERASE U FROM THIS EARTH 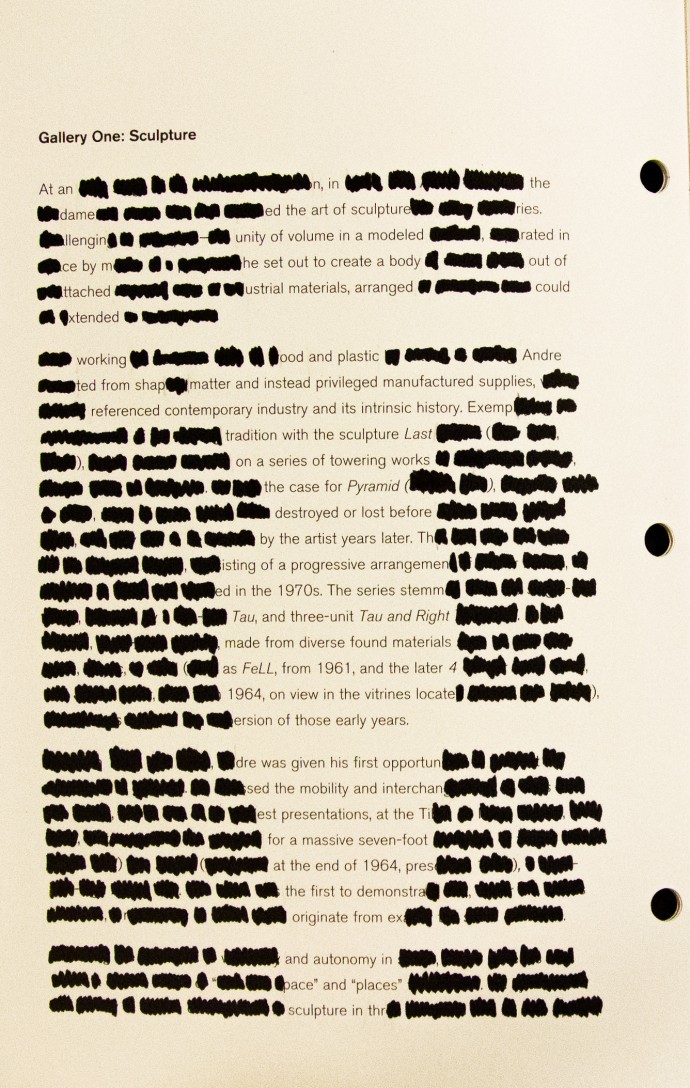 tho, i don’t know who i am saying this to. who is the you here?

I’m saying it to Carl, I guess.

Carl’s legacy itself, which so delicately hinges upon our forgetting, and the institutional and well-orchestrated erasure of events that are, at best,——————– I don’t know.

and then later, as in now, as I’m revising, I consider that I’m likely uttering this to the thing inside myself a kin to Carl. the thing in me that has benefited from the structural powers of the sexism and racism. the safety of knowing how to act to be on top, to get away with murder. the palpable comfort of knowing how to subjugate.

whether I like it or not, the patriarchy has been my friend and I’m radically afraid of the person I would be without its easy guidance.

I WILL ERASE U FROM THIS EARTH.

In Dia Art Foundation’s 400 page artist book, CARL ANDRE: Sculpture as Place, 1958-2010 there are three textual references to artist Ana Mendieta– the one that makes reference to Mendieta and Andre’s relationship directly appears as a small footnote referencing another article. The note closes with the phrase “‘tragic end’” avoiding other more apt words like “defenestration” or “three separate indictments” or “death” or,  in Carl’s own words, “somehow gone out the window.”

These are the gestures of another type of erasure that is becoming too familiar to me in the context of poetry land. If we don’t outline the acts, if we don’t write down names, if we don’t share these names and acts with our friends and peers and children, the erasure is swifter, more potent.

Jennifer BARRRRFFFF Tamayo is a New York-based performer, writer, and activist. JT is the author of three collections of art and writing; her latest book YOU DA ONE is forthcoming from Coconut Books (Fall 2014). Her work has most recently appeared in Poetry, Angels of the Americlypse: An Anthology of New Latin@ Writing (Counterpath), and is forthcoming in Best American Experimental Writing 2014 (Omnidawn). JT lives in Brooklyn and since 2010 has served as the Managing Editor of Futurepoem.