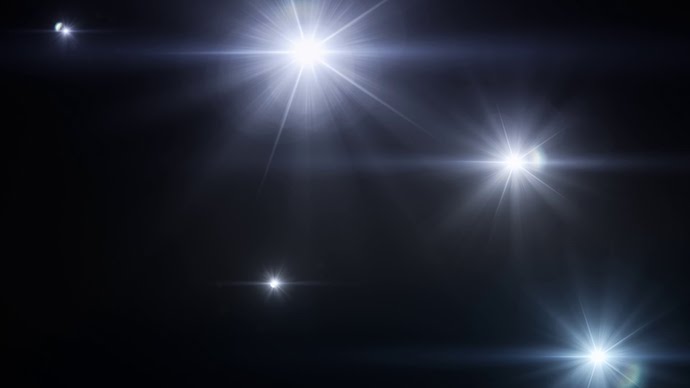 There’s a girl named Charlotte I know well but I’ve never met. I’ve seen her distribute advice, watch movies, eat ice cream, talk about her friends. She’s a Taurus. She wants to be a mom, one day.  She has a dog. I saw her photo once, on the Instagram Discover page, and I still haven’t looked away. A few weeks ago I attended a lecture and a Stanford professor said that millennials have a short attention span. Not me, I thought.  Not with Charlotte. I don’t know how to explain to anyone I know why I follow the life of a 19-year old stranger compulsively, so I keep this fact to myself. I don’t follow her on Instagram, and I don’t keep her Tumblr open in my searches. I am a ghost, spying on a teenager in Los Angeles.

“Everyone knows a bitch named Charlotte,” Charlotte re-tweets herself on April 28th. The first time she tweeted it was February 2016. She liked the sentence so much she had to say it again.

Beauty is a difficult thing to describe, and Instagram has made it so. Gorge. Stunner. Unreal. Can I be you? The contriteness burns. If I were to describe Charlotte’s beauty as one thing, I would say it is unreal, but I mean it sincerely. Her looks defy imagination. Her legs are pipe cleaners, her waist is the diameter of a newborn turtle, her skin is tan and clear. Hair long and shiny, bright green eyes. Because I am a woman, I have observed a lot of beautiful women, but Charlotte’s beauty is one I would deem confusing, because she looks almost sublime. I am not saying this in brutally self-conscious way, although the disclaimer would make it seem so. I have done market research in Penn Station and have concluded that I’m doing just fine as a part of the great collective. I am, however, fascinated by attractiveness I can’t understand. I do not think I am alone in this, because this is why Vogue magazine exists.

Back to Charlotte: Charlotte was discovered, in the modeling sense of exploration, at Coachella a few years ago, and since then, she has risen to prominence in LA’s scene. She is now dating the supermodel son of a supermodel, which indubitably adds to her cache, and she is a member of a friend group of particularly astonishing-looking people in their own right. They call themselves the Devil’s Club, and they have fan pages on Instagram devoted exclusively to them– screenshots of their Snapchat stories, photos they’ve posted before. I know, because I look at these accounts, too. There Charlotte is, posing in her mirror with two friends. There she is again, at a party. There, on Halloween. A lot of the time, Charlotte is flipping her middle finger to the camera. I wonder why, because you can see in her eyes that she wants to be photographed. A mixed signal.

The Devil’s Club deserves their own Abercrombie & Fitch ad. They are all skinny, stunning, and copulating with each other. Meredith with Markel. Cindy and Neels, although they have since stopped, inciting Cindy to delete every photo of them from her Instagram profile. Charlotte and Presley, who comment “baby” or “mine” when the other posts a picture. The primary Devil’s Club fan account, which has over a thousand followers, writes comments beneath the photos it is re-publishing of the group: “I love them with my whole heart,” “if this isn’t goals idk what is,” “can we talk about how iconic this is.” I wonder about the validity of these comments, if a selfie of five teen girls pursing their lips in a mirror together can truly be deemed paradigmatic, but I wonder even more about the proprietor of the account. What her friends are like. The things she does in between screenshotting photos of Charlotte and her friends, these people removed from her in space and time. What else she would define as goals. I don’t say “her” and “she” as a guess. There is a certain way women crave what other women have, and it translates from one pixelated screen to another easily.

When Charlotte goes on Instagram Live I watch the whole thing. Not because it is interesting, because truth be told, it isn’t. Charlotte reeks of insecurity. She laughs nervously, she adjusts her hair a lot, she says “Whattt” in the deadpan lilt of someone who in reality has a lot of questions, most of them pertaining to herself. I watch the whole thing, every time, because I am trying to understand who Charlotte is, in spite of or because of her godly looks. How can a person be, really, when they look so astonishing? I usually have no sympathy for the beautiful, because I did not grow up like them, but for some reason, I feel bad for Charlotte.

On Charlotte’s Instagram Lives, the comments always say things like, “Hi from Indonesia,” and “Hi from Russia” and “Hi from Dubai,” or “very beautiful,” and on these livestreams you can see those magnificent jade eyes of hers scanning the comments up and down, searching for something she wants to respond to. When she does, she usually prefaces her answer with “um.” A lot of the time, she is silent, her beautiful face just staring into the camera, reading the comments, taking them in.

On Tumblr, when some anonymous person asks Charlotte if she and Cindy are fighting, if she and Meredith have beef, why she hasn’t been posting photos with Isabella lately, her response is usually something like, “No what I love Mer. She’s a skinny legend.” The first time I saw those two words together I had to read them again. Does her skinniness come from being a legend, or does it create her legendary status? Further, is it a reason to be loved?

On Twitter, Charlotte writes: “If you think I do my makeup for anybody else beside myself, you’re mistaken.” I wish I believed her.

Why do I stalk Charlotte? Moreover, why do I feel shame in stalking Charlotte? There are some obvious reasons: she is a good deal younger than me; I have never classified myself as a “fan girl” for anyone, least of all a fairly vapid-sounding and insecure teen model; I know more about her life than I do about some of my own friends, and this sickens me. And yet I keep reading the Tumblr and the Twitter, and looking at the Instagram Lives, and the photos, and her friends, and the accounts devoted to her friends. This is the sticky-sweet taste of voyeurism, into friends I will never know, into a life I will never have, into a body that will never be mine. Try something: think about the last five people who would show up in your Instagram search function. Have you searched for them before? Are you a ghost, too?

“why are people so offended by skinny girls? like what? this makes literally no sense to me,” tweets Charlotte on March 28th. Because not everyone has a newborn turtle sized waist, I want to tweet back. Because skinniness often has a price. Because of people like you, tweeting things like this.

Obsession aggravates because it implies otherness. The internet tells me this is a person worth aspiring to, and I, spectral, oblige. My phantom following of Charlotte gives me shame because I do not give her the actual follow, the I-am-here-for-it realness of her fan accounts and commenters, likers and question askers, the half a million people who are the antonyms of ghosts, interested and invested, for the sole reason that I feel superior. See me here, the high priestess of moral high ground, deleting my search history of the Tumblr and the Twitter and the Instagram, pretending I do not know Charlotte went to Six Flags with her boyfriend yesterday. Pretending I do not know Charlotte at all. My own stupidity mortifies me, but I get to x out before I have to self-analyze.

I judge because that is the easier alternative to being 19. I keep reading because I remember what those years were like, before I became the person I was going to be. I scoff that people see Charlotte as an authority, as someone from whom to seek advice– but no one has told me I know any better than she does, so why am I scoffing, really? Charlotte was discovered when she was 16 years old for her uncanny appearance. I have yet to be discovered by anyone, for anything. “This is where I was found,” Charlotte can say. And the ugly truth is: I am still lost.

“ im so happy “skinny legend” is a thing. im never letting that phrase die. we needed It” tweets Charlotte on May 4th. I close the tab on my computer. I get back to work.

On Charlotte’s Tumblr, someone asks what Charlotte’s go-to order is at a particular restaurant in LA. Why does it matter I want to say. Are you going to go there just to eat whatever dish she would eat? Are Charlotte’s tastes that important? But I look at the answer anyways. The spicy fusilli, which is incidentally my favorite dish at that restaurant, but nobody’s asking me.