Six Steps To Being Salinger-Esque 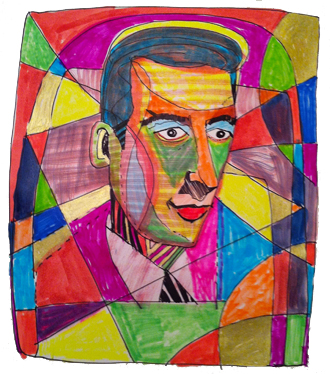 For a while there, it seemed J.D. Salinger and I had a lot in common.

We had each published four books.

Our OkCupid ads both stressed a distaste for phonies.

But old Jerome David Salinger quickly held my dreams of equality underwater until they stopped making bubbles. It was all thanks to Shane Salerno’s documentary, Salinger, in
theaters now.

The internet was woozy with Salinger documentary hype for months. I was skeptical because it’s pretty hard to make a decent literary film. My expectations were already on a feeding tube, having recently been burned by a lame Unsolved Mysteries-type doc about Thomas Pynchon and a paint-by-numbers history of Grove Press. There were a few shining moments, but both only proved that the act of writing simply isn’t very exciting.

But Salinger landed on this theory like a stack of bricks.

If you are like me, there was something inside you saying, “Damn! Writing seems pretty exciting!” Here was an exotic, heart-pounding profession on par with alligator wrestling. This was not the literary boulder-pushing I had dedicated my life to.

It became obvious my professional world didn’t even remotely resemble Salinger’s. Unlike J.D., I had no secret writing bunker in Vermont. (My desk was in the basement next to the litter box.) Unlike J.D., nobody was snooping around the hedges snapping my photo at the post office. God, I didn’t even smoke.

It’s possible Salinger will go down as the film industry’s most white-knuckle depiction of writing. That begged the obvious question: why shouldn’t writers be more exhilarating? Why do we have this stoic, lonely idea of what endless hours of typing should be? Why won’t we stop talking about carousels?

Thanks to the movie, I figured it’ll only take six quick steps for a writer to begin living a more Salinger-esque existence.

2) Add a Pounding Musical Score: After hiring a modest orchestra, I now have one of those eerie bass pulses kicking while checking email and Facebook every morning. But once I open Word, the music fills with little inspirational piano melodies. Like any good writing documentary, the string section starts pummeling with tension as I start tapping the keyboard with some rhythm and purpose and proper verb tense.

3) More Typewriters: While there is no official tombstone, “author” stopped being a sexy occupation around the time Olivettis and Olympias were replaced by MacBooks. As Salinger shows, the more typewriters on display the more serious an author must be. After a quick Goodwill stop, I am now loaded with seriousness.

4) Dramatic Reenactments: The literary world does not even sniffle if I toss some a manuscript into the recycling bin. But if we hire a young turk from central casting to shove shirt sleeves past his elbows and fling papers across the office, suddenly it seems possible there is a lost masterpiece in the wastebasket. Maybe I will have a stunt double even rescue a manuscript from the fireplace for a little mid-afternoon pick me up.

5) Talking Heads: The poison pill floating around a writer’s mental medicine cabinet is self-doubt. Even if you are Joyce Carol Oats, popping out books like a litter of puppies, at some point self-doubt will bite you. That’s where a Salinger inspired team of literary scholars saves the day, discussing the utter genius of whatever poorly-conjugated mess is fed through my new typewriter. These brainiacs will certainly boost mood and productivity in equal measures.

6) Famous Faces: Yeah, sure, it’s a real compliment to have some bowtied Yale professor talk about my brilliance. But how much better would daily life be if The Penguin was jacking his jaw instead? Who cares if movie stars don’t actually know anything about books? Prose will likely rush from the fingertips after inserting a few celebrities like Edward Norton, John Cusack, Mark David Chapman or Danny Devito into the day.

NOTE: Devito would be the easiest to add to the daily routine since he does not take up much shelf space.

So, there is the recipe for a heart-racing literary career. I am eager to personally get the top-secret documentary treatment like Salinger. But it will just have to be squeezed into my action packed, Devito-filled writing schedule. Frankly, this is exhausting. No wonder JD went off the grid for half a century.