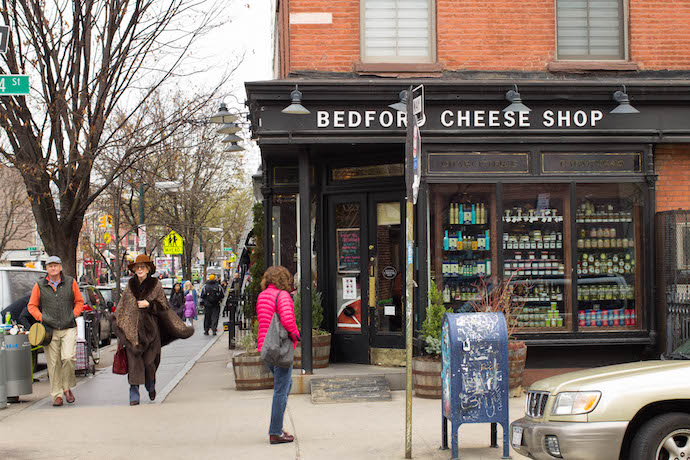 New York autocorrects you in a newsfeed, cogs you proper to stand. This city settled its spread. I’m not even allowed to piss here. Is the swarm proportionate? I’ve enrolled in bakeries and depression, kamikaze for unaffordable syrups. Subways smell of khakis now. The gentleman squashed under me tried concealer on his countably near track marks. We swayed east beneath a river. The island defecated us on schedule. I wanted to relate wounds like I’m not a problem.

I need to feel your morphine, chief. I’m really scarred as if by buckshot knees to navel. So stand back, this hanky’s live. Does your city count traffic by the sweat? Only a midweek stifle, eh? But we’re pressed enough together to cash in on one or two new marriage laws. Too bad abortion’s still punishable by guillotine or I’d be all about I do. I think the bazillion figurines choreographing The Strand taped my scream. I didn’t even notice there were floors. I’m the kind of creep who swallows your keys if you put me up. There’s a peristaltically cockroachish binge of gratitude going on every time someone doesn’t outright beat me. Be nice and I’ll bring ice cream into your space. I won’t move out until people enjoy reading. I project a bowwow type presence. You may snore before remembering. I used up my twenties to fuck and waddle. I can pat myself on any range. Literary negligence has worn my contents down. I can’t loan a phonebook the flavor of my dismissal without discussing an art. I shed wrappers to prove I exist. The shits I take are in no way absolute. A generosity occurred and it made me so happy I ate my host’s doorknob.

The hate-faced subway scrolled below bridges. Enter the silence of Williamsburg. Its landlord sponsored police. Men rendered mint condition. I long since lost my childhood. Right when the bus passed Madison Avenue. But here bled such searchlight wonders, fumeless in the concoction lungs afford. They assigned my oxygen a DJ. I made a beeline for remedies, cookies and cheap alcohol. One locale still let people let their dog drink. Either of us belonged under the footrest, but the territorial spray was mine. This is where your labor ends you if you spend it all on stanzas. I’m not sufficiently furry to earn scraps. The alms a poet relies on should be exclusively Kevorkian. I shoved my book at strangers. That’s how you riot like a priest. The item wasn’t pressed until mention of Detroit. The entire bar put our junk up on the table then. We were in gentrification’s birthplace and birth was the operative word. Detroit got a Whole Foods, I said. They slid me free wines. My generation only ever experienced each other’s condolences.

What happens to groups provoked by their own attendance? No umbilical screen unplugs unless an identity’s there to yield filler, the paste we’re always listing. Every moment’s sponsored. The scene has been circumscribed into a comfortable graphic. What you are can no longer originate. We’re a self-mensuration of comparative disorders, glued thornily to our tracts. For many, the financial solution amounts to throwing your body back at your parents like why this. Has IQ been converted into view count yet and will we become brave enough to empty them both? Don’t set Edison on the internet’s scale just because we’re his elephant. He couldn’t predict we’d be thawed from the wall socket any better. Who could prevent everyone’s roaming so far through their electrocution? I like how waking up’s another therapy. We’ve completed too much research to be found guilty. We’re too informed to weather an accusation that hasn’t trended. That whites thrive beyond a decimal is our most despicable trend. Our genes should require lockjaw because we invented fashion. We invented inverse arts. The few who void ourselves of cute reflection still cover what you are by the thieving, feculent percentage. To us, the greatest harm to rob off someone is their aesthetic. When there’s an avalanche of needless others like you, the struggle to get by is much debatable. Style deems you murdered with hell-length dependencies. The throng shapes you into its celebrity. Get near the machine and a parented herniation says wish to continue. We feel bigger than our packaging and suffer for it. What is lumping through our ingredients? I’m a piece of salt that does not care to think. I gel in feeds. The guidebook said so.

There’s no attack I can’t deprecate myself out of. I’ll take a pipe to my face before you even wag one. In fact, that our fetishes accumulate is the sole likeability siding with birth as worth propulsion. So cold in the D (part of this music video was filmed on the street I grew up on). I return to an abandoned garage where I serenade candy. I straddle prick-clustered ferns and await diabetes. I have befriended the graffiti. His name is pretty much George (pictured below). Filming ghetto shit marks you a light snitch bemusement. It’s a tattletale zeitgeist for stroking pads, but an actual camera, cheap and tiny as it is, still universally incites passersby. A lot of temerarious outsiders have captured plight. What a journalistically frivolous chore this hyaloid market bore into my homeland. At least I had the colonial good taste to ride my first bike here. I snuck brief snaps of a building before a young woman paused before me and broke into a strange, perhaps mocking, as our distance intensified, series of dance moves that seemed to imply (or maybe I wasn’t noticed, but eye contact happened, anyway her intention remains a stunning mystery) fuck your assumptions about my woe. I drew a line with photography. I’d rather aim to exploit her image meaner than an eye. Her gesture was so accomplished I have to try prose to peck it from her. 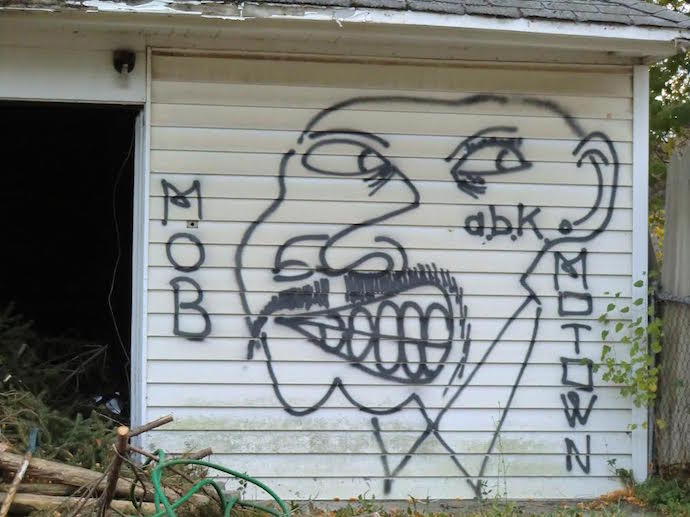 Have you been freed enough to excuse being worshipped without guilt or is that the bump and grind I’m nearly clapping through? I’m going to continue visiting the ghetto until someone can kill me beyond with their socially grassroots keyboard. Are we gluttonous to be outnumbered today? The best part about America is it takes forever to buy all the things that will hospitalize you. I’m the neighbor of your drugs and frosting, begging to shake Mexico of its kidnappings. Will none bother to quiet me against a stoop? The more anyone light transplants their adoration, suspiciously maneuvers you as their brand of wronged, the more their interpretation of a discarded tool finds the century relaxed. May my paunch subvert its very platitude by taking some popcorn to your life? The smile I got from her made submission deserve. It was as if I had gifted her some teeth in utero and then broke them out of her skull to force a thank you. As if by sitting still I had fractured the space where happiness was and the only voice she had left to scream with was performing a razor’s length of thanks. Pretty sure I lost the battle, all battles. Dare I colonize your boogie with a crafty line? I’m from here, but the natal juxtaposition of my inching through it, what my intrusive essence faintly means is if I showed you my translation of boogie in response we’d both wind up confused and a tinge disgusted. Shit. There it fell, regardless, condensed because so much garbage requires compression, a squishy vowel, my most belabored and nefarious fuck you back.