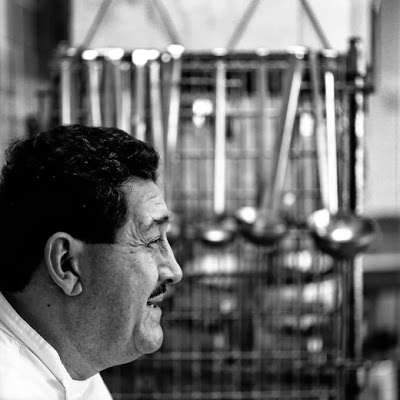 “Poem From Amor” by Frank Lima

There are no bones in poverty and
pain.     You advise me to write poems of
insanity, poems of a face eternally hidden

by laughter.     Spain’s greatest architect
slept with you a quarter
of a century ago.     Now I am your youngest poet, and

fill your bed with ink.     In the other world, in
other words, I threw away my shoes looking
for you on the throat of a

flower.     The eyes of the brolacchan lack
the great gentleness of paradise.     And I live in the vague
terror you will call and offer me a summer song and coffee.

On Monday, October 21st, 2013, the poet Frank Lima passed away. Lima was a poet of extraordinary courage, humor, and candid joy–one whom I’ve been reading since before I was in my twenties. In many ways, Lima is my single “foundational” poet. His poems were the first to ever help me turn to poetry, and over time, he has been the poet to keep me coming back.

Both within myself and within some notions of poetry, there is an intense fear of accident, usually positioned as antithetical to control. And this fear, for me, has always been pleasurably challenged two-fold by Frank Lima–it was by complete accident (arbitrary chronology) that Lima (as opposed to any other poet) would come to me at a time in my life when I was strangely primed to fall in love with poems. And subsequently that Lima’s poems would be the kind to interrogate and make peace with the terror of how “accidental” a life often feels. That pervasive feeling that sometimes life happens to us, sometimes in the worst of ways, is present throughout most of Lima’s poetry, and despite this there also appears an abundance of total joy.

His poems still contain for me, to this day, the most perceptible sense of “voice” I have ever come across. When we (poets?) talk about “voice” in a poem, I often feel like I’m grasping at an abstraction, but with Lima I can always find it–I hear a real soul speaking to me across space and time,  I feel trusted, and I feel heard myself.

Frank Lima published three books of poetry in the sixties and seventies–Inventory (1964), Underground with the Oriole (1971), and Angel (1976). It would be more than twenty years before a collection of new and selected poems, Inventory: New and Selected Poems (1997) would come out.

David Shapiro described Lima as writing “the poetry of everyday life” in his introduction to Inventory: New and Selected, and goes on to say that only “a poet of enormous strength and fearlessness is capable of describing the everyday.” In this I still find an enormous and necessary kind of permission as a reader. “Inventory” seems to be exactly what Lima’s poems seek–they are a taking-stock-of, a cataloguing of private yet explosively universal demons and joys. Darkness makes its frequent appearances, as do mediations on redemptive love, spiritual rehabilitation, “everyday” joy, public and private ecstasies and disappointments.

In the bulk of Lima’s work, the poet also remains interested in explicitly thinking about poets and poetry:

“When poets love each other from across the page / Occasionally they whisper in the same room / and gather their poems like unborn faces in the dark.”

In the nineties, when Inventory: New and Selected was published, a popular question posed to the poet became “why so long between books?” to which he once replied “There was no choice. It was imperative that I change my lifestyle and my writing as well …  Nevertheless, I did not want to become an Icon of ghetto repetition. That is to say, in order to continue writing poetry about the life I was leading would have been certain death.”

This too I admire about Lima–to differentiate between the courage to write and the courage to leave writing to live, to change, and to reflect. I have always seen Lima as a poet of intense “inbetweenness,” and perhaps it’s the kind of “inbetweenness” that keeps me returning to him over and over. Both Kenneth Koch and Allen Ginsberg were his close friends and mentors (along with O’Hara), yet Lima is hardly mentioned in discussions of either well-documented school. He seemed to decline association as a NY school poet, though critics have more than once put him in that category. It’s common knowledge among his readers and friends that Lima wrote constantly, and left only the poetry scene in the 70’s–he never stopped writing poems. But we as a community value participation, understandably, and Lima was never shy about his reluctance.

He attested in an interview that he never wanted to write poems, only that he had to. Publicly this seems worlds apart from what we might prefer to see–some emphatic affirmation of the joy and love and spiritual riches which a committed life in poetry brings to any seeker. But it has always felt refreshingly honest to me. Far from trying to paint Lima as reductively tortured, I only mean that his reluctance would reveal itself to a reader even without his declaration. Lima’s poems are fraught with an overwhelming tone of self-rescue, words put down on the page because the alternative, the thought of NOT, is loaded with unimaginable consequence.

Lima was born in Spanish Harlem in 1939 to Mexican and Puerto Rican parents. He was understandably reluctant to be labeled simply a “latino poet,” yet his poems fully embrace and interrogate his lived duality in language and cultural inheritance. The poetry society once asked him if there were “essential ways you consider yourself an American poet?”  and Lima responded:

American poetry is an amalgam of various idioms, customs of speech and dictions that comprise the American poetic language. Although we write in English, it is the unique inspissation of dictions and nationalities that vary from  North to South to East to West that distinguishes American poetic form from British poetry.

I am an “American Poet” because I am an American.

And his poems are fully American, unfortunately almost as relevant today as they were in his time–they never turn away from showing the segregated and cruel America we acknowledge exists. Lima’s poetry exists just outside the dominant NY school narrative while speaking an equally courageous and chimeric American story, one which supplements and enriches our understanding of that time.

David Shapiro was touched by what Kenneth Koch called (in an introduction to Lima’s first chapbook), Lima’s courage and honesty about “pleasure and poverty.” His early poems trace a terrifying trek though poverty in both the most literal sense, growing up in a ghettoized Spanish Harlem, to an emotionally impoverished home life, a drunk absent father, and an abusive mother. Lima’s first book, Inventory, chronicles the young man still in his twenties, writing with such fervor and musicality in the pursuit of private understanding through public acts. In his later poems there is an intense feeling of peace and learned patience, often rendered as love poems to either family or poetry.

Through the arc of Lima’s work, we are bearing witness to the act of poetry as redemption and rescue. I can think of no higher goal for poetry, and rarely a poet more reverent and effusively loving than Frank Lima.

I have always wished more people would read Lima, for these reasons and more, but most plainly just because he is infinitely likeable. He is uncompromisingly candid, full of good humor and honesty. His poems are at once wounded and tough as hell. It is truly unfortunate that his books are out of print now, and difficult (though not at all impossible) to get–thankfully there are easy places to start. Lima’s long autobiographical poem “Scattered Vignettes” encapsulates his tenderness, his heartbreaking honesty, and poetic courage.

One of Lima’s most beautiful poems “I’m Tired” ends with the poet wondering about death, specifically “wondering if my soul will become a kiss again.” I hope, and think so. Lima’s wife, Helen Lima, wrote short and sweetly for an obituary in the New York Times shortly after he passed: “You have reached the coast, Frank. We will miss you.” Poetry will miss you too, Frank. Thank you, and safe travels toward your very long, good rest.