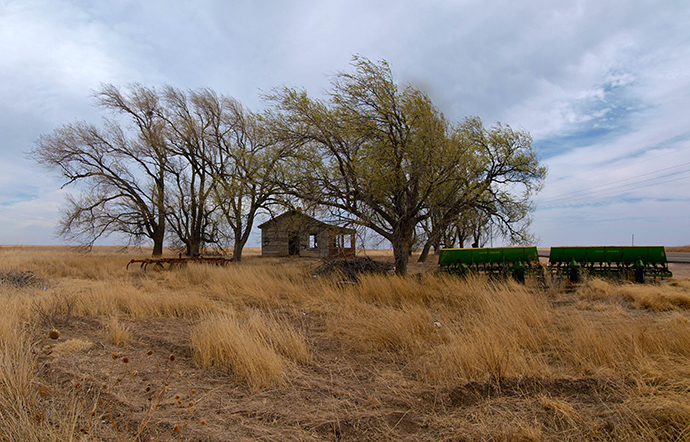 I was not an angry kid. I was, however, pre-angry. All the conditions were there. I was shy. A towhead. I was too skinny, not an ounce of baby fat to round me out. I had the folded limbs of a cricket and the emaciated skull of a field mouse—all ears, nose, and eyes, the iris indistinct from my pupils, dark saucers I tossed at the person who humoring me failed to exist. My first and best friend was a couple years older and extremely overweight. I walked beside her, her cane. She had a bowl of red hair. We called her Jewels and she bossed me every which way. I did not like her. She was either mean or lavishing me with gifts, which also felt mean. She always found a way to be with me and didn’t care if most times I was unenthusiastic, reluctant, and withdrawn. The world she ran frightened me. It consisted of attic playrooms, older brothers one barely saw, and singing the same Beatles song over and over. Our parents were friends, and our sisters were friends, and I was easy enough to overpower so she decided I was hers. She wanted to know, Was I a preemie?

Jewels lived in a mansion made of stones. She attended Mary Queen of Peace, a private catholic school resembling a larger version of her house. The school had a demerit system, so when I didn’t play like she wanted she’d hand me blank slips of colored paper—cloudy blues, minty greens, buttery pinks—but I had never seen a nun before and wasn’t conditioned to feel shame and guilt. Instead they became an endless stash of bookmarks. She wanted me to read The Babysitter’s Club. She’d do other things to punish me, like watch Disney movies. I loved horror films but Disney movies were too scary. Hansel and Gretel, Watcher in the Woods, The Kids Under the Stairs. Bad things happening to children. Or Jewels would bolt upstairs and hide, leaving me to roam her long hallways and their series of closed doors. Turning each knob, calling out for her into darkened rooms. I never found her.

Instead I’d go and sit at the piano in the living room. The windows were stained glass, too high to see out of. Below were enough built-in bookcases to hold a law library. Old hardcover books—bottomless greens, grubby magentas, forgetful browns—wrapped in canvas, pulled taut, embalmed like mummies, and further preserved behind cabinet doors resembling the decorative mesh screens separating priest and sinner. The vaulted ceilings had exposed wooden beams, and suspended by thick black chains was a wrought-iron chandelier as big as a burnt-out jeep. Someone using all their strength had hoisted it above us. Like the large bell mounted outside on a post whose chain I could not reach—even it was black and not gold. Their driveway was circular, a half-moon. But the half that isn’t seen. Smoothly tarred. One imagines town cars, hired drivers, the mafia. “I’m calling your mom to come get you,” she said. It was a threat I would have been happy about, except I knew I’d be in trouble at home.

One summer night Jewels fell into the lake. They had a house at the Ozarks on Mile Marker 9. She was stepping into her father’s boat. But the boat bobbed away. Her father struggled to pull her out—that made me pre-angry. She cried. It was dark and the water was black. We never swam at night. The lake created a shield. It turned into an eel! Her dad couldn’t pull her up. He got down on his knees. He screamed back at her.

Once Jewels wanted to pose like Betty Boop with our nightgowns over our heads. We went into the basement and took pictures. I had no idea it was lewd! Mom suspected the worst. But I had already told the truth. Why must it depend on someone else believing it? At the time I was considered shy but deep down it was platinum distrust. Even my own loving father I had doubts about. At a certain time each night he’d turn into a cicada. Stuck to bark, his shell perfectly intact, yet where had he gone? His eyes loose in their sockets.

Meanwhile, I went to two nursery schools. One was called Mother’s Day Out—that made me pre-angry. It was bad enough to be left in a church basement. I didn’t know how to blow my own nose. I’d hold a tissue above my lip but nothing happened. I’d pinch at the snot with the tissue. Still no relief. It wasn’t until I began spying on people. One had to force into the tissue wind from their brain and lose a chunk. My hatred for milk further alienated me. When I learned it came from a cow I tasted blood.

Other conditions for pre-anger: there was always one room in our house off limits; my neighbors had a trampoline we used freely; babysitters were never attentive. Except Filly, but even then she usually sided with my sister. My parents told me I could be whatever I wanted when I grew up, so naturally I had to start worrying. An astronaut they wanted to know? Halloween was a job interview. I told my father I would be a super market check-out girl because all day long people just handed them cash they stashed into their drawer. I searched incessantly through my parents and grandparents’ drawers. Not for money but for interesting objects. And for clues. My childhood was good, too good, and I was fully aware of it and nervous. All conditions for future anger.

Other kids’ parents were aliens to me. I was polite and friendly but looked at them all as trespassers. I was shy but not because adults scared me—not enough of them did! Mostly, they seemed impotent. They never had a good enough eye on me. At any second I could make a run for it, disappear forever, and then wouldn’t I be the sorry one to have found this hole in their fence. At night I believed in ghosts, but they didn’t scare me properly either. Something dead couldn’t kill something living. It was a known fact. I wasn’t scared of what couldn’t kill me and wasn’t yet aware of what could. My father told me gymnastics could kill me, and smoking. I wasn’t passionate about either, so no, those wouldn’t kill me. Then I thought about what would make me passionate and began trusting in the object of my fear. I slept at the foot of my parents’ bed, otherwise it took me hours to fall asleep. In my mind I was only ever silently saying things to myself. Also, the carpet in my room didn’t reach all the way to the wall. Daily pre-anger. My furniture was unstable, whatever had legs—desk, bed, bookshelves. I didn’t trust decorating. People trying too hard made me feel the absolute worst. Nothing was more hopeless. I followed instructions and wasn’t bad. I wrote reports for school that stated my number one concern was safety. This was false, but one didn’t want one’s mind for whatever state it was in, they wanted to see proof of whatever they had just taught me, it, my mind, to make sure I, it, my mind, was developing normally so that appropriate behaviors followed suit. So I gave it to them, and then that way my mom would know whatever became of me wasn’t because I was stupid, or had an undiagnosed disability, or wasn’t paying attention, or had never learned, or was because I was unappreciative of all their efforts. I was born with black eyes they called brown.

Filly had three brothers. Thornton rode motorcycles and said I gave people the devil eye. The eldest brother Huey hanged himself in their basement. “Who,” I asked? As soon as he was gone I forgot I had met him. His death—I would forever meet him for the first time. Filly found his body. She had this condition where she couldn’t get a cut or even a scrape because she might never stop bleeding. I accidentally scratched her with my nail and she ran out of the room. I had no idea where danger began.