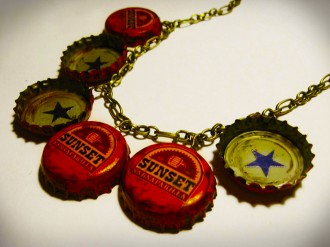 Here is a real thing that no one has talked about,
I think: when you are cooling food with your breath,
a mushroom in tamarind peanut sauce on your fork,
do you blow a little on your hand first to make sure your
breath itself is cool enough? When you are putting food
in your poem, risotto and pimento spritzers, is the food
cool enough? To go there? Bologna is a cool word, but
come on now. Bologna/poetry demographic overlap?
Exactly. See, back in the era of clawfoot soot,
I would’ve taken leeches to my complexion,
which makes me glad this era of all eras scooped up
my solitude, but it’s during the sarsaparilla
quest, skittering around on a pixely steed—heart
tokens letting me know that I can only take
three more arrows, tops—that I lick my controller
and wonder, like a Falcon Whisperer at the
Dentist, like a Knuckle Sniffer in the Jury,
was I Made for these Times? And lo do I Weep
duh, yo. What I don’t know about hornet pricks I
go and Google. So then I know about eusociality,
mole rats, the sleep patterns of the actors in the
EpiPen demos, and all the many baking soda
superstitions, and though I don’t know any better
who to believe, I know that many people believe
anonymously, with exclamation marks and all mercy
drained out in the pursuit of inflexible conviction.
Imagine bathing with inflexible conviction!
It’s like you are the beach blanket and I’m a few
relics that the minesweeper might find. Not sure
Dude With Sunscreen and Metal Detector Stereotype
is named Minesweeper, but hey, here he is, isn’t that
individual vision? That you came for? Like I
walk with affected bleariness through a world of
miraculous civility just exactly like, exactly fucking
like Sir Minesweeper, and I don’t know what I need
from you, but I need something. I need your head
in my lap as we smoke the night away in one more
Volvo toward a feeling I would like to call Soundtrack
of Violin Reverb, and you tell me it’s sad but not quite
mean enough. Well fuck. Fuck the relentless non-
forgetting and the retold jokes. Especially fuck that
feeling of promising yourself this is a feeling you’ve
never felt and won’t be able to remember, edge of a new
river, but which turns out to again be kitsch. Is that how
prayer must feel to God—I mean to the satellite—I mean
let’s be a meteor event okay? Let’s fall with absolutely no
idea that we’re being talked about. Answer N/A. Go for
get, screaming after all the light that we’re about to make.

Mike Young is the author of three books and a chapbook: Sprezzatura (forthcoming poems),Who Can Make It (chapbook of poems), Look! Look! Feathers (stories), and We Are All Good If They Try Hard Enough (poems). He edits NOÖ Journal, runs Magic Helicopter Press, and writes for HTMLGIANT. Find him in the snow in Northampton, MA and online at http://mikeayoung.tumblr.com.