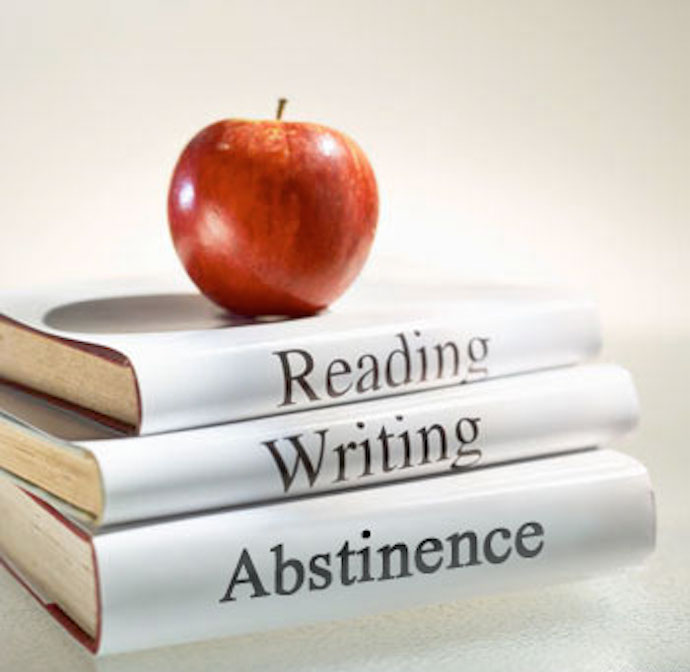 “Here are some strategies,” the teacher says,
“for consent, and for how to balance it

with what will surely be your growing sense
that ‘eagerness,’ of a certain type, can be a turn off.”

She passes out a list. She leaves room
for discussion, lets them generate

at least two new strategies of their own,
each: “Pretend to not be into it

in a way that, like, makes it clear you’re really into it
but know better than to act like it,”

one says. “Tell everyone at school you want her
but then act bored when she’s around.”

“At some point,” she advises, “You will find yourself
underneath a man or a woman or someone else

you wanted to have sex with before
they got on top of you, even though

it now feels like you’ll die
if they don’t get off of you.

Your first instinct might be to get them off
as quickly as possible, which you’ll presume

of yours, the years you’ll spend near-vomiting
at the memory of how you did this, daily,

for a year, so you moan, you find the fastest
route to their orgasm, you put your feet on the nearest

that you hate it, they finally roll off and ask
‘Did you come?’ and you say ‘In my own way.’

This is a bad first instinct.
Find others.”

“Ideally, you shouldn’t sleep with anyone
you have to persuade to do so.”

The student writes this, among other things, down.
She thinks about an earlier exchange:

I have a ton of homework”
“You can do it tomorrow,

No one talks, she thinks, anyone else into sex
in Jane Austen’s Persuasion,

even though the whole book, as far as she can tell,
is about love, and being talked into or out of it.

Anne is persuaded not to marry, though, so, she thinks,
I guess, she is talked out of sex.

And Anne’s so often the object of a sentence’s action:
“The absolute necessity of seeming like herself produced then an immediate struggle.”

Though it’s very important not to confuse active syntax
with consent: It’s not just “He raped her” or

“She was raped,” It’s also: “He was struck
by the ease with which she gave in” or “She quit resisting.”

The student writes many such examples, divides them
into two columns, looks for recurring

structures, forgets to pay attention
to the teacher, who, she gleans

from the snippets that break through, is talking
about ways to eat out a menstruating woman.

on the side of safety, not of risk.”
The student copies this down, from memory,

at the top of a clean sheet in her notebook.
For the first part of Perusuasion,

persuadability is an error: Anne wouldn’t be
unmarriageable, still longing, had she not given in. Then,

persuadability is safety: Louisa ignores
advice, and cracks her skull.

Her English class agreed
it was a mistake to find

a thesis statement on whether it was good
to be persuaded, in this book, or out of it:

it is more a question of decisions
made in context, and of Anne’s

becoming a strong advisor herself,
one to whom she can turn.

“Here are some other instincts
you might have: ‘I just need

a minute, can we just lie here
a second and maybe take it slow, I’m sure

I just need to regain my senses.’ Your partner,
if they are not a rapist, will understand, but

this might not work for you either: the minutes
you take will feel like hours for both of you,

could make your attempts at physical reassurance
all the more dramatic, or you might just lie there,

they want to fuck you and they might try to be understanding,
‘Maybe this is just the way she likes to have sex,’ they might

tell themselves, or ‘Maybe I can give her instructions
on how to have sex a better way,’ they might tell you.

Or ‘No, that’s not the way I like it,’ you might try,
hoping to provide directions that make

the whole thing a bit less miserable, but
everything they try will be a bit off.

Instead, try: ‘I’ve changed my mind, I’m sorry,
you’re so beautiful, I’m just not into it, can we

go for a walk, don’t worry, I understand
if this makes you want to leave.’ Don’t suggest a movie,

you’ll be tempted to as you wouldn’t have to
leave bed or speak, during a movie,

top of you again. Don’t suggest drinks,
as whiskey may get rid of your anxiety and/or disgust

and make you want to sleep with them, after which
you will never know whether you were too drunk

to have really changed your mind, you will hate them
forever even if you, in fact, changed their mind.”

The student takes careful notes. She is in love
with a man who is an alcoholic and

and with another friend who is attracted to her but not to her gender
and with the teacher, who often rearranges her hair

and who seems like she would probably be good at sex.
When the man is not there, she wants him so badly,

when he is inside her, she wishes she had insisted
on a condom, when she is on top of him, she wishes he knew

she kisses everyone, some of them seem to regret it,
she apologizes, when she is sad, she looks for any evidence of love

and tries to produce more with sex, she does not believe
that sex and love are that related, all the same, she is not sure

she has ever had an orgasm, she is afraid to find out
that she has been faking it the whole year, with everyone,

“You will not die,” the teacher continues,
“from ‘regrettable’ sex. But regret and rape are different.

And even certain kinds of regret
will mess up later sex that you otherwise might have liked,

and you want to look out for that future self, to give her
the chance to enjoy being pushed against the wall

of the shower without having to map that wall onto
other walls she was pushed against.”

but have a yeast infection. This is how, if you are a man,
you can tell a woman what you like in bed

without sounding like a misogynist, even if
what you like is sometimes legible as a performance of misogyny,

The student’s phone buzzes, she takes it out
and sees a text from the man asking her to come

over after school, she goes, he’s drunk, naked, hard,
she smiles, smokes a joint, climbs into bed, winds up beneath

him, realizes how bad her yeast infection is, hides the pain,
moves slowly to reduce friction, he asks her to move faster,

she moves faster, her whole vagina feels like it’s on fire,
she rolls onto her stomach so he can’t see her cry,

he hears her cry, he pushes her away, “What the fuck,”
he says, “You said you wanted it, don’t

put this shit on me,” she keeps
crying, she tries to explain.