Out Into Nothingness: On M. Ward’s More Rain 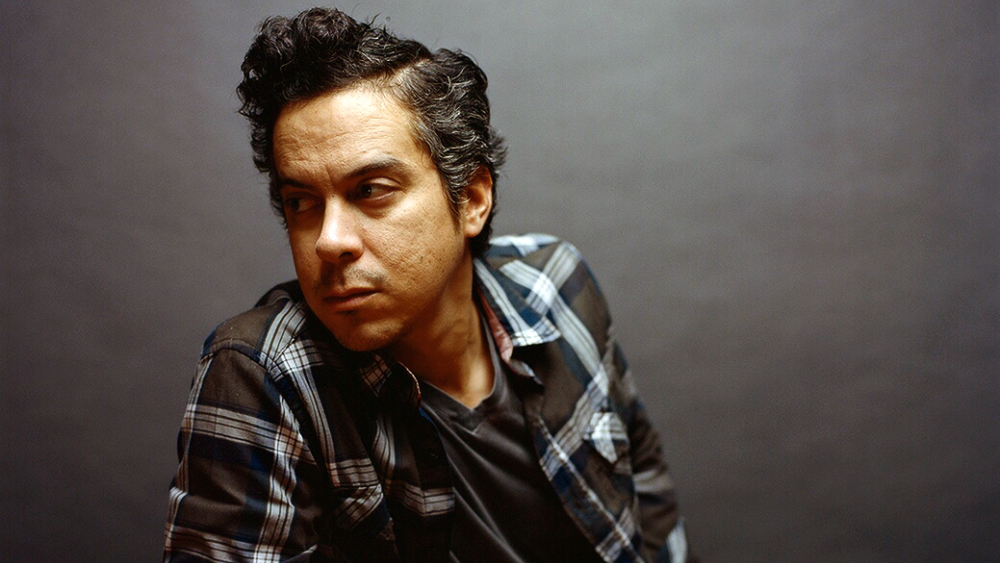 The songs of M. Ward don’t make too much literal sense, when you get down to it, and that is the heart of their bluesy, rock-and-roll-ish, doo-wop-esque beauty. It’s a rare pleasure to discover Ward: hearing him for the first time is like walking into a room off a long, dark hallway and discovering someone singing, all by himself, clearly not that interested if you’re interested in his melancholy, delicate melodies, but happy if you are. With More Rain, his latest, he’s taken the pounding, driving rhythms that swam around beneath his previous recordings, surfacing occasionally amidst Ward’s sotto voce stylings, and put them front and center, and the results are truly energizing. Ward is a performer in high focus, always, even if focus is the wrong term to use for his work, even if being slightly out of focus is a crucial part of his aesthetic.

Ward hasn’t moved that far away from the subject matter he’s always loved with this album: closeness, regret, remembrance, nostalgia, and language itself work together here, enmeshed with Ward’s soft voice. Some of the songs on the album might seem slight, if you listen too hard; what you’re really meant to do here is listen to the words, the lyrics, the way a phrase evokes an emotion without even seeming to do so directly. In “You’re So Good to Me,” he sings, “I know your eyes/Are on other guys/When we’re apart//You’re so good to me/How come you are?” The words don’t sound like much, ensconced as they are in cascading, jaunty, overlapping guitar strums, unless you think a little more about how they connect.

The song itself is an old one, relatively, originally written by Brian Wilson—and like all of Wilson’s lyrics, there’s something vaguely ajar. How do thoughts of infidelity mix with romantic devotion? And the question “how come you are” is like an assemblage of four words that normally don’t go together, merging into a vaguely childlike phrase in which you linger on each word. How come you are…what? It’s not a question we ask, normally—and even if it is merely a syllabic completion of a song verse, the words stick. There’s something missing, and there’s also something present. This half-here, half-not-here quality runs throughout Ward’s work.

Elsewhere, the pleasure we take in the lyrics becomes even more basic, and at the same time more complex. In the album’s standout emotional travelogue, “The Girl from Conejo Valley,” we learn some things, about some people: we learn about “’Slow Brain’ Winterhart” and “’Slow Thinking’ Lincoln,” among others, men who have succeeded Ward as his girlfriend’s lovers. We hear their stories: one’s a convict, one’s a drug addict, uplifted by their love of Ward’s ex-girlfriend.

More important than all of this, and more important than the fact that the song could be autobiographical, given that Ward was born in Conejo Valley, California, is that word, which Ward keeps coming back to: Conejo. Taken with the word Valley, a little arc is formed: the long o, the long a, the long o, the short a of valley, and then a slow coast outwards on the long e, which Ward drags out on one of the song’s choruses. Eerily enough, if you spend long enough with a song, you might begin to get emotional readouts from its notes and its sounds. You begin to humor thoughts like these: long vowels are gentle, short vowels are more harsh, the hard c is a harsh consonant, v is more gentle, the double l of valley is meant to be soothing. And so what’s happening, with each successive repetition of the words “Conejo Valley,” is a progression from the hardness of the initial c to the smoothness of the final ee, after which we get the four long (but clipped) vowels of “used to be mine…” followed by a scree from a Moog synthesizer, taking us… where, exactly? Outwards, towards the place where the singer’s girlfriend no longer is. An exhilarating, and somehow crucially American journey, if we want to think of being American as casting yourself out into nothingness, uncertainty, and a sea of risk.

Thinking about music this way is disorienting, sure, but you could ask: how else is there to think about it, if you really want to engage with it? What’s even more disorienting is that if you begin thinking this way, taking the risk of attaching emotional value to notes or sounds, you find that they don’t match up in these songs, that Ward is playing games with us, just a little. At the beginning of “Temptation,” for instance, Ward sings, “Temptation, step up to the mic…” as if temptation itself were going to take control of the song, or rather that he was going to let it take control. Temptation is a swerve; the idea of temptation implies that there’s a better path one is being diverted from. And yet the song itself has a gentle, almost loping quality to it; the neat way in which its notes spiral downwards and then wind back upwards suggests reassurance, relaxation, peace—not discord or discombobulation, both potential products of temptation. Elsewhere, Ward ramps up the rock’n’roll pounding in “Time Won’t Wait,” a song, essentially about loneliness, with a howling chorus, “(I just want) one soul to love me.” Ward even manages to throw in a musical quote from “Bang a Gong” here, which somehow makes the sad situation described all the more sad.

You could toss out most of what’s been said here. Ward’s songs keep listeners like this reviewer enthralled because they exist somewhere outside of interpretation. You can “read” them if you wish, but you’ll probably be wrong. This is a territory trod by a handful of other musicians—Tom Waits, Leonard Cohen, Joni Mitchell, Nick Cave, Joanna Newsom—who seem to write out of the ineluctable gene. You can’t identify a source, and you can’t always identify a purpose. And yet, always, you identify the need to sing. And you know that there is a subject, making each listen a kind of pleasant scrambling for comprehension. After a while you begin to relish the “huh?” response you have. You know it’s coming, and you know it will be there, waiting, every time the songs begin. Ward is a rare balladeer of the brain and the ear, and each album he releases is a journey into the heart of productive ambiguity.