ON THE NECESSITY FOR A SERIOUS NOW 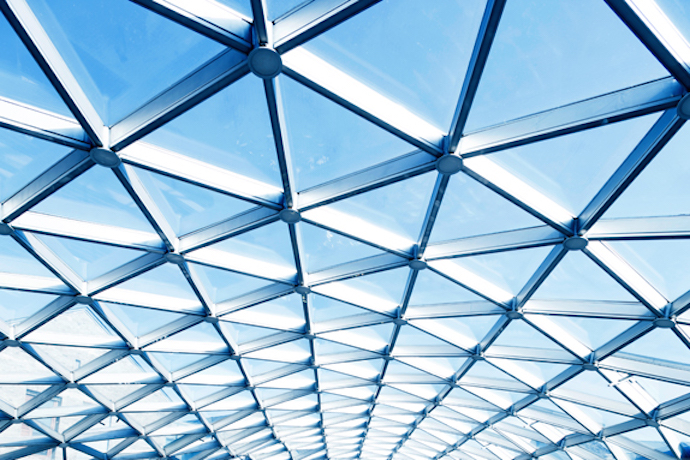 Now more than ever, as we enter into an era that is arguably more politically immediate than any one of us have ever known in our contemporary present, it is time to take ourselves seriously. Deadly, stone-eyed serious as artists and intellectuals. Today, it is our mandate that we must treat our own ideas seriously and treat the ideas of our contemporaries just as deadly serious. I’ve only known myself to be authentic as an artist, so I will speak upon seriousness as an artist, an artist who thinks.

Over the last decade, I have experienced and been culpable in the perpetuation of the waning of serious treatment as it relates to artistic expression. I have publically and privately experienced and been culpable in the reduction, typology, and dismissal of ideas and expressions in artistic works made by my contemporaries and peers. This action occurs mostly alone or at the level of the closed circle, in the casual dismissal where we tell ourselves there is not much at stake. It occurs in gossip and suspicion, in voiced or internalized doubts that operate by sarcastic distancing and takes all of what we do as artists to be eternally granted.

The result as I see it, and in which I am also culpable, has been a corruption of value toward the responsibility of the artist. It is a responsibility that many of us must now learn again to own and bear. What I am addressing then is not the seriousness of a work itself, which should be come to as always-already serious and thus authentic and real, but the idea of our work as presupposed to carry a serious cause as it relates to the self and world that is likewise inextricable from the work as it is made.

Many of us we live in a hegemonic ambience of discouragement. The causes run too many to name here, many more immediate political causes such as the systemic forms of division and racism that aggregate in varying forms of intensities. Better individuals have written on those causes. For now, let me organize what I know. Many artists today have indoctrinated themselves into the privileged tropes of institutions, mostly universities, that not long ago promised or implied a path to a future to be synonymous with a realizable actuality. Over the last decades we have watched such tropes violently disassemble themselves beyond our control and into a concrete reality of indentured servitude we ratify through our continued participation. We have named this condition adjunctship. Adjunctship is the debt-reality many of us analogously find ourselves in politically and economically, but the condition is also phenomenological; we feel as though we are only ever arriving as supplementary to ourselves, not the essential part. This is a bourgeois problem, a student problem, but it is also a problem of the worker, all of a which exist in the artist and intellectual, who must likewise now devise a discipline to enhance a resistance toward the discouragement of catastrophic segmentation.

For those of us who have not indoctrinated ourselves into the privileged universities or institutions, there remains the simple fact that as artists we compete for warm slivers of oversaturated attention to be seen. We do this for the validation we feel we need to experience to actualize the embodiment of the abstract expressions we have assimilated with our being to give us meaning to our time on earth. When we don’t feel recognition, when we don’t feel seen by an other, however that lack occurs we embody an introjection of discouragement. We lose our exigency for meaning-making and sour into complacency. We dismiss and disparage. We believe the rock we thought we’d thrown through the window turned out to be a stone swallowed anonymously into a dark body of water.

These are only two presentations of discouragement – one particular, the other universal – but both remain prevalent and weigh upon many working contemporary artists and peers. What remains is that while discouragement may appear to arrive later as self-perpetuating, it is not originally self-derived; it is received, learned and metabolized to less or more degrees of intensity.

Whatever the reality of it’s source, we must acknowledge discouragement is a contamination upon our generation of artists. Discouragement at once hangs over us like a specter while likewise cancering inside where it does not rest but mobilizes into a perpetual depreciation. This depreciation manifests internally and externally and we must acknowledge the consequences to have serious implications for our art, the world, and ourselves. Today we must recognize discouragement as a tool of the State. By not taking ourselves seriously, we rob ourselves of the impact of a revolutionary discipline that must be allowed to affect states against The State. By allowing discouragement, we destroy the possibility of impact that our heterogeneous, expressive works may have.

Moments after Donald Trump was elected into national office my peers universally expressed a fearful disdain. But in the margins of their discouragement a message for a general call to work was written. I wondered – what was the work now, and what should it look like? Of course it is and will be activism, protest, volunteering; all of which will continue and charge; as much as such efforts are organized, they are legible and can be joined. What is less legible is how the artist should now proceed.

It is clear that when we casually treat ourselves and one another as easily reducible and less than serious that we as artists and intellectuals are disorganized. Entrenched in our own ambitions and ambient doubt we lose the will for serious discourse. As much as the virtual has collapsed the present, we no longer view ourselves as historical, as necessary. We lack discipline. If we are to make meaning from our work in politically immediate times, if we want to remain necessary as artists and responsible for and toward our world, this must change. We must view artistic works as meaningful and as a part of the world that will live both contemporaneously and beyond us. And we must understand this implication as one of serious vitality and magnitude.

Of course when the world shakes it is easy to imagine art as superfluous and the making of it a shameful indulgence. But if we tell each other this as artists we are cowards. We are lying to ourselves if we do not recognize the human will to create lasts beyond the shock of the immediate present. The will to create, if it is true, is supernatural. It is not governable by the present conditions alone. It resists segmentation. We must together create an imaginary that resists segmentation where our artistic works matter, even if we must begin on faith alone.

This imaginary cannot be created solely by creation, nor is creation the only condition of seriousness. We are heterogeneous and plural beings. We live inside pluralities and should thus operate plurally. We must engage each other at the basic level of recognition in an equanimity of seriousness and discipline. This must include further operations of discourse and distribution in contributions that go beyond ourselves and our immediate present.

A return to seriousness is not a mandate on aesthetics. Aesthetics have nothing to do with it. That we will continue to disagree, disparage, and neglect each other on the basis of aesthetics reflect the inextricable part of one’s own identity as a being who values by judgment and segmentation. This surface segmentation is inevitable. But aesthetic judgment must never be allowed to operate as a mask that hides a deeper belief in social divisions and segmentation. We must not allow aesthetics judgments speak for binaries and dualities. That an artistic work appears, that it is human-made and is, is all the requirement needed for serious consideration.

On election night we entered into a new era. We must now recognize our differences and regard them seriously if we want difference to continue. We must discipline ourselves to be serious. There is no activation without a revolutionary discipline. That is where the responsibility of the artist now begins. That we must reinstall it through praxis and faith is our mandate. We begin by taking each other and ourselves deadly serious.

Brian Foley is a poet and critical theorist living in Denver. His latest book is The Constitution, available from Black Ocean Books.

Tags: responsibility of the artist