Nu-Metal Can Decay: In Conversation with Theodore Darst 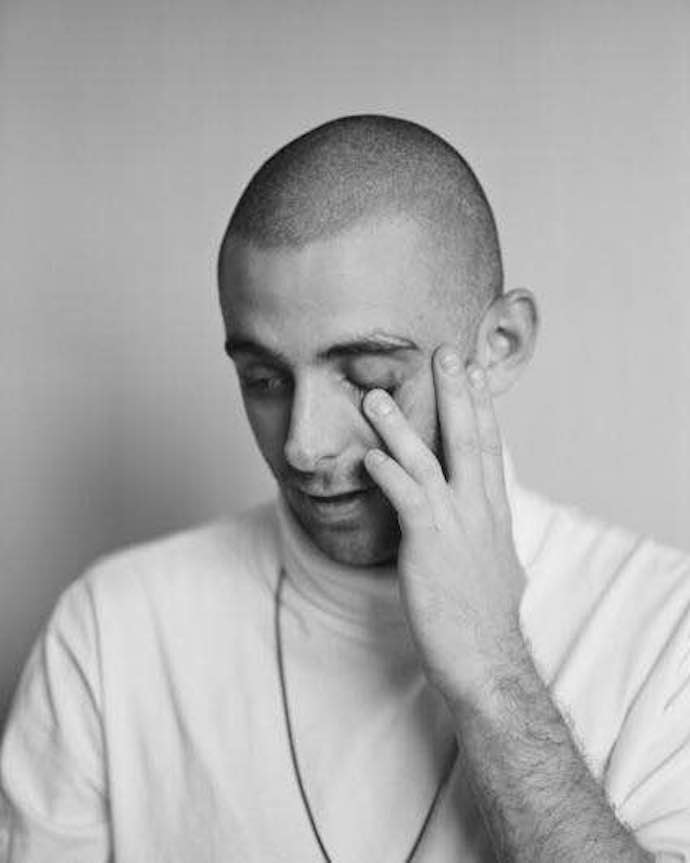 In THE TOURIST – a bad neighborhood, a new video by Theodore Darst, transgression is solitude when framed by isolated narrative moments of in-camera time-stamped marked faux-aggression. Pixel-scapes of unintelligibly reduced washes of a near-twenty year old mosh pit de-evolve from obsolescent media to an awkwardly harmonious wave of singularity. THE TOURIST – a bad neighborhood is an amalgamation of nu-metal archaeology, an infinite reframing of anti-capitalist gestures, and a filtering process for re-directing both +/- energy into the questionable spaces of digital skin.

As someone who was one Slayer CD away from becoming a Juggalo and frequently wore oversized full-color, full-print Todd McFarlane’s Spawn t-shirts in the 1990s, I was intrigued by the cultural moments that dominated much of my adolescent existence found distorted, redefined, and abstracted in Theodore Darst’s THE TOURIST – a bad neighborhood. I talked to Mr. Darst about the video, which debuts here. Our correspondence is below.

THE TOURIST – a bad neighborhood from Theodore Darst on Vimeo.

What ideas are you confronting, molding, or addressing in your work? How have these questions informed or developed your work?

I think I’m mainly interested in the ways that humans become numb towards reality when it’s mediated through technology. The horizontal distribution of images online, whether it’s a video of the 9/11 attacks or some immaculate 3D rendering of the construction of an unreal space become equivalent online. I like how these additive and subtractive modes of representation become meaningless.

The Tourist –a bad neighborhood begins with motifs, moods, and tones associated with horror. The forest is often a setting in horror that is used as a site of entrapment, confusion, or site of violence. What is the specific function of a setting like the forest in this piece?

When I made THE TOURIST – a bad neighborhood I was living alone in a semi dilapidated house in upstate New York and in a really bad place in my personal life. I think the forest symbolized something that had to do with an operatic sense of horror but also a feeling of possibility, not in an entirely positive sense. I liked that it was a place you could go to for purity and peace but also I was attracted to the idea that I could just go there and vanish at any given time.

Is there mistrust in positive energy in your work? There seems to be a correlation with bodies morphing, faces grimacing, and data-severing of limbs whenever positivity or healing is discussed in the dialogue.

I think I mistrust the idea of energy having a positive or negative thrust either way. I feel like startup culture, life hacking, and a lot of the post internet art that sets out to examine or satirize those cultures maintains a belief that some sort of positive energy or simulated nirvana can be achieved through a brain activity or using an app or making an installation. I don’t really buy any of that.

When I was making THE TOURIST – a bad neighborhood I was thinking a lot about the riots at Woodstock ’99 and how it was this sort of pre 9/11 cultural moment where all the negative energy got let out. It’s in the dialogue too. Right before he told people to tear down the security towers and burn all the shit down, Fred Durst from Limp Bizkit said he wanted everyone to let the negative energy out. You could really make a case for most energy being negative energy.

There is a lot of modification of skin in this piece – both in the characters, environment, and font textures. Can you speak to this?

Most of the elements in my work stem from presets or characters and various animations I can apply to them that I buy online.

I’m interested in the evolving idea of stock imagery, from the type of flat photographic imagery that might have been used in print ads in the 1980’s to the current form of .obj models of fully malleable “humans” that exist in the sculptural space of 3d animation. I think the more raw texturing in my work functions as an intervention of some sort, maybe like a remix, or work from the pictures generation artists.

I think part of what draws me to the use 3D animation goes back to that uncanny valley space where you might feel empathy or physical presence from a flat image that is clearly just a coordinated jumble of pixels. Even the way the characters in THE TOURIST – a bad neighborhood move has nothing to do with “real” space. Since it’s video not being used as device for documentation, it sort of runs into a funny space where there’s actually no possibility for real violence. I think we’ve become so used to certain signifiers of realness like in camera depth of field, or the light reflected in a lens, that it is easy to accept a flat 3D animated image as having depth or space.

Is there a resistance from synthetic skin?

Probably. I guess that ties back to the violence or the perception of violence enacted on the synthetic/digital body. It’s definitely interesting to me that in the majority of the time people invest in an avatar or digital character, they end up putting the body into extreme situations. You rarely see a digital body doing something soft like having a tea party or watching Netflix. Synthetic skin seems to exist in order to test the limits of our concept of the body.

When the dogs appeared, I thought it was representative of Cerebrus, the multi-headed dog that guards the gates of Hades. Then, the infinity symbol, the figure eight, the never-ending crossed loop travels over a highway as the speaker indicates a purgatorial existence of traveling via communication in social media. Is social media a purgatorial communicative highway?

I don’t think too much about social media when I’m making work. That symbol in particular came from this bit of footage of my friend Ted Kennedy signing a Square Space iPad where he was just doing this symbol over and over which seemed like this really beautiful, feeble anti-corporate gesture. I think from there I just wanted to see it repeated in space in a different way, which is why I 3D modeled a version of it, I guess.

The dogs in particular just had a really vicious quality to them, they actually drifted in from a different, unrealized project, but I liked the visceral reaction that animation in particular has on viewers for some reason. I think it confuses the space between foreground and background in a strange way.

At one point, the video meditates on low-res slowed footage of the crowd at the infamous Limp Bizkit Woodstock ’99 performance. Are the dialogue and the footage an attempt to parse the cult of mythology that is created in media-constructed, or media-informed, forms of identity?  Skewing occurs.

A lot of the video stems from an interest in the Woodstock ’99 riots. I feel like it wasn’t the death of baby boomer rock that anyone wanted, but it was the one they deserved. Like some sort of actually untamable but totally unfashionable punk rock force. I feel contempt for both of those cultures nowadays, including no small amount of self-loathing by someone who was obsessed with nu-metal. So actually, in response to the question, it might be more about mythmaking than any sort of parsing of a cult of mythology. I want to mythologize Fred Durst.

Yeah. I read a book recently about Benedict Arnold where I learned that when he betrayed America, his most important attack on the 13 Colonies was where he led a British fleet against his hometown of New London, Connecticut and burnt it to the ground. I think my next video will be about that act. It seems very American to burn down the foundations that helped build you up.