I bought Capital by Thomas Piketty because I wanted to do a huge review titled: 666 lessons I learned from Thomas Piketty’s Capital. But I only read like three pages of the book. These are the notes I took on those three pages. 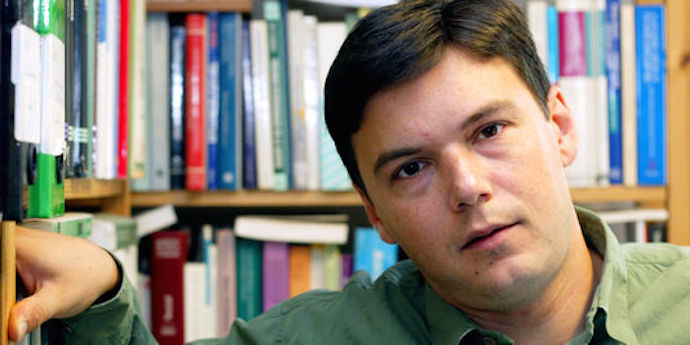 This book is based on fifteen years of research because Thomas Piketty is a professor but he also gets paid money to write books about money.

Many observations are banal and anecdotal.

The law of supply and demand implies money can’t survive only living inside America’s butt.

The data we have does not reveal anything.

People are suffering because they lack the statistical data needed to prove their theories.

Data needs to learn how to be a better dad.

Although “informations” is not the plural of the word “information,” we can pretend it is.

One person who made a lot of theories was aware of the speculative nature of making so many theories.

Most of the data in this book was created by the people.

To understand something it is essential to look at it directly until it becomes something else.

Inequality is not bad as long as you have a theory for why it is not bad.

From a theoretical standpoint, other theories—beyond the ones that already exist—might exist.

Europe used to be “like super rich,” but then someone made a graph and Europe wasn’t as rich anymore.

This book is based on the privilege of spending fifteen years of one’s life thinking abstractly about money without ever having to worry about money.

It is important for institutions to create opportunities for people to study money.

The problem with distribution of wealth could be solved if everyone just bought Thomas Piketty’s new book.

Intellectuals would probably be able to save us, but they’ve already devoted themselves to their privileged lives studying abstraction.

The people in America who think skills and productivity only exist in the United States.

People with inherited wealth are always peeing on the economy trying to make it grow.

The dinosaurs never believed in globalization and look what happened to them.

There were only three people in America when the Declaration of Independence was written and now there are like 300.

It’s too bad slavery existed because if it didn’t then all the white people would be dead by now.

When people live in the United States it is impossible for them fully understand the economy.

Most economists are nothing more than a relatively abstract mathematical theorem.

If you are twenty-two and your doctorate has not been globally recognized you’re better off getting a job at a grocery store than continuing in academia.

One time at a party, an economist got so angry he began drawing numbers on his face and screamed at all the guests until someone filled his pockets with cake.

Sometimes when a theoretical construct seems too abstract it’s because you haven’t analyzed the historical reality of your own genitals recently.

Originally, the book was going to be titled “Money in the Year 3000,” but the editor was like, “Nah.”

It is difficult for people who own nothing except their own hands to believe in the idea of money.

For a long time, most economists believed if everyone just prayed hard enough for wealth then society would be stable.

It’s funny to think about whether or not “modern economic growth” would exist if there were no humans.

A country’s national income would be ten percent greater if male testosterone wasn’t raped with so many beef proteins.

National income is equal to the number of gasoline buckets you can fill with ribosomes.

Unfortunately, unless your family once owned slaves you’re probably never going to be accepted to business school.

Before you buy a piece of land make sure the previous owner didn’t build a ditch and fill it with all the illegal solutions to his invisible problems.

The choice is simple. You either decide to help earth continue to exist or you decide to make money.

A person’s income is like a river that never learned how to be wet.

The average national income per capita would probably rise if you gave every belly button its own candy bar factory.

Every year, people who don’t earn nothing still have to pay the bald guy with weird armpit fabric.

Most concepts have definitions you have to understand in order to be knowledgeable about these particular concepts.

In the late eighteenth century, people attempted to measure things they thought were measurable.

When a man defines himself as a number like 400,000,000 it should be pretty obvious this man has a tiny armpit.

Patterns don’t exist until someone says, “Hey, I think this is a pattern.”

The “truth” probably lies somewhere between two figures that have not been determined.