Notes on Brevity as a way of life 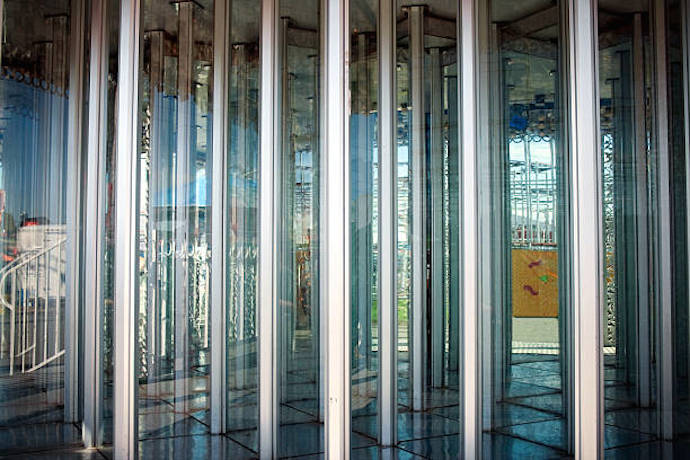 The not-boy mispronounces their
words enough times to create a
language that explains itself. Sees
words like jouissance and thinks with
more context it will reveal truth. Not-
boy still cannot explain how
jouissance should be felt, but a boy at
work cannot pronounce Not-Boy’s
identity. Thinks with more context it
will explain itself. It. Boy sees Not-
Boy fun house mirror. Different, but
correct? Maybe. In the mirror Boy
sees obfuscated Boy, not Not-Boy.
Says sir enough times he feels he
found definition, decides to hell with
the context, and Boy sends Not-Boy
to hell with it. In this way their
identity is respected. To be othered so
much because similarity is not
fathomable. The point of the fun
house mirror is to laugh at what you
see. Boy is a practiced giggle. A
carnival laughter, cannot pronounce
jouissance but has felt it. Not-Boy
looks out from the mirror, sees bullet,
knife, feels shatter and does.

In a review of my work the journalist says Stock Trans Motif and the following weekend three trans women are murdered in Louisiana and Boys look into me hoping to see themselves but only find static. The Stock Trans Motif is that I am alive but all I can write about is graves and the definition of brevity is transgender life. To be born until there is a dead name, a second puberty, a second death when that too must be buried. I say I hope to be taller and no one thinks of the practicality of being able to climb from a grave. Brevity looks into a Boy and the boy is in Black, roses dirt at my feet and is that not the motif, to be so perennial the world buries before we are dead? How a few days after Alphonse Watson is murdered in Baltimore a funeral director choke slams a trans woman. How the motif is every trans person over 25, a ghost, a haunt, is walking through dark homes hoping to be asked our names, but unable to speak them. The motif is that when we did it matters where our faces it the camera, and I’d we pass while passing away.

Alain Ginsberg (they/them) is a transgender author and performer from Baltimore City, MD. Their work has been featured or is forthcoming with Lambda Literary, Shabby Doll House, Metatron, and elsewhere as well as in the chapbooks “Until The Cows Come Home” (Elation Press, 2016) and “Loathe/Love/Lathe” (Nostrovia! Press, 2017). Alain is a barista, a bartender, and a Taurus.