This is the second in a two part work. The first is here. – Ed. 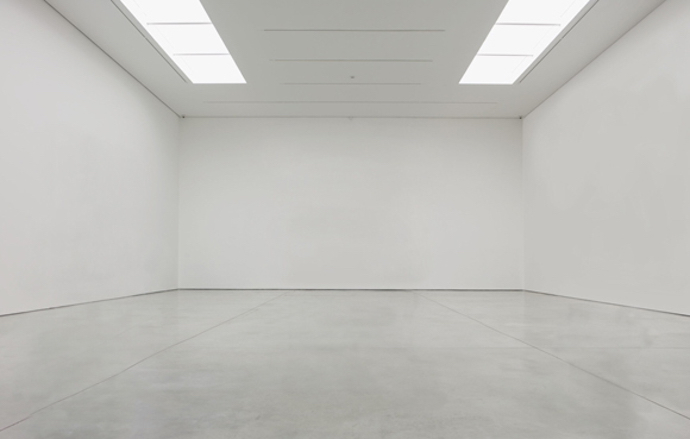 Notes for a Future Manifesto of Non-Conceptualism:

If art is now (and has been for at least 100 years) maximally possible – whereby anything and indeed nothing can be considered as art – then any transgressive step, any new art, and so any substantive breach, must reside in the impossible, in an art of the maximally impossible, in art that defies all conceptualization.

Conceptual art (itself once an anti-art) became art, is art. The requirement now, then, is for a new anti-art, and for that anti-art to itself become art, and this art is Non-Conceptualism. We must move from the idea is everything to the idea is impossible.

If Warhol (following Duchamp) turned art into philosophy (as Danto claims), then what would philosophy turned into art look like? A Pessoan art, perhaps: an art of impossibility, an art that extends beyond our dreams for it.

The work of non-conceptualism (as an apophatic art) will only ever be the viewer’s impotence to conceptualize it, and this failure therefore becomes its one true instantiation. Art, then, just becomes that which cannot be thought. And once again it will be everywhere and it will be abstract, only it will also be nothing other than its own impossibility, and thereby its own ineffability. If we were ever to conceive of a work sufficient in its inconceivability to qualify as this new art, it would automatically be disqualified as an instance of such art, through the very act of its prehension.

This new art is an inaccessible form of life. It is alien. It is intellectually and emotionally aberrant.

Art is made elusive and transcendent (again?). However, it is only these elements’ comprehensiveness that can be put into the service of a possible (and thereby impossible) aesthetics.

You will not recognize the new art, if it ever arrives, beyond your own ignorance of it. However, in place of the new art, the art it is humanly impossible to conceptualize, you have this document, and you have the perpetual transition. In effect, nothing with change, for we will continue with the idea of the non-idea. You will though begin to see (more clearly, or for the first time) all other art as differentiated parts of the same corpse, as the death throes of our ugly reflection; or else, as will become more common, you’ll see it for what it is: the gestational convulsions of a too exquisite monster.

If art has become in and of itself incomplete, massaged back into some approximation of fullness by our perspectives on it, then this new art will instead and in and of itself be complete, and rather reduced to nothing by our essential ignorance of it. The lacuna is no longer in the work, nor is it in the viewer, but is instead between them: an unbridgeable, penumbral gulf that neither can cross. This is not so much art enslaved to reason, determinate and true if also perhaps inaccessible, as it is reason applied to art (to the art narrative) and its established indeterminacy as a means of freeing art from itself. We are not establishing the determinacy of art so much as the determinacy of art’s impossibility, wherein art in its new form must reside.

If the success of any work of art has always relied upon its leaving behind some unconceptualizeable residue, as Schopenhauer claimed, a position later adopted by Lyotard and by Deleuze, then a new art will simply realize the art and dispense with its materiality, which after all could be anything, because a conduit to intractability is not art. It is the intractability itself that is art. Art can no longer be a conflation of this residual element and that from which it is a residue, but must instead be the residue alone, the perversely impenetrable, the confoundingly inexplicable. Our concepts miss their mark because they must miss their mark. All articulation of art’s essential unintelligibility is only and must be the blind and looping intelligence of our ignorance. After all, where does this newness lie if not in the abandonment of failure’s prevarication as a practice, to be replaced by resolute inarticulation as a mark.

There is no privilege assigned to experience in the new art: it is both non-conceptual and non-experiential. It is what is not experienced and not thought. Only its impossibility for us is known.

Art’s materiality is far from ineluctable: it is cumbersome waste, it is a corpse, it festers. Art’s only object is its objectival dissimilitude, its collapse into objects in general, and its transcendence of objects altogether.

It is this unavailability to us that makes it art, thus privileging us via our own exclusion. Art just is this epistemic and experiential collapse of function.

Art’s indeterminacy has been a mask, for the determinacy of its impossibility.

An unfelt mysticism, a disaffected affectation, a yawning lack of everything there is and isn’t, aesthetic experience just becomes the conditions of its own failure. An imposition of experiential silence, a thought collapse of what art has been, a reasoned rejection of the art object as anything that can be accessed outside of our rationally considered acknowledgement of how it is we arrive at its myriad impossibilities.

In the sense that this new art’s possibility is its ultimate impossibility, it can be thought of as heuristic. However, as far as Heuristics as a solution is concerned, non-conceptualism seeks to solve only by removing the need for a solution: it becomes the solution to end the requirement that there be solutions.

Broadly speaking, this video work is an example of transition because it undermines itself, because its isolation as a discrete element destroys its former integrity (as a jump scare, as immersed, as hidden, as fleeting). We conceptualize beyond that failure and it’s gone. But its very construction, as it is available to us, means that it’s gone already. The jump scare might be thought of as existing on its own terms, without the fabrication of a narrative, so that what it was for us has been lost and what it is for itself eludes in a way that our attempts to understand it, beyond its integral inscrutability, only take it further away, only distort and obfuscate its core alterity.

Is this the last work of art? Maybe, but there will be others. This work (and any in its vein) should be thought of as permanently provisional. And these works will look a lot like the conceptual art they seek to replace, and will remain that way, for the transition from conceptual art to non-conceptual art will never complete: it is asymptotic. However, as non-conceptualism’s proximal objects, transitional works should nevertheless guide you to the edges of non-conceivability, and by doing so will seek to undo what they are. They will be imbued with the horror of a trap. They will fail in telling ways. …