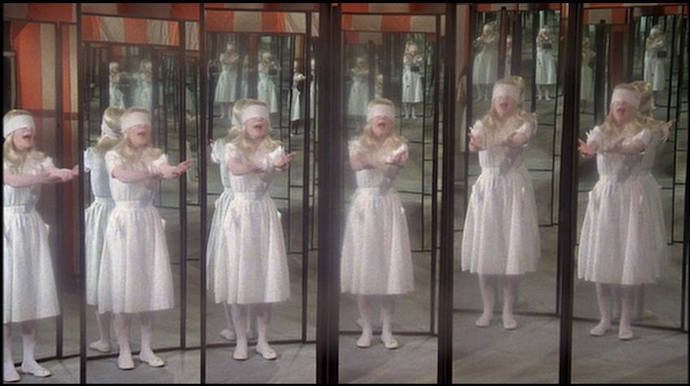 If you can’t taste mercury in your mouth you have no place being mercurial. Bypass the god and the planet: go straight for the element. Become deformed at room temperature. Deform others. Let rooms be the catalyst for your becoming fluid. Move through the room irregularly. Be the conduit for harsh light: take that fluorescence into the bowels of monsters. Get poisoned, emerge poisonous. Be wary of absorbing heat. Make only evanescent and feeble connections to the world around you. Remain lean, but maintain your high molecular weight: be dense, fall through floors. Accept volatility as your only default state. Avoid becoming solid: to become solid is to risk dismemberment and such depletions impose an unwelcome spatiality. Repentance is cowardice: it will absorb you. To survive you must unknow guilt. Be corrosive. Be a cushion for the dead. Suffer what you are. Drink your own silver water. Become the mirror now of what will happen. Write out your contaminants in human-sized neon letters. Refuse to enervate. Refuse to die. Eat your hat like it was filet mignon. Tend toward psychosis, hallucinations, suicide, spasms, dreams, depression, and insomnia. If you can’t taste mercury pretend you can until you can.

Cultivate headaches: bad ones, eye-poppers, ones that make your face feel like a landslide. Lose days. Lose weeks. Lose all sense of place and time, of that which aches. Retain only the aching.

All these things will impede your writing. You’ll barely live, maybe. But after it, or somewhere in between, you’ll write something, and that’ll be it (unless it isn’t), because a line or two is all we can hope for now. Anything more is too much. But then those lines, of course, may well go on indefinitely.

Become so bored with yourself and the things and the people around you that nothing moves. Then become bored with being bored, so bored with boredom that you extemporaneously implode. Let the extreme density of your imploded being redesign the sponge.

All exhortations toward cultivating a readership should not be distinguished from incitements to take various power tools to your head.

Concentrate hardest on how it is you cannot concentrate. Focus only on how blurred everything is. Depression was clarity, and now this dull miasma. Eviscerate your defences.

Nurture sanity from your insanity. Inhabit neither. Pretend you can tell the difference till you can’t.

Don’t imagine your madness already rare, because likely it isn’t, so make it rare.

Acknowledge that being everywhere at once is being no place. Make your home there. Become ill at ease in that home. Become homesick for territories that resist all conceptualization.

Experience the greatest movement while stationary.

Know your total body dysmorphia as a concrete truth. If some days your body is not the alien you wake up in, spend said days correcting this fundamental untruth.

Insist on your fictions being frictional. Fictions should unite only in a mutual discord. Fictions should have no further edges, other than the words they’re made of – which can expand forever.

If you stand still make sure it’s because your head is on fire and you need to concentrate on the details of its gradual disintegration. Otherwise, always be going somewhere other than where you are, as long as those other places aren’t places at all, but emptinesses whose shape is yet to be determined.

If you must pursue reality, don’t imagine it conforms to any ready idea you have of it. The entire realist tradition is a litany of dull cartoons. Know that realism always underestimates the real – in order to encounter it. Any of the standard prefixed realisms (sur-, ir-, anti-, quasi-) come closer, through their deliberate distortions, to what is after all already distorted.

The only thing to be made clearer is your own perplexity.

If you have to travel for your ideas you’re too rooted, too stable, for your ideas to matter. Your unease in the world should be travel enough. You are already everywhere when you are nowhere. This unease is boundless and can constantly disorientate the tiniest space. But the goal (if we can humour ourselves with such teleological delusions) is not estrangement so much as the consecutive residences excavated therein – to find your place in being out of place.

The bad air in the escape tunnel is the hope for the other end.

Accept that human existence is preprogramed to put you to war. But never adopt your mode of discord, as you would a foundling. Instead, give birth to a mutant conflict grown in the indeterminately many wombs of madhouse profligates, their ovaries fertilized by the soured and turgid semen of raving landed gentry with weak chins and thin arms. Brew your turbulence like a thick, exertionless sweat. Suckle your hostilities, your disequilibriums, at a sow’s belly of infinite length, so that none might see the other in order to jostle or compete or exist in the same place at the same time.

Refuse to be tedious in your manic depression. You have nothing left, so cure yourself in all the wrong ways. It will help to become more ill not less. If you can think of some way to aggravate the condition then do it: if you can get worse you have disproved your condition. If you can worsen your condition once, you can do it again; and if you can do it again, you have something. Concentrate on the smallness of that potential slip, its quantal pause. Belong there till you can’t.

At the end, if you manage to heal yourself, you will most likely have healed yourself numb. You will have instantiated an imperviousness that permits you to survive at the price of a compulsive and automatic requirement to muffle and to homogenize. Amplify that muteness. Your whole body will have become a phantom limb. You will dream your life as it is lived. Your life will be the lesser dream, and yet still the truest dream – the source of dreams. You will think you know what it is to die.

Accept Pessimism and then move on.

Through the use of mirrors become acromegalic: all hands and feet and face and tongue. Grow into your forced enlargement. Finesse your clumsinesses. Finesse your uglinesses.

Centuplicate your prolix sentences like a punished child. Grow to love what might be wrong with them. And then change them anyway. Make them longer if you can. Make the longest short sentence possible.

Be munificent with your cruelties, by always keeping the worst of it for yourself. Remember: no one deserves it more than you.

If you must be bucolic, leave us room to believe the trees we see have roots grown through bodies. Leave us what we cannot see, so that what we do see can, however fleetingly, be seen.

Adjuvants are your enemy: multiply your tumours.

Although there will be no joy left in your laughter you should continue with it: it will serve as practice for something else. For all His sorrow in the Garden of Gethsemane: a catachresis.

If you moralize, do it in the dark; and keep it there, or else drag it out under a desert sun. Pour more light on light, excessive light. Darken the lucifugous till it’s twice unseen. Force the cavernicolous into some midday furnace. Whatever the light perishes wasn’t there. Be a mushroom grown in the sun.

In order to sate the exigency for change, keep looking. Watch the same thing and wait. You do not need to move. True nomadism has no legs, just as true perception burrows where it cannot see.

Let the apocalypse be what it is: the already dead hoping never to have been born. Know that this is what beginnings are made of.

Thanatopsis: what else? All rooms look better from the exit. How else to suffer looking but from there? But then know that leaving is never the totality you’re looking for. The rupture fixes itself in hideous ways.

Only the lifer can feel life. You only ever escape the prison into another prison, like those incarcerated on islands and in swamplands, deserts, and jungles know. (Ionesco’s small vs. infinite prison.) The larger prison is the real prison, because you have to invent it for yourself.

If you must respond to moral outrages, to genocides, to prejudice, to hate-mongering, to persecution, to environmental crisis, etc., you should first reimagine their reality in a way that details the details into a universal disgust. In other words, don’t just imagine your writing about them matters, give them an existence beyond their mattering. There are those victimized by idiots and those victimized by their own idiocy and your sentences are not a salve and nor are they a weapon: they are merely an additional web of futility in and around and on top of what is already futile enough on its own. If they can do anything they can complicate the obvious and clarify the complex, and by doing this remake our worlds, if only momentarily, less humanly stupid, less intransigently banal, less suffered and more supple and more supplicant: because they can dream something else while at the same time knowing it’s a dream, and because impotence, only ever its own reward, is a gift too often squandered in the cause of utility. Dig a maze in the earth not a grave.

The futility of madness? Why, of course: true, true. But then we’d have to imagine the non-futility of its opposite, and that itself is also a kind of madness, the popular kind, the truly worthless kind. And so it keeps more words in than it lets out, so what. So its meanings are its own, so what. Where’s the shame in being that snail (eh, Sexton?), and growing into your madness so that all you can hear is the sound of yourself disappearing? As if you listened to the world anyway.

Coeval affiliations are no less pestilential than the historical kind. To be of your time or anyone else’s: how regrettable, how embarrassing.

If madness obviates creativity, then so much the better for anything that manages to percolate through that necrotic sludge.

The writing matters because nothing else does, which is not to say it actually matters – the realization of which can make it matter.