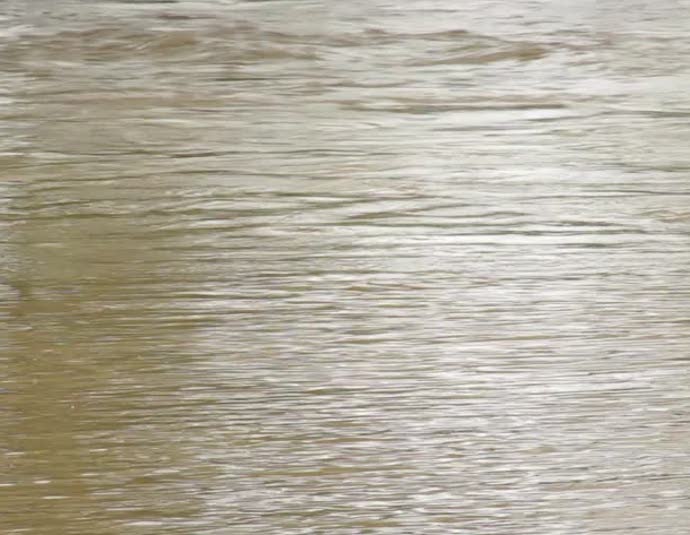 Andy dove down to pond bottom got his bowels into a twist shakin the hot fries out his pants like dust bunnies at the moonshiner’s parade. Peeled back his eyelids and let the silt coat his corneas like a seasoned cast iron hangin on a rusted laundry line.

Sank his feet into the pluff mud and staggerstepped his way up the embankment where the tree roots crawled down the overhang into the rift in sand and silt. Bubbles spurted out his nostrils as he stirred up the muck underfoot til a cloud a sediment gathered in the stagnant water round.

Chilly down here, he thought to hisself in his cut-offs and worn-out flannel. Ceegar clenched between his buckteeth hangin out his yapper all puckered and chapped.

Dropped down on his haunches and got into a crawl. Brushed through the duckweed with rolled-up shirt sleeves, two flaming eyeball neck tattoos and a roundabout crankwatch. Knocked the algae from a tree limb. Spooked a crappie in a tire fire. Red wigglers risin beneath a bright spillin moon til a carp swooped down and ate up.

Reached the overhang with a thud, his eyes rolling back into his head like moth balls. Laid down belly flat in the leaves and the cud, stuck his arm into the manhole feelin for some tongue-spots, whiskers, dorsals or gills. Felt the cavern close down on his arm round his shoulder. Pulled that heavy sonnabitch out the hull and saw his hand stickin straight to the tailfin.

Two silver dollar coins starin out behind a curtain a scales and set a lips full a treble hooks and spinnerbaits. Frayed fishin line and busted up plastic worms packed down in his gullet like a mud pie on a window sill.

Well I’ll be damned, Andy said with his mouth wide open, comin out all muffled as the silt filled his palate and dripped down his throat to his lungs. Chomped back down on the ceegar floatin in front a his face and kissed that fish on the mouth. Bent his knees and pushed off pond bottom, felt the mud squish beneath his toes as he shot straight up to surface.

Larry fell off the turnip truck wound up in a drain ditch with a plastic grocery sack tied over his head in a top knot. Laid out in the weeds with the rubbish and the trash til the sky opened up and down came the cats and dogs. Washed that sack a potatoes down the roadbed with the bullfrogs perched up on his ribcage croakin. Coughed up a tadpole gnawin on a june bug singin out a tune like a fork in a hog pen.

Eyes popped open like a mudskip sprawled out on the riverbank squawkin. Got a fist full a wiregrass pulled his body forward til his chin skimmed the surface like a poppin cork in a birdbath. Pondskaters in his eardrums, gnats in his nosehairs sent em underwater with a pocketful a slip weights.

Slow drift down with the sunlight scattered in the underbelly fading.

Turtle swam by with cracked shell and hooked nose all crane necked and gaudy. Guppies nibblin on the houseboat while a gar swirls around a pontoon prop with a bill caught in chicken wire. Largemouth bass eats largemouth bass stuck together like a burlap finger trap.

Stuck his fingers in the gills tugged along in the downdrift. Grabbed ahold of the fishheads twisted em apart pinched finger to thumb on their lip lines and hollered out NOW WHY CAIN’T WE ALL JUST GET ALONG? Choked on some pond scum hocked up a pigtail yanked those lunkers to his face and looked em in the bullseye.

Furry tail stickin out the gullet of the right one, so he shook off the other watched it dart up to the stumpheads. Made a crooked digit with his free hand wrapped the tail round the knuckle pulled the carcass from his stomach and saw it was a squirrel.

Loosened up his grip on the largemouth, skittied off in a hole woodpeckered in a gum tree eatin up with termites.

Still sinkin, Larry pulled out a spool with a worm hook attached, stuck that tip through the squirrel lip and let out the line — that critter soarin overhead like a candy wrapper caught in the wind.