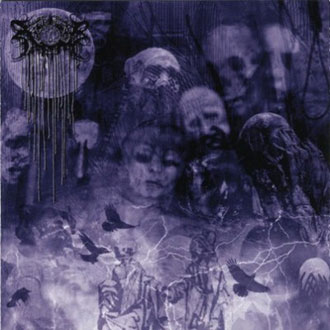 American Black Metalist Malefic has staunchly refused to compromise his vision or execution since starting the project known as Xasthur 15 years ago. Portal of Sorrow is the end result, his final (but also finest) release under that moniker. That it’s largely non Black Metal (acoustic guitars, ambient keyboards, syncopated drum beats, disembodied female vocal courtesy of Marissa Nadler) is beside the point. Xasthur owns every second of this release. It’s simultaneously a continuation of the failed, gutted sound he’s been honing for 15 years, and an earnest attempt to move black metal forward. Both reverby and dry, propulsive and leaden, Portal of Sorrow is constructed as a series of tracks whose surface formlessness belie their true form. Drained cascades of sound back vocals that sound  like screaming heathens buried in the aural murk. When a few muscular seconds of hypercompressed metal riffs make it through the anemic mix, it shows exactly how much this guy is capable of. ––Mark Gluth