Music: The Obits—I Blame You 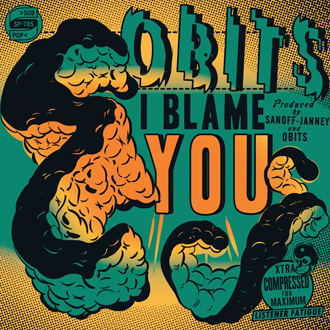 Back in the day, I recall my hometown of Newark, Delaware went through a bunch of music trends. One was racist skinhead hardcore. Another one, some short time after was melodic punk like Jawbreaker and Samiam. Another smaller scale trend was Drive Like Jehu, the seminal San Diego post-punk band formed by Rick Froberg and John Reis, who would later form Rocket From the Crypt and Hot Snakes—who also had Froberg on vocals. I remember they (Drive Like Jehu) always had something like “CDs Really Fucking Blow” written on their discs. Lately I’ve been listening to The Obits, a band fronted by Froberg, and while it’s missing the driving guitars of Hot Snakes, it’s a little more minimalist and slightly less fast, like Drive Like Jehu’s “Do You Compute” with more classic rock and surf riffs. The opening cut is quickly becoming, in my opinion, the new “Radar Love” for late night ass-haulings. I Blame You gets a little uneven toward the back end of the album, but as a lover of old shit like Drive Like Jehu I find it most satisfactory.