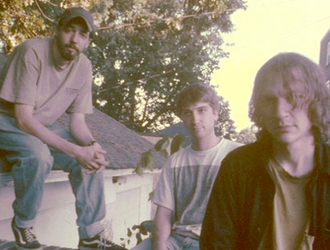 With genius lists now, and shuffle since the stone age, sometimes it’s hard to keep up with the catalogue you are passively amassing through Pitchfork points and whatnot. Well this happened to me recently with a band called Marmoset.  I don’t know when I downloaded them, and I forgot to make a playlist so I never synched the album to my iPod (now iPhone). But I swear, as I embarked amongst a sea of Coachella last week (with standout performances by My Bloody Valentine, Liars, Superchunk, Los Campesinos and MIA) was a little disappointed Marmoset was not there amongst the huge list of bands. These pounding, persistent, psychedelic Indiana lads would have made the icing addition, a brilliant tent set anyway. Ahh…regrets are worse than horseshoes and hand grenades.