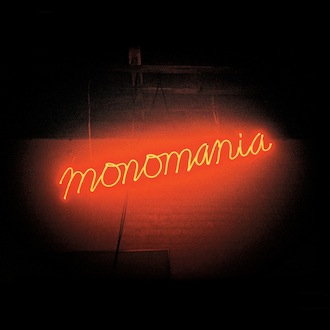 By the time I stand up and look out of the window of the rented apartment that I’ve been house sitting for a friend for the last few weeks, it’s 10pm, the sun is already gone and the streets of Manhattan are busy with people on the way home from work, people gathering in restaurants, people just being. I can’t remember much of last night and I start to run the water for a bath so that I can recuperate before heading out.

While my eyes gently rest upon the steam from the water, I relax; my back stretches as the heat of the water combines with my nakedness. I stare upwards and let my gaze rest for no particular reason on this damp trail of what used to be a spiders web. My guts feel wrong and I’m almost freaked by the fact that I’m no longer speeding. It takes an hour before it feels like the water is getting cold.

By the time I’m ready––a drink, an hour of watching an action hero actor (who I know for a fact is gay because of my friend’s story about seeing what he got up to in a darkroom in Los Angeles last year) promote his new film, a super-slick college radio band perform a single from their new LP, and a comedian who makes jokes about the government that I don’t care enough about to try and understand, a couple of meager lines of the stuff left from last night––it’s just past eleven and I’ve already missed Skip’s art opening. I know he’ll be mad, but I know he’ll be madder if he doesn’t see me at all.

I walk about 11 blocks, veering left until I get to the bar where Skip is having his after show. The first person I see is Marnie, which bums me out because the fact that she’s there, and was probably also one of the first people at the exhibition earlier on, reaffirms something that I can’t face thinking about while I’m still relatively sober. She kisses me on both cheeks and says something that’s supposed to sound funny and then moves on without ever looking me in the eye. I already feel like I should leave because things seem too complicated to move.

When I see Skip he hugs me and then gives me this look that feels lost somewhere in between concern and skepticism.

“Look––I’m sorry I missed the opening. I’m gonna check out the show tomorrow.”
“That’s ok. I mean, I would have liked you to have been there, but you know, it’s ok …”
There’s a pause that feels like another apology would fit perfectly into, but from Skip’s face, I think we both know that it’s pointless.
“So, how’s it going? You sold anything yet?” I try to make that sound kind of jokey but I’m struggling to look at Skip so badly that anything I say sounds weighted and heavy.
“I think so, yeah.” Another pause. “In fact, I should probably get back over to that guy over there. But grab yourself a drink and come over.”

He turns and walks over to a guy that I recognize––super queeny, immaculately dressed, who welcomes Skip back with an arm over his shoulder even though he’s barely been gone a minute. She gestures over to me and smiles even though he’s looking straight through me.

I spend the next hour struggling to keep up with the conversation. Skip’s friends Ray and Lucy share their drugs with me, which are really strong. I have these intense rushes and Lucy hugs me every now and then and tells me that she knows how hard all of this must be, and I’m paranoid because I don’t know what she’s talking about one hundred per cent but I’ve kind of guessed over the last few weeks and so I suppose deep down I do know it’s just a matter of saying things out loud because until I do things still won’t have to be real and besides I’m still trying to get over hearing that Jet had died and it fucks me up even more when I realize that that was two years ago and I feel like I’m almost gonna fall headlong into a panic attack before I find myself smoking outside the bar with Ray looking right into my eyes.

“I mean, Skip is one of my best friends, but I’m still gonna be friends with you, you know?”
I don’t answer, just try and focus. Ray’s got a picture of Lou Reed on his t shirt but I can’t work out which album its from.
“You know you can always talk to me if you need to ok?”
“Umm, yeah, I guess.”
“I mean just because I’m friends with Skip it doesn’t mean that I’ll take his side or make judgments or whatever, you know?”
“Yeah.”
Ray starts kissing me and even though I feel really spaced out I still get crazily horny, albeit in this out of body experience kind of way.

2am and we’re downtown waiting for Ray’s friend’s band to start playing. The floor of the club is sticky and a punk rocker who just threw up over his boyfriend is being pulled out the room by a security guard who reminds me of the dealer who used to show up at the squat where Skip first started showing his sculptures. His boyfriend is screaming and bleeding from the mouth.

We both start to trip out before the band get on the stage, so that by the time they do start playing they do so in a way that subtly works them into this bent narrative that keeps chopping between what’s happening during the show––how I’m asking someone if those are track marks on the bassist’s arms to––to what’s happening after the gig––when we’re in the back room of a gay bar and I’m watching Ray get fucked while someone holds a palm of white powder up against his nose––back to the gig where the singer is telling the audience that the future is ours to ruin and that he doesn’t care about himself anymore––to the last song when Ray goes nuts because it’s his favorite––to  afterwards when Ray can barely stand and I’ve half forgotten about him anyway because there’s a nervous looking guy who reminds me of Skip and he’s looking at me and trying to get me to follow him into one of the cubicles––to a little while after that when I see the art dealer who was with Skip at his party earlier but who now doesn’t recognize me, and who has now got about three young hustlers queued around him at the bar while they let him bounce his boring but impressive NYC disco war stories against their heads while they try to out flirt each other into his wallet and pants for the night––it’s trippy because I start to feel like friendship, real friendship is the only thing that matters and I realize that’s the most optimistic thought I’ve had in maybe five years and it feels like even though it’s the drugs that have put me in this state of mind it’s my mind and my soul that are really facilitating the experience and knowing that I have everything that I need already here feels bigger than me right now and I start to cry which freaks out the Latino man who has been playing with my dick and he asks if he’s hurt me or if he was doing it too hard and when I fall back against the wall he pulls up his jeans and runs away in case I die and his wife finds out what he’s been doing and I think about Skip in leather jacket and I try to work out which Lou Reed album was on the front of Ray’s t shirt and I think about friendship and I think about the punk who was sick and his boyfriend who was bleeding from the mouth and I’m back at the gig with the fuzz of the guitars lighting the night in a way that my heart never imagined.

Monomania is available through 4AD.