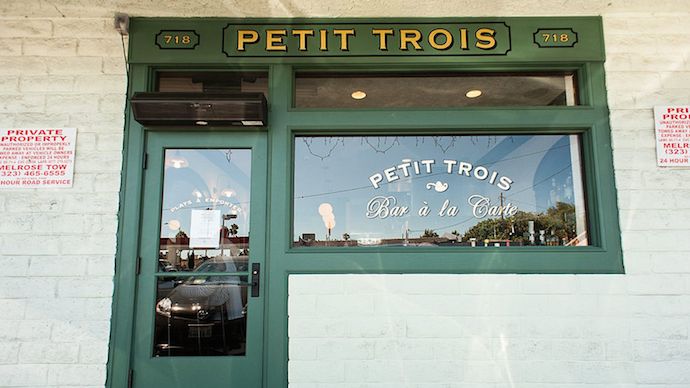 Her PA had been there so many times she had the feeling she would encounter herself there someday. She’d become a two-pronged weapon for complicated omelet requests.

One prong was a dazzling bright red good luck charm. The word “omelet” totally fucked with her head. The word was too repulsive to be sacred and at the same time too much a part of the cult for her to trust her instincts and run in the opposite direction. So she brandished the charm.

Its alchemy fended off calamity. It identified itself with the end of the world and at the same time with the efficient management of the unraveling of the world. It did a complicated thing wherein a toxic intricate request knotted itself into an intricate but benign knot and then somehow swapped itself out into a fifteen-word behest.

Behest after behest flowed into a sweet inner sanctum—enough butter to roll up all her peers in butter rolls—her peers would sleep huddled together, their aggressive personalities tempered by butter—meanwhile domineering personages extorted even more butter—dexterous tricksters who were domineering—their domineering traits not tempered by but armored in butter—prepared to wield cutlery to quash gatecrashers.

Reminding herself that she was a human child, she waded through the synthetic caterpillars that were designed to intimidate PAs by slashing at their ankles with teeth the size of scythes, unclean scythes, unclean as in not even cleaned annually, plus you had to watch out for the spiny bristles, bristles filled with poison, a low-tech concoction, an eco-friendly substance, basically just rancid Boursin, it would degrade inside your skin into nothing that would harm the environment.

She’d crossed the ninety-hour mark and her ankles were unscathed! Now was the time to call in the cavalry. After ninety or a hundred hours, caterpillars blurred into millipedes and vice versa. Not a few of her peers were on disability because of the synthetic millipedes.

She would lead a delegation of her peers all of whom bore scars admissible as evidence—not so much a delegation as a legally incorporated entity that could pull off a bloodless rebellion—bloodless but not without butter—butter, the heart and soul of any pure and just insurgency—she and her peers would fight butter with butter—all she needed was the right kind of shot in the arm—carbs—a quick downtime in a safe place—sanitary—then onward to confront the emperor.

The reparations would begin with one long nap, actually a really short nap pinched between bouts of ecstatic celebration. Her body had totally forgotten long naps and she would rehab her body, wring out of it the panicked awakenings that were an expression of love for her job. She would renounce that love and move on. Luxurious renouncing. She did love her job, just not the perpetual fog.

Fuck! In rehearsing the dazzling prospect of an actual breakfast, she’d let herself be lulled into a one-track wariness of caterpillars. She detested the word “looper” almost as much as the word “omelet.” Mireille Enos often lectured her on the futility of detesting. Now she was being assaulted on all sides by cream waves, payback for tuning out those lectures.

Synthetic cream waves—carelessness would impale you on their state-of-the-art scythes—no wait, burnout again! she was blurring threats—not scythes but chives, the wrong kind of chives—not impaling but swallowing—they didn’t even have teeth, the cream waves, they cheered each other on with brutal toothless hisses—those flecks that fell onto your tongue would do you in if you didn’t hiss back—more joyful hurdles on the way to what should be a simple takeout omelet.

Hissing back was an impregnable defense, but, fuck! she got hissing back mixed up with the vocal exercises that Mireille Enos encouraged her to practice on her off hours. Unfazed by her confusion, the cream waves swarmed, violently deploying their flecks. She sorted it out and hissed back. Their ferocity, she needed to remember, was synthetic. Whereas on the other hand, humans bore grudges.

Now she would be burdened for the rest of the day with the aftertaste of chives which would evoke for her the sloppiness that came this close to making her a martyr. Her peers would be doing rowdy things with butter and she would be pretending to join in with enjoyment but actually she would be distracted by the formidable aftertaste.

Again, fuck! The foretaste of the aftertaste distracted her. She kneaded her brows in frustration. Wait, no, she knitted her brows. Worse yet, she became aware that she’d been knitting her brows for…she had no idea how long. No way she could collect the omelet with a knit brow. Overload! Not knitting close on the heels of not swallowing.

Wait, the second prong—she’d totally forgotten about her fingers—she dug her nails into her deeply buried baby fat—her nails read her baby fat the riot act—success, it perked her up.

Meanwhile Mireille Enos was at work on a new behest. First it was a severely demanding behest but then she toned it down to moderately demanding. Then she toned it back up so it would scare the pants off her PA. The kindest of behests are those that put just the right amount of fear of God into the righteous who struggle with their idleness.