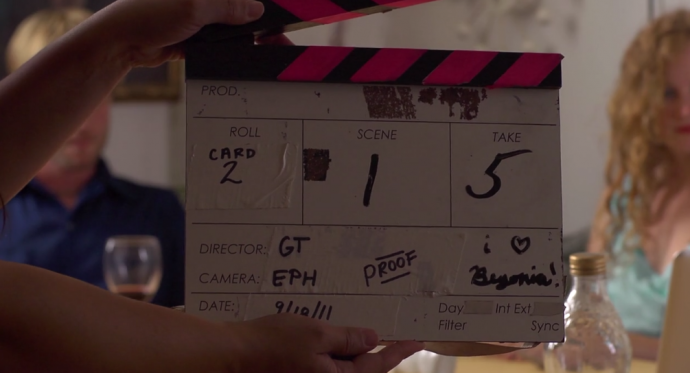 A common conception about non-narrative filmmakers is that they prefer to spend time alone. We assume that because they avoid avoid outside influences and market expectations—in some cases, even those of the academy—they create work that is viewed and understood by a limited audience. But the spirit of the sixth annual Migrating Forms festival, held at BAM in New York City, would seem to prove otherwise. Made up of an incestuous group of offerings from the art world and the independent film scene, the event has made a name for itself as the most adventurous moving image festival on the East Coast, with programs that are typically unclassifiable or doggedly specific in relation to the larger cultural conversation. Taking place December 10 – 18, it deliberately steers attention away from everything else being talked about in film culture right now, and we’re better off for it.

Among this year’s impressive selection are two features, Here’s To The Future! and Don’t Go Back to Sleep, that emphasize a communal mentality over everything else—“hangout” movies lacking a single protagonist nor an overtly guiding hand. They are limited to few locations, and primarily take place in domestic spaces, which are crowded and left messy. Both films use non-professional actors, and portray communities that may or may not really exist. They present visions of an uncertain future, comic and tragic in equal measure.

No film exists in a vacuum, and few filmmakers show an awareness of influence —or use it to their advantage—quite like Gina Telaroli. In her new film, Here’s to the Future!, she documents a day in 2011 when she invited ten people to a friend’s apartment to shoot and act many permutations of a scene from Michael Curtiz’s The Cabin in the Cotton, a 1932 film starring Bette Davis. Steeped in pre-Code intimations of sex and revolution, the scene depicts a man and a woman sitting together at a table listening to a newsreel announcement. Service workers are on strike against the city council, leaving trash strewn about on the streets. “Drink some wine, it’ll take the blues away,” she insists. She serves him food, but neither of them are hungry. “There’s something I have to tell you,” he says, but we never get to hear it. She suspects he’s leaving town. She invites him upstairs, and the scene ends on a painting of a nude woman.

It’s implied that the future of all conflict can be solved in the bedroom, but Telaroli is more interested in specific kinds of intercourse: that of documentary and fiction, but also of film production and reality, of human beings and time constraints. It’s hard work to make a movie, and most finished films try to obscure this fact; Telaroli opens this up for consideration. She lets her collaborators use their own cameras to film on set and around the apartment, capturing the preparation and rehearsal, warped or skewed angles of the proceedings; as well as the drinking, smoking and joking amongst the group. In addition to the Canon 60D used for shooting the scene, we see through two Panasonic cameras, a Blackberry, Android, Flip HD, and even a MacBook Pro (surprisingly, no iPhones were used). These moments are the result of collaboration, of varying perspectives brought together into a whole. They are the evidence of a community, and the intentionality that arises from a collective vision, not just a singular one.

A playlist of Fleetwood Mac songs plays at random, with a mixture of live sessions and tracks recorded in-studio: a neat echoing of the film’s own fusion of the preconceived with the accidental. As the film meshes these songs together in chronological order, we watch at least three different actors play each of the two principal roles, with varying cadences and intonations—even boredom. One goofy volunteer is the only figure interested in upsetting Telaroli’s structure, clattering dishes and making faces during filming. (“No anger,” she tells him.) The scene in question always unfurls in a single corner, boxed-in, upset only by jump cuts slicing dialogue and DP Eric Philips-Horst’s interstitial camera sweeps and pushes, which match the free form of the rest of the film. The entire scene is shown uncut later on, when it’s performed by two women, with a genuine sensitivity and elegance that had only been teased. This part brought to mind Matias Pineiro’s film Viola (2012), wherein an all-female cast repeatedly recites highly stylized, outmoded dialogue to vaguely conspiratorial ends.

Telaroli, a critic and video archivist at Sikelia Productions, is a mainstay of the NYC repertory scene—you can find her attending pre-1970s American film screenings. Her criticism and video work focuses on the legacy of the Hollywood studio system, specifically its wide-ranging views of class and emotional desperation, but also its irreverent sense of humor—a tonic mixture sorely lacking from contemporary cinema. Though Here’s To The Future! leaves the “finished” product an open question, it suggests that by allowing greater transparency with our methods, we may find new ways to discover that movies really are about (and made by) real people. Telaroli has crafted the most generous kind of experiment: it doesn’t know what comes next, but it reveres collaboration and feedback on a micro level, and shares the joy of that process. 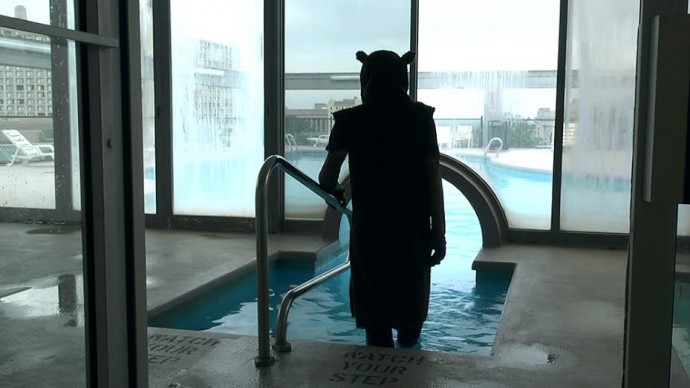 Video artist Stanya Kahn’s first feature, Don’t Go Back to Sleep, envisions the end of the world from a series of empty parking lots and luxury housing developments in Kansas City. Some type of plague has made humanity scarce, save for a group of doctors, who have been left to figure out how to proceed—but they are all taking this responsibility in stride. Clad in scrubs, some of them casually swig a bottle of tequila while performing surgeries on the wounded. Others hang out on the porch or in the garden, talking to themselves or to each other, providing snatches of conversation about Hume, motherhood, monotheism, the color magenta, and the aesthetics of spilled milk. There is a lone figure, a man in a beaver costume, who bikes and skulks around the barren landscape. “We can’t be the only thing in the galaxy. We’re too stupid,” says a doctor.

The doctors become each other’s patients (and lovers). When death strikes one at random, they drag the corpse into the parking lot and leave it there. In the evening, they throw a dance party, shaking ass to James Brown, Parliament, “Let It Whip.” The beaver-guy falls asleep on an abandoned couch in a field and dreams of his own dancers, who suddenly wake up a few feet away from him. He offers them food and limited hospitality. He wakes up again.

The title derives from a Rumi quatrain, “the doorsill where the two worlds touch,” and Kahn’s film unfolds as a series of elusive thresholds. An opening montage shows close-ups of corners and walls around the house, set to a marching drum-and-xylophone score by Kahn and Keith Wood, which vaguely resembles the theme from Halloween. In its original press release, Kahn claims that the dialogue was largely improvised, and that the actors in the film were “strangers to her.” Are they playing characters, or merely themselves in dress-up? The tragedy of the situation is always overlaid with a sense of humor and abandon–as the doctors speak on cell phones to mysterious authorities, Kahn shows us multiple conversations occurring in adjacent rooms, further obscuring causality and order. The film is as fun to watch as it must have been to make.

Based in Los Angeles, Kahn has had a long-standing interest in urban landscapes and personal injury. One of her previous videos, It’s Cool, I’m Good, features Kahn as a bandaged figure walking around the city on crutches, giving an improvised commentary on what might really have happened to her. The figures in Sleep don’t make excuses for their actions; they’re content to be where they are, even as their bodies and health waste away. It’s a strangely affirmative vision of the apocalypse. Kahn closes the film with a statement confirming her intention to feel less alone in creating art, despite the fact that we are still very much terrified singular bodies. At least in creation, we can belong to something else:

I shot this sunset in real time/We had to sit really still/and be really quiet/I could let it run. Like we’re here together./But it’s forty minutes./I could speed it up/So many great people worked on this film./I feel less alone./I mean I still mostly feel alone but who doesn’t boohoo./I hope this piece helps us feel more connected./Even though it’s kind of bleak/And not as funny as usual/Here we are.