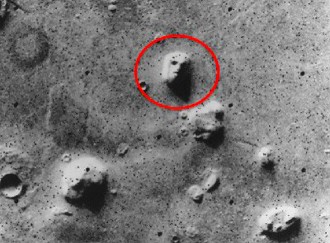 One night I was in the Club Charles – just me and one of my demons out for a few drinks. I was sitting in the banquette nearest the door. My cell phone rang. I pulled it out of my pocket and accidentally dropped it. It took a funny bounce on the seat and slipped into the crack between the bottom cushion and the back cushion. I dug around for it. I found it – and I also found a sealed envelope. The envelope was incredibly old. In bold script, Para A. L. was written on the front. I stood up and stepped closer to the window. In the backwards pink glow of Cocktails, I opened the envelope and pulled out a single sheet of paper. I gingerly unfolded the sheet. A poem was written in Portuguese. Beneath the poem was scrawled a signature – Eddy Poe. I contacted my mother’s niece who lives in Richmond, Virginia. She told me, in the summer of 1826, when Poe was 17 years old, he traveled to Brazil. He took only the clothes he wore, a greatcoat, and his foster father’s sword. He forged identity papers and said he was 25. He enlisted in the cavalry, and troopers and officers soon noted his ferocity in battle. I showed the poem to several Poe scholars. After some research, they concluded he wrote the poem for the wife of a wealthy merchant. They also concluded an angry mob chased Poe into Venezuela. How the poem ended up inside a banquette in the Club Charles is a mystery.

Lies in a slowly growing puddle of green blood.

A brave stands inside the treeline.

He keeps killing white devils on the beach

Until the big wooden ships sail away.

The Queen of the Vampires mounts her skeleton horse.

She has assembled an army of zombie shamans.

They storm Jerusalem and rescue Jesus.

No cross is erected on top of Golgotha.

I trade my rare coin collection for a bottle of absinthe.

O Dark Beauty, I meet you at the cotillion

Where a graveyard dances with a shopping mall.

Chris Toll was a poet and collage maker. He lived in Baltimore, Maryland. He co-curated the Benevolent Armchair Reading Series. Chris passed away in 2012.

The Chris Toll Prize honors Chris’s memory and love of poetry by selecting one poetry chapbook for publication each year. Submissions for the second annual prize will be accepted starting in May of 2015.