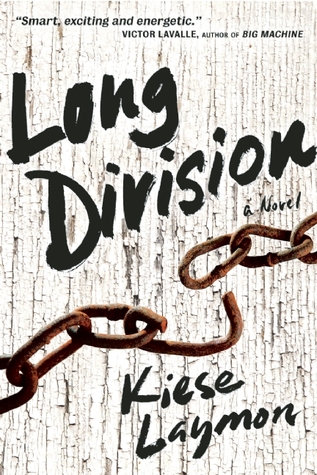 I see myself in books all the time. About half of those I read are written by people so similar to me that if we were to meet up at a bar somewhere, we would feel like we had everything to talk about. For half an hour we would feel that way. After that half hour, we would find that there was nothing left to say about how much we agreed on everything. That’s how similar we are. I’m a straight, white, educated, able-bodied man with all of his visible teeth, and so are they. In the year of my birth, my name was easily the most common among newborn boys in the United States—a distinction it held for all but one of the previous thirty-two years in addition to the twelve that followed.

If mine is not the most common life in this country, you would never know it from our fiction. I am so accustomed to seeing my own name in print, applied to characters of roughly my own physical description and mental habits, that I have never once found it remarkable. In my own fiction, I have to consciously give some characters my own name for realism’s sake: a world without Michaels defies belief. Conversely, a world without Kiese Laymons is our fictional default.

This is another way of saying that our fictions are miserably incomplete. Kiese Laymon, author of Long Division, is working to change that.

Long Division is the story of a young black boy named Citoyen Coldson. (Most people call him City.) Readers will immediately fall in love with his rich, wild, and musical voice, and with the book’s initial premise: City is one of two students representing Mississippi in the 2013 Can You Use That Word in a Sentence finals, wherein contestants compete to correctly use words in sentences both logical and “dynamic.” This would have been more than enough for a book in itself, but Long Division truly begins to reveal the extent of its joyful playfulness and invention when, at the tail end of a thorough scolding, City finds a book called Long Division in his principal’s office. She reluctantly lends it to him. “Some books can completely change how we see ourselves and everything else in the world,” she says. She warns him to be careful.

This second Long Division, which credits no author, also stars a boy named Citoyen, called City, whose sentences are just as “dynamic” as those of the first. This City lives in 1985, and though many details of his life differ from those of City Coldson’s, both the broad strokes and some fine details are startlingly similar.

City Coldson’s first reaction to this Long Division within Long Division is that there must be something wrong with it. “I didn’t know what to do with the fact that the narrator was black like me, stout like me, in the ninth grade like me, and had the same first name as me,” writes City. Part of his disquiet comes from the uncanny overlaps between his life and that of the double-fictional City, but the more fundamental cause seems to be the mere fact of recognizing himself in a book. That’s never happened before.

He also acquires a laptop computer. When he writes in the laptop computer, and after he rewrites what he’s written enough, it’s like his words are famous. He starts to write the book that will become 2013 City’s Long Division. Meanwhile, 2013 City is writing his own life onto the blank pages of that same Long Division. (In doing so, of course, he writes his life into our copy too.)

This is only puzzling in summary. In practice, it’s mostly elegant and entirely beautiful. Long Division, Long Division, and Long Division are about the joys of writing, being written, reading, and being read. They vibrate with the pleasure of their own existence. Laymon is so glad to be writing a book about these characters that he lets them read it as he writes, and they in turn feel so grateful to find themselves in what they read that they can’t help but start writing.

They all write—Laymon writes—thrilling sentences, thick with character and voice, tickled by improvisational lingo, earnest and funny and sweet. “It might sound weird to you,” writes 2013 City, “but even though I hoped that I would never do anything that could lead to my being chained up in a work shed, if I was being chained up in a work shed, feeling so sad, I would have wanted someone to read a chapter of a book like Long Division to me with Halona King playing in the background. So that’s what I did.”

During the scolding that 2013 City takes from his principal at the novel’s outset, she requires him to take a cryptic test. He has to decide whether each statement on this test is true or false. When he reaches the statement, “Only those who can read, write, and love can move back or forward through time,” he marks it true. If I had to choose a thesis for this book, this might be it.

Shalaya Crump first shows 1985 City the hole that lets them travel through time because she’s worried about their future; she can’t find any evidence of their future selves in 2013. She tells him she could love him if he helps her “change the future dot-dot-dot in a special way.” They soon find that saving the future begins with revising the past. They need to help City’s grandfather first.

Likewise, Long Division travels backward in time to build its own literary foundations. 2013 City would never begin to write in Long Division’s blank pages if 1985 City never wrote his own life down, but 1985 City would never have written if he hadn’t found the laptop computer and another Long Division. This tangle of logic suggests that young black writers hoping to imagine stories adequate to their present needs might best start by imagining the past. Writing themselves into American fiction’s present begins with writing their  mothers, fathers, and grandparents—their love and their struggle—into American fiction’s past, where they should have been all along.

That City’s (and City’s) writing is paradoxical, requiring an impossible braiding of past, present, and future, testifies to the challenge of Laymon’s position as a novelist, and to the will of this writer and these characters to live in a time and place that badly want them dead.

It may be that the most radical thing a black American writer can do is to exist and survive.

Long Division is suffused with love. Each character is bound to the others by mingled threads familial, romantic, platonic, and erotic love, and all are bound to their narrators by the same. This is the book’s greatest strength, but it also leads directly to its few real flaws. According to 1985 City and Shalaya Crump, the most important feature of long division (not the book, but the mathematical process) is that you have to show your work. Shalaya says she wants to linger in that work and each step thereof. Though Laymon’s novel never feels slow or bloated, it does occasionally linger perhaps overlong. Some scenes and characters, especially in 2013 City’s story, feel inessential, and when the characters argue, they too often argue in circles. Because they are rendered with such generosity and good humor, this scarcely matters, but at times I did wish Long Division could be just two percent tighter.

Likewise, though Long Division has several potent emotional climaxes, its ending is looser than I wanted it to be—more a sketch indicating what the book means to accomplish than a completed machine capable of doing the job. This can be reasonably justified as an attempt to allow the reader some agency in the novel’s conclusion, but readers always have agency, and rarely require such overt permission to make up their own minds.

But these criticisms feel trivial in the face of this novel’s enormous compassion, quiet radicalism, and irresistible pleasures. Long Division is a literary intervention in time and language on behalf of the people that American fiction serves least and worst. And anyway, it nearly made me weep.