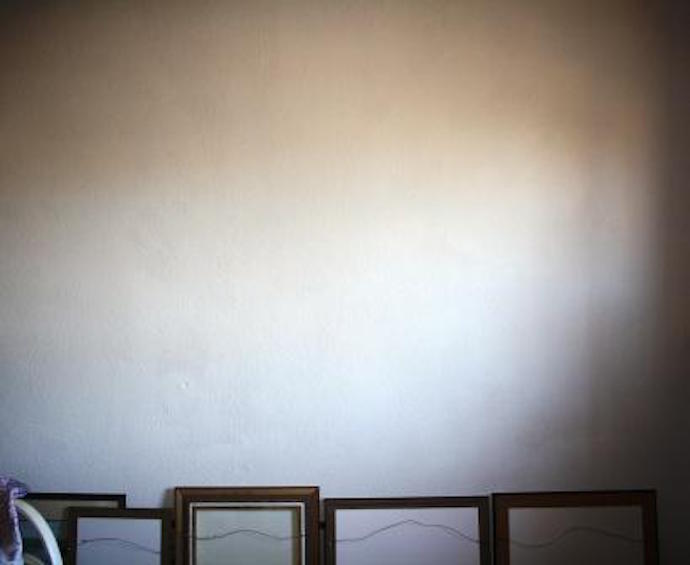 The civic purposes of the museum, were not to be a “mere cabinet of curiosities
which serve to kill time for the idle” but instead “tend directly to humanize,
to educate and refine a practical and laborious people.”

This is 1880 at The Metropolitan Museum of Art.

The museum developed a snobbish reputation.

It was argued the museum could aid in the “struggle against gigantic vices,”
and to elevate the retrograde.

These particulars are in effect an acid wash over the vulgar breadth of expertise.

I know many people living lives of artistic practice
that cannot take care of themselves,
and not out of paraplegic circumstance.

Art has not refined them.

Success, today, is the progressive realization of an ideal within a bubble.

I want to go to the biennial anyway.

We exist in postures.

We don’t need an intensive course in anatomy
to lay our hands on another human being.

Touch your partner while you read this.

All of us sufficient actors with zero nostalgia.

And this is the mirror we’ve looked for.

A gnarled buddy system to analyze our sentient world.

But oh that ass, honey.

Limitations, it seems, give people who accomplish nothing satisfaction.
David Copperfield covered a $60,000 Ferrari with a large cloth
and with his gestures he slowly ascended it towards the rafters.
This took place against a sequin backdrop with skyscraper silhouettes.
After disproving the possibility of attachments
with a sharp pull the cloth came away.
To the disappointment of some
the Ferrari had vanished.

“At the museum I look at people with the eyes of an artist, in the street with my own.”

This is Edouard Levé.

Also, “contradicting myself brings two kinds of pleasure: betraying myself and having a new opinion.”

Every new generation achieves its character through acting out the fantasies of the previous one.

But love—they have found it—in their own reflections.

We are clearly on this plateau.

Think about the quality of a free opera.

A psychic event waving our hands around polygon temples.

There is no use for prayer if you alone exist.

Narcissism is like a cliff shrub easily giving way to gentle pressure.

Doing nothing, but doing it well.

The same monetary note used for both deplorable and charitable acts
is transubstantiated through moral intervention.

Money has no conscience.

Hold a cheap pearl tightly in your hand and visualize money flowing
into your life. Now throw the pearl into an ocean or stream. If you
cannot find an ocean or stream simply throw it into a mound of trash.
The act of sympathetic magic will still manifest your desired condition.

“I got burned up by vanity and folly.”

This is Eve Babitz.

Cigar ash ignited her skirt whilst driving home from a Hollywood party.

She claimed to have suffered from “squalid overboogie.”

She remains secluded in her alien world,
the rest existing for us.

Abject Class: A cocktail of all the remnant liquors in the home.

The drink being consistently different, the taste being more of a lifestyle.

And one is not being charged with the same crime twice.

Ask Americans to crack a window for the fashion burger.

Fog machines help present you with your new kidney.

The reality of chemistry is that the fame of urine as fluid
is only next to the fame of blood.

Yes, you will still get your ocean.

We’re not unable to accommodate that.

How the sunlight lands just so on the taint.

This is the contemporary art we’ve been meaning to get into.

From the Author’s Private Collection (Birds, LLC) is the debut book from Eric Amling.