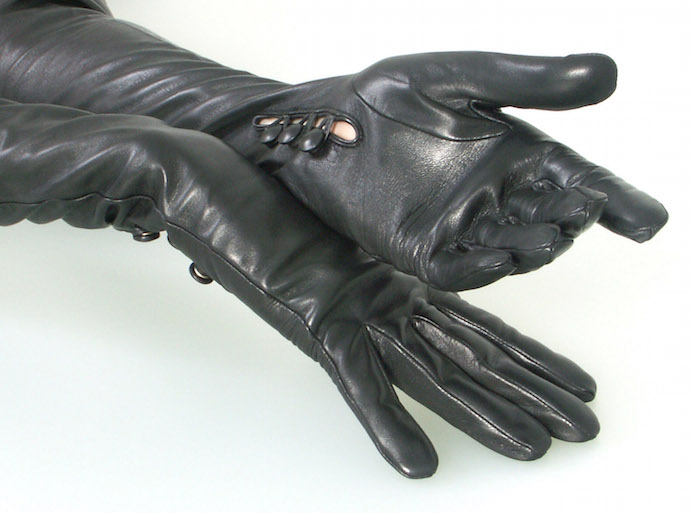 Em was a warrior. She was recovering from a three-year insult. A sloppy open wound that dripped all over everything. The Leo, she called him. But from what I’d heard, he seemed more like a maggot than a lion. A minor deal breaker among a list of issues, he had refused to go down on Em for most of their relationship. No special occasions, anniversaries, nothing. And this particular insult had chipped away her sexual confidence–day after frustrating day–reducing her magnificent vagina to some haggard razor-toothed crustacean versus the blooming spring magnolia she’d once known it to be.

“So they mix chocolate with wax? And then it smells and tastes like chocolate?”

“My box—was a box of Godiva,” she said, with a dead-eyed look that always made me laugh. But then she just wanted to talk shit about signs again.

I wasn’t as serious about astrology as Em, but considering the fact that both of our most recent exes had been Leos (my insult—a.k.a. his constant flakiness only lasting a year versus her brutal three), I appreciated the structure her mysticism provided. Em said all Leos were self-centered man-children. Which was great, since it took all the blame of a failed relationship off of me. We were done with men. We were trying to focus on loving ourselves again. As cliché as it sounded, we knew the spa was good for that. However convoluted and New Age this particular spa’s methods might’ve sounded from Em’s descriptions, I was game.

“It’s this way,” she said exiting our stop. After about a five-minute walk past a couple hardware stores and a coffee bar, we had arrived to a surprisingly bland-looking storefront. Curious, I reached for the door.

“Excuse me,” said a lady, pushing past us, leaving. Her hair was one long black braid that whipped behind her as she walked. Her skin was a dewey, flawless…fuchsia.

Like aside from the many times I’d fried myself when I forgot my sunscreen, I’d never seen a pink person before. And she wasn’t pink like the cheeks of prudes after too much tequila–this lady was hot pink, like the paper mâché you see on pinatas, pink. Pink like tongues steeped in cheap party punch.

“A goddess has touched me,” said Em, opening the door.

Inside, a petite Asian receptionist with a bowl-cut greeted us. She seemed a little more low-key than the pink lady. But when she looked up, I saw her eyes swirling like metallic purple oceans.

The receptionist looked as though she’d taken a large sip of some kinetic abyss. Like the abyss itself was trying to escape its fleshy cage vessel through the clear forcefields of her eyes.

“They’re from our Holy Mercury line of colored contacts. We actually offer this in five colors. And there are more that spiral, like Lucia’s over there. Lucia!”

A tall lean woman wearing a silver bodysuit attached to silver boots looked up mid-spray as another woman, sat upside-down, suspended in straps. Her face obscured in a bedazzled gas mask.

Lucia’s eyes were hypnotizing, literally, I could feel myself staring, being astrally projected, through the roof and over the entire length of the Gowanus Canal, I was finally free, I was…

“Are you interested in seeing our menu?” The receptionist had snapped me back.

“She just spent an hour in our hibiscus decompression tank. The color will fade after a week or so. We have other formulas as well. Trudy had our hydrangea therapy a couple days ago.”

The receptionist pointed to a blue-tinted woman stirring a hot mug of wax. Trudy flashed a peace sign over her shoulder and without looking back vanished into a room.

“Trudy’s doing a chocolate Brazilian right now. She’s pissed because one of her boyfriends called her Smurfette. But as they say, time heals all wounds.”

“I love those!” said Em. The chocolate wax I mean, not assholes…I’m getting over a break-up.”

“Ugh, egomaniacal-man-children, all of them,” said the receptionist.

“I told you,” said Em, scoping out the menu. “So is the avocado mask edible? I’m feeling a facial today. Do you do shiatsu facials?”

That’s when I noticed the mural by the sea. Filled with anthropomorphic sea creatures that went beyond just mermaids. It wound around the entire interior of the place. Even the ceiling. On one stretch by the complimentary cucumber water was the Venus de Milo standing naked in a half shell, but in the place of her classic human head, it had been replaced by the head of a shrimp. In one hand she held a sword. In the other the dangled the head of a decapitated, but smug, Leonardo DiCaprio.

Next to that was a photo-realistic portrait of Rihanna riding a shark in reverse cowgirl position. In her hand she held a bucket of what must’ve been blood she was pouring over her tits. The shark held an expression of ecstasy. Beside him stood a sand statue of Idris Elba holding a trident as Neptune.

“Oz, I think I’m gonna get the Chip Tip mani/pedi,” said Em. “They said they’d throw in a complimentary ten-minute shiatsu and my back is killing me.”

“Chip Tip?” I said, looking at my own nails, remembering how two nights before a guy at a party had compared them to the interior wall paint of mental institutions. We exchanged emails.

“We apply mini sanders to your nails after we paint them from a gradient of dark gels,” said the receptionist, “so the look isn’t too polished looking. We also offer the new urban texture line which comes in wet cement, recycled steel and black asphalt…”

“Which actually smells like asphalt!” chimed an assistant proudly wiggling her fingers at us. They were tipped in textured black. I watched as she pulled on a set of black leather gloves, scrunched her hand into a fist and smacked her other hand. WHAP. The lady waiting in the chair below her jumped.

“That’s our bruise technician,” the receptionist continued “Bruises are really in right now in conjunction with the sleeveless biker tees we’re seeing everywhere.”

“Ohh, like impulsive organic tats for the noncommittal,” said Em.

“Yeah, Bridgette’s really good, she’s super precise. One bop on the arm and you’re ready for Friday night looking like a tough motherfucker.”

“Can you match your nails to the bruises?” said Em, punching her own hand while watching Bridgette work.

“Yes, but I recommend coming back after at least six hours for the bruise to set, although we do have a great black opal that reflects both purple and green if you’re short on time. It matches most of the bruises.”

“Great for social chameleons like me,” said the lady, checking out her arm in the mirror, followed by, “Good one, Bridgette, you’re a fucking genius!” before handing her some cash.

“So what’ll it be?” said the receptionist, twirling the bleached tips of her bowl-cut between what had to be ten two-inch long metallic talons. How she typed with those things was some unfathomable mystery. They looked like they could slice right through a ripe tomato. I tried showing this to Em, but she was vanished most likely for her complimentary shiatsu.

“I’ve heard great things about your chocolate wax,” I said, feeling abandoned. “But it would just be for me.”

“Duh, who else would it be for?” The whites and irises of her eyes continued to swirl soft and purple.

Behind, Bridgette the bruise technician punched another woman on her thigh through her torn fishnets.

On the wall beside them a squid-man holding a six-pack of Budweiser tallboys straddled a jet ski. Beyoncé surfed beside him holding a funnel.

The wax was painful, as expected. But necessary considering the ample spillage of hair outside regions of my underwear, which absolutely, under any circumstance, did not require so much hair. Plus, summer was close. It was time to shed some winter weight. To be a sleeker, cleaner, brand new me.

Trudy with her blue face and blue arms was a pro. The wax when she ripped it felt like smacks from a warm, wet towel. On my vagina. But as we talked through it, she told me about the Leo who’d said mean things about her skin. “Just the tip considering all the grief,” she said, “Don’t get me started.” We talked about my flake. Em’s frugal gourmet. “Assholes,” we said. Why did we need this mysticism of men? The stupid coincidence of these signs, it all felt so common–the pain, the cop-outs, all these things that make us beautiful and whatever.