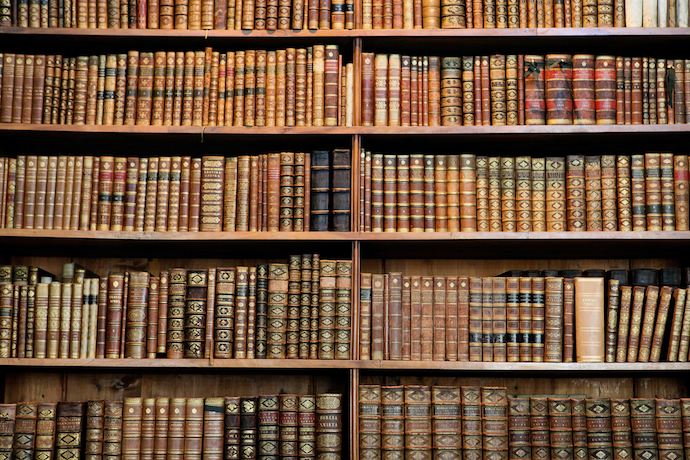 It is 2am and I am napping in the back room of an infamous speakeasy bookstore on the Upper East Side whose notoriety spans decades of illicit late night book selling and hanging amongst the books. Once, the owner Michael lived in this apartment until the books pushed him to find a resting spot a few blocks over. It is one of the nights where people come to gather, but not for a reading. More for a drink and a chat. Its an urgent moment. The rent has been increased beyond the space’s capacity. The books are moving on but no one knows where. Wine runs out fast, or more like people are hiding bottles in their favorite sections to hide their stashes from each other. Bradley wants beer and I offer to get it at the store in exchange for one. I slalom down slush covered sidewalk hills looking for an open bodega but zero luck.

I return empty handed, my friends are still at the front of the space, drinking their last glasses & perusing the shelves. People offer me their dregs but I don’t accept. Right now it is the season where I am always cold and it drives me to sleep. To forget.  I can barely contain my eyes.

It starts snowing outside. My group drove here together but I was not the driver. It’s a long subway ride home so I have to wait to be driven back to Brooklyn.

I fold into a ball, using my coat as a blanket in the back room.

Jazz music buzzes out of an AM transistor radio bookended by stacks of books.

I wiggle from my slumber & shake my head no.

Not in a way that was an invitation beyond, yes, I can share this room with you. You sit there while I sleep. Can’t even remember if my eyes are open. Don’t know who started the conversation. Was it me ? No. All that matters is that eventually we find ourselves in conversation about his editorial role at the literary journal. I am almost entirely sure my eyes are closed as an act of resistance to the word ‘editorial’. He tells me they pride themselves on taking submission anonymously.

They feel the literary world is too wrapped up in name recognition. Let the work speak for itself. Blah blah blah. Literature relying on celebrity. Publishing on the internet. Immediate access. Blah blah blah.

I am sinking back into sleep. This man’s voice.

A saxophone bleeds into a sound more like wind. Tinny, moving shafts of wheat.

My coat is enormous, serving both as pillow and blanket. My body between us but I am not concerned.

Negotiating the worlds of poetics and media, I have heard it all before.

Mine rest in Charles Olson’s COMPOSITION BY FIELD.

This space, where the intersection of poetics and video makes sense to me, the kinetics of the thing.

Four years of white male English Lit undergrad made me want to run an electric drill through my head. The almighty literature. And the question of what I had in relation to it. Nothing.

Then Charles Olson’s 1950 essay “Projective Verse” came to me from outside the institution.

One line made what I felt so clear:

“A poem is energy transferred from where the poet got it (he will have some several causations), by way of the poem itself to, all the way over to, the reader.

Some called him empirical, he was also a white man true, he never hid who he was talking to when he talks about the men and the girls ….so I focus on ….. OPEN.

When do I keep my eyes open ?

He’s not the first that tried to leave me out of the conversation.  I push on & just take what I can from the point he says, “There it is, brothers, sitting there for USE.”

At the time I first read this essay, I was negotiating the video camera. The program Imovie that came with my computer. The dvd burner. This is what I needed to do, put them to use.

When I used to hold a camera, I existed ‘instant by instant’ as Olson prescribed, finding myself constantly comparing the act of writing to image making.

I could hardly believe the muscle memory in my fingers when I first started video editing, writing images into a language that moved.

His questions were my questions:

How is the poet to accomplish same energy, what is the process by which a poet gets in, at all points energy at least the equivalent of the energy which propelled them in the first place, yet an energy which is peculiar to verse alone (my computer, the dvd burner, my phone) and which will be obviously, also different from the energy which the reader, because they are the third term, will take away ? “

The more I made & the more I thought about this aspect of the “Projective Verse” theory, a different comprehension of a FIELD COMPOSITION began to form for me.

One, that took Olson’s theory of the page being a map for phenomena and extended it to other spaces, for example the video frame as a potential map.

I assume confirmation of this interpretation when he says:

“Which gets to what I promised, the degree to which the projective involves a stance towards reality outside a poem as well as a new stance towards the reality of the poem itself..”

A promise sitting impossible, to fulfill.

But one that leaves me sitting opposite of it.

Wondering if this expectation was actually ever promised or something I imposed on the screen. Did I impose this “promise” onto the book ?

Throughout the evening at the bookstore,  my friends and I are showing each other books like we are presenting various shades of our soul to each other. When said book is greeted with familiarity, a joy abounds like being seen at your core. A secret truth revealed in this natural feeling of connectivity we hold between us without mentioning it real time.

Merleau-Ponty writes in “The Prose of the World”, “ the writer is successful in converting us to his system of harmony, we adopt it henceforth on our own. From then on, between the writer and ourselves there remains only the pure relations of spirit to spirit.”

A copy of A Confederacy of Dunces crosses my eye and I reach out towards it, put my hand on its spine.

Because I am reaching out to the girl who read it in her twenties who didn’t know what she was doing after college. Whose boyfriend made her read it because he said the character Myrna Mirkoff, the beatnik who the delusional protagonist is in love with reminded him of her. So, she read it. She wanted to see herself in his eyes but after she was done, she was not sure if it was a compliment to be imagined with such self possession.

I want to tell her that it is.

Merleau-Ponty also writes this about reading, “Once I have read the book, it acquires a unique and palpable existence quite apart from the words on the page. It is with reference to the book that I discover the details I am seeking.”

Something else I notice that night at the bookstore is how books have this way of making you want to be alone with them.

Upon arrival, I am overwhelmed by the people, so many of them know each other.

Aligned by MFA programs and other drunken post readings. I have my group here too but I am so excited by the books piled from floor to ceiling, I just want to be alone. I just want to read.

To commit to the space, it feels necessary to plunge through it, to know it, using the excuse of finding a place to put your coat to not make small talk.

I feel pulled towards the back, a tiny room with no one in it but a lot of books and a charming day bed. A lamp hits the chair just so making it clear where to place yourself to read best. Jazz music buzzes out of an AM transistor radio bookended by stacks of books. A copy of Charles Olson’s Maximus Poems sits upright on a stack, already half open. Asking to be read.

I set out now

Upon the open sea