In Search of Duende: Language In His Own Hands: Kendrick Lamar’s “The Blacker The Berry” 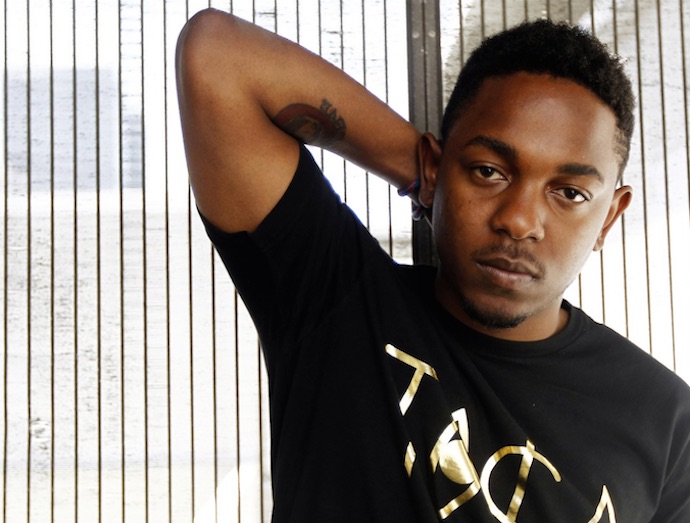 Kendrick Lamar’s “The Blacker the Berry” (To Pimp a Butterfly, 2015) begins like a child playing a counting rhyme on a toy piano. Jack about to pop from the box. Carousel music in a slasher film.

To grow up black in America, Lamar says later in the song, is to grow into a madman:

And sometimes I get off watchin’ you die in vain

It’s such a shame / they may call me crazy

They may say I suffer from schizophrenia or somethin’

But homie, you made me

The “you” are the inventors of the language Lamar innocently befriended at the schools he was forced to attend by “you,” who called him:

That’s what you’re telling me, penitentiary would only hire me

Curse me till I’m dead

Penitentiaries are America’s sickest secrets. Lamar refuses to sign on for prison life:

Been feeling this way since I was 16, came to my senses

You never liked us anyway, fuck your friendship, I meant it

You vandalize my perception but can’t take style from me

This is more than a confession

Duende is nothing if not a voice just at the edge of seizing, a language always-ever-here-now no longer meaning meaning. Lamar lived like a prisoner in these word structures and limits until he was sixteen. But he’s grown now. He’s grown enough to see a higher truth beyond this meaning this:

This plot is bigger than me, it’s generational hatred

I’m black as the heart of a fuckin’ Aryan

The plot too is bigger than Assassin, his Jamaican Patois breaking in with the hooks, bloody and duende:

All them say we doomed from the start, cah’ we black

Remember this, every race start from the black, just remember dat

Duende is the guts of the earth where the first people became. The people who became before the people who made “black.” Lamar’s body is proof he’s deeper than the word:

I’m black as the moon, heritage of a small village

Came from the bottom of mankind

My hair is nappy, my dick is big, my nose is round and wide

Listen to the song now. Let Kendrick’s voice burrow in you. See him through his voice. Hear him one step away. Let duende guide you to Kendrick in real time: his hot breath in your ear, his hot spit on your skin. His voice about to shatter. Do not let him. Let instead his air become yours every time you listen.

The intro is the only place in “The Blacker the Berry” where language opens up an escape from “black”:

Everything black, want all things black

Or tell Georgia State “Marcus Garvey got all the answers”

Or try to celebrate February like it’s my B-Day

Or eat watermelon, chicken, and Kool-Aid on weekdays

Not only that, “you” tell him what to grieve:

When gang banging make me kill a nigga blacker than me?

Like in Wallace Thurman’s The Blacker the Berry: A Novel of Negro Life (1929), following a young black woman’s experience of colorism, no one is innocent of taking pleasure in watching the blackest berries be sucked into the pit of the system. A male voice breaks in, a controlled, smooth tube:

The blacker the berry / the sweeter the juice.

The blacker the berry / the bigger I shoot.

In a system where one word does not mean one thing, there are fissures, Lamar answers:

It’s funny how Zula and Xhosa might go to war

Two tribal armies that want to build and destroy

Remind me of those Compton Crip gangs that live next door

Beefin’ with Pirus, only death settle the score

Here in the song Lamar’s voice feels the most real to me. His vocal cords throb. This is the nearest, the most duende. Joining up in that same duende I have in me, too, that everyone has.

In an outro at the end of “Mortal Man,” another track on To Pimp A Butterfly, Lamar talks to 2Pac, telling how it feels when his rap has duende:

Lamar: “In my opinion, only hope that we kinda have left is music and vibrations, lotta people don’t understand how important it is. Sometimes I be like, get behind a mic and I don’t know what type of energy I’mma push out, or where it comes from. Trip me out sometimes.

2Pac: “Because the spirits, we ain’t even really rappin’, we just letting our dead homies tell stories for us.”