In Search of Duende: Kiss the Fire 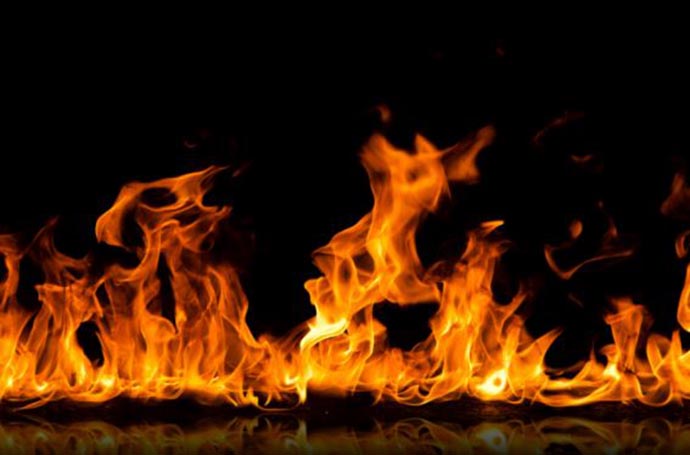 April 13, 2016, 7:30 p.m. Staples Center, Los Angeles. With one game left in the 2016 NBA regular season, Kobe Bryant’s career seemed doomed for nothing more than a ceremonious send-off. The Lakers had sucked all season with nothing to show but a drawn-out farewell tour for the five-time champion. Best hope for the Lakers star on this night? Bow out with a respectable 20 points in a likely loss to the young and rising Utah Jazz, the same franchise that eliminated Kobe’s Lakers from the playoffs twenty years prior, inadvertently kickstarting one of basketball’s greatest legacies.

When the final buzzer sounded off, Bryant had scored 60 points, chucked 50 shots, and taken his last win. The game aptly punctuated a career and legacy hell bound for the hall of fame. Watching it felt important, but surreal. With no sixth championship waiting on the other side of this game, there really wasn’t anything worth fighting for, no new challenge to overcome. At least that was the general consensus, though Bryant never goes about things in a general way. Instead he managed to conjure up something inside him—the same thing that defined his career and shaped his story. That tendon which connects unabashed autonomy with simply letting go. It picked up the crowd one last time before going out for good.

For this performance, Bryant could have credited his “muse,” a term he appropriated late in his career for narrating the end of his professional playing days. In fact, the concept helped him chronicle and navigate the mental and emotional endurances of injury rehabilitation (ruptured Achilles tendon, torn rotator cuff, fractured knee, etc.), dealing with the franchise’s historically pitiful win-loss record, and concluding a twenty-year journey. Still, if Bryant’s muse helped him find peace in hanging up his sneakers in the end, he had relied on his demons to lace them up everyday before.

Indeed, winning at the level to which Kobe made Los Angeles accustomed comes with a cost: family, friends, simple pleasures like sleeping in or taking time off, and oftentimes the notion of being a likable person (you have to be a special kind of asshole to achieve almost anything that’s worth it). Really, we’re talking about pissing off a bunch of people by letting them know they don’t matter nearly as much as getting to the gym on time or perfecting a single move. Embarrassing other players in front of everybody just to set a tone and establish some sort of fucked-up power relation. Raising the bar too high for your teammates, just to see if they even bother reaching for it for themselves. Putting your body through repeated pangs of pain because you decided to play while hurt. Kobe’s greatest demons were the ones he created.

Legendary Ravens lineman and football great Ray Lewis once said that his goal when working out was to feel pain, the very thing he inflicted on his opponents. This notion might explain why Kobe Bryant often branded his game with a poignant anger, even when succeeding. His performances displayed a certain poetry in motion inspired by desperation and hunger. Possession by something not totally real and not really in his control, produced through his actions and illustrated in his work. Call it duende.

What is duende? In short, it’s an aesthetic adopted and developed by Spanish poet Federico García Lorca to combat an overemphasis on traditional artistic values, particularly in music. Through undermining styles that overvalued virtuosity, classical form and structure, and traditional performance practices, Lorca’s philosophy instead highlights the sublime and the intangible (ideas he argues exist within flamenco music and dance). Accordingly, audiences must turn their attentions to the emotional, the physical, the sensual, and the immeasurable.

But still, what is duende? (Other writers have offered their take, which come off as short-sighted and self-aggrandizing. God Willing if someone says the same thing of mine.) To many who write about this topic, its essence swirls around notions of “authenticity” and “emotion,” two squirrely and slippery terms. The authenticity we find in non-normative models or lifestyles and/or the emotional meaning we derive from experience and trauma have wielded considerable artistic merit, mostly due to the rise of postmodernism and narrative theory. No doubt, these qualities reflect the intangible expressivity integral to Lorca’s philosophy, but leading with them as if duende comes and goes with every melancholy episode, piece of experimental performance art, or gallery advertising everything strange and profane is short-sighted and dull. This approach often obsesses with the superfluous and immediately gratifying—call it Duende Lite.

Rather than just bastardized values of authenticity and emotion, Lorca’s theory really deals with formulation and application. Duende arguably occurs during the creative process, a period where distortions, cracks, and twists birth meaning with experience and skill. A few examples. By the early ’70s, The Who began building an artistic legacy with monuments such as Tommy (1969), Who’s Next (1971), and Quadrophenia (1973), yet held tight to the same brute forces and attitude that convinced them to smash instruments and blow up stages. Throughout his career Beethoven consistently aligned himself with the musical lineages of his mentors, Mozart and Haydn, but brought out a musical abrasiveness and penchant for the sublime that shocked and appalled his contemporaries. Francis Bacon extracted excitement and beauty out of macabre paintings of meat on hooks and moaning popes. Kobe nailed game winners, impossible shots, and freakishly acrobatic finishes at the rim, all with the spirit of a maniac, but found true success when exhausting drills and fundamentals. Possession is the mask worn by Intention.

Duende is something you either have or you don’t. It’s rooted in will, which encompasses far more than a dried-up mythology. It’s about what came before art and act itself. It starts with making a choice to beat your head against the wall until it breaks. Even if it doesn’t.