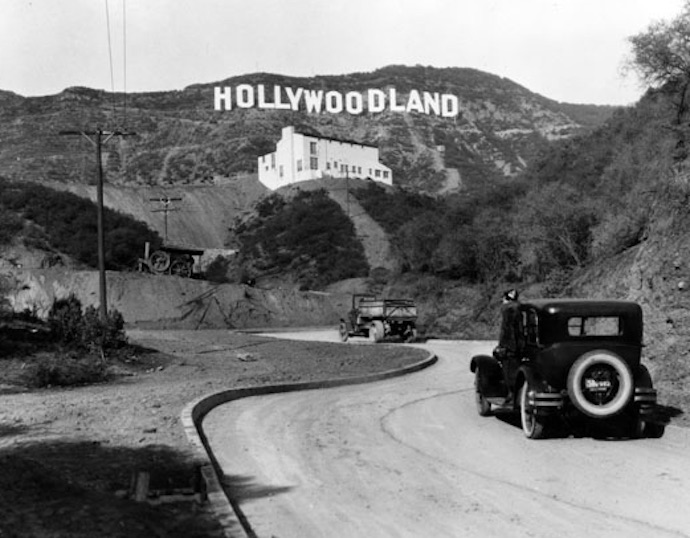 You are a Russian-born Jewish immigrant.

You came from the land of the ice and snow, from the midnight sun where the hot springs blow.

Siberia, that is. Swimming pools, movie stars… are half a world, half a century away.

You were born in 1888. Some mystics believe “888” is a coded message to you from your angels indicating financial abundance.

You were raised in abject poverty.

Your family scraped together the $35 steerage fee required to sail to New York, to come in the age’s most uncertain hour and sing an American tune.

Your people were being persecuted. Along with your parents and six of your siblings, you made it out just in time, and all you can remember from that age is seeing your father lying on a blanket on the side of the road watching his house in flames. It burns, burns, burns.

He was a full-time cantor, making his living singing songs, but he could not find the same gig in America. You lived in a basement apartment in the Lower East Side of New York, New York. If you can make it there, you can make it anywhere, so he made it working in a kosher slaughterhouse until he died when you were just 13.

You, however, could make money singing in the new world as your father had in the old country, and did just that not long after his death. Old man, look at my life, I’m a lot like you were. You worked for a blind singer who needed assistance going from bar to bar. Later, you plugged for music publishers, belting out songs in music shops and vaudeville theaters, then you became a full-time singing waiter.

When servers at a rival tavern created a hit tune, you and your colleagues were then persuaded to write your own. At 19 years old, you became a songwriter.

You changed your name.

You sold your first song for 75 cents. Your share? 37 cents.

You moved closer to Tin Pan Alley and continued singing, continued creating. Your lack of formal music training did not stop you from writing and selling your songs. By 21, you were a staff writer at a publishing firm. By 26, you composed a full-scale musical and formed your own company.

At 24, you met a woman. She was the sister of one your songwriting buddies and wanted to meet you in order to get her hands on a song she wanted to sing. This young lady went so far as to scrap with another singer for one of your tunes. You ended up giving it to the other singer, but took this one out on a date as a consolation prize.

It worked. You two fell in love in the coming weeks and got married in February, but your brand new wife contracted typhoid fever — during your Cuban honeymoon, of all times.

Loss. Grief. Pain. Joylessness. You put your sadness into song and carried on. Let it be.

You renounced your Russian emperor and became a naturalized U.S. citizen. At 29, you were drafted into the U.S. Army. World at war. You wrote a musical starring your band of brothers and raised some money for your camp. You are a Russian-born Jewish immigrant and you penned a song called “God Bless America.”

You returned to the states. They say the neon lights are bright on Broadway, so you wrote many-a song for many-a production there over the next several years. Hollywood called, too, and you found yourself composing film scores and movie songs.

In fact, there was this particular movie you worked on after you signed an exclusive contract with Paramount Pictures. It was about an inn open only on public holidays.

You had to write a song for each holiday, and you thought the one you had written for Valentine’s Day would probably be the big hit from the film. It did okay, but the song you had provided for Christmas was something you had up your sleeve, having penned it two, maybe seven, years before.

Though the film was still in production, that song was first performed publicly on Christmas Day in 1941, a few weeks after the bombing of Pearl Harbor and a few weeks before the Wannsee Conference. Yes, while your song was selling by the millions, your people were being persecuted again by the millions. In fact, six million dead by 1945.

World at war once more. During the holidays at wartime, Armed Forces radio often played your song to remind soldiers of home. Decades later, as the North Vietnamese army entered Saigon in April 1975, Armed Forces radio played it again as a pre-approved signal for all Americans to evacuate.

And not only did you win an Oscar in 1943 for that song, you actually presented the award to yourself. Creating your own reality. You introduced the category, listed the nominees, opened the envelope, glanced inside, and said, “It’s someone I’ve known for a good many years. He’s a nice kid and, I think, he deserves it.” Hooray for Hollywood. A few years later, they even made a movie titled after the song, showcasing it at the beginning and the end.

The song’s 1942 recording held the record for the world’s best-selling single of all-time in any category for nearly 55 years, according to the Guinness Book of World Records. It has made its presence in countless cover versions, school Christmas programs, neighborhood caroling, elevator music, you name it. A secular hymn. Wrote a song for everyone.

What were you thinking when you wrote it? The snows of Siberia? The comfort of home? Your new country? Celebrating the holiday as an American tradition rather than a religious one? Were you pondering an imagined history, an idyllic ideal? Sentiment or sentimentality? Clichés?

Were you thinking about your infant son?

You had wed again in 1926. Your wealthy soon-to-be father-in-law was not happy about the pairing as he disapproved of the interfaith marriage. He disinherited her, so you gave her the rights to your song “Always” to help her financially in case it didn’t work out. You are a Russian-born Jewish immigrant and you married a Catholic heiress.

Two years later, you had a baby together. Your father-in-law reconciled with both of you after you woke up to find your three week old son, and namesake, dead in his bassinet on Christmas morning 1928. Typhoid fever had struck once again. Every Christmas from then on you and your wife would lay a wreath at his grave.

Encore. Loss. Grief. Pain. Joylessness. Tangled up in blue. When you wrote “may your days be happy and bright” perhaps you were saying, “may you never have to experience this kind of hurt.” When you penned “just like the ones I used to know,” were you referring to the years before you associated the holiday with personal tragedy?

You lived to 101, dying after your wife passed a year earlier. After your death, your family continued the annual Christmas visit your son’s grave.

The song seems ubiquitous during the holidays. It is heard over and over and over again. Some people still enjoy it, others are introduced to it, some translate it into white noise to ignore while they buy things. Nonetheless, it plays. They may not know about the persecutions, the house in flames, the $35 escape fee, the poverty, losing your father, the carrying of his torch, your lack of formal music training, the renouncement, the wars, the genocide, the typhoid fevers, the dead wife, the dead baby, the constant writing, the body of work, the prosperity. You made no argument for your limitations.

They may not realize the irony could be somewhat funny if it weren’t so beautiful and poignant.

You are a Russian-born Jewish immigrant, and you wrote The Great American Christmas Anthem.