The second installment in Jeff Jackson’s monthly column for Fanzine, Ideal Home Noise, in which he rounds up some of the more compelling recent releases you should think about letting loose in your world. – ed. 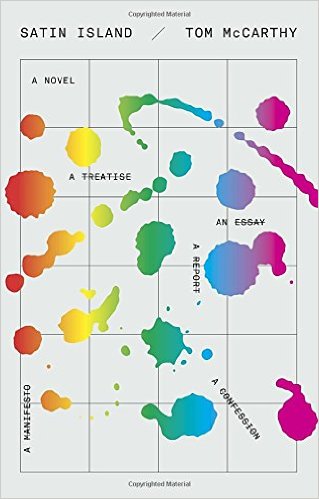 There was a lot of hubbub around Tom McCarthy’s essay on the death of writing, a sort of editorial advertisement for his latest novel that praised the work of cultural anthropologist Claude Levi-Strauss.

But the far more revealing piece about Satin Island was his essay a few months earlier about realism and the real.

In it, McCarthy writes that “what the real represents is an event, something that would involve the violent rupture of the form and procedure of the work itself.” It’s exactly this sense of rupture – rather than an anthropology of the present – that makes Satin Island so compelling.

Narrated by corporate anthropologist “U.,” most of Satin Island reads like a series of sociological essays, covering topics like massive oil spills, zombie parades, and parachute accidents. It’s the sort of thing William Gibson might pen in cool-hunter mode, though with more theoretical and poetic panache. These sections are eventually ruptured by a character’s confession about an anti-globalism demonstration gone awry. The torrential account slips from the novel’s chilly and carefully controlled tone into a troubling and transgressive tale that resembles something out of Bataille. It’s ultimately a story the narrator can’t explain, a wound the book can’t heal, and it intentionally and beautifully warps everything around it, refocusing what you’ve previously read in an unstable and ambiguous manner.

Satin Island is a sly book that’s almost asking to be misread. Its anthropological sheen serves as a smokescreen to disguise the breaches the novel inflicts on our information-saturated consciousness. 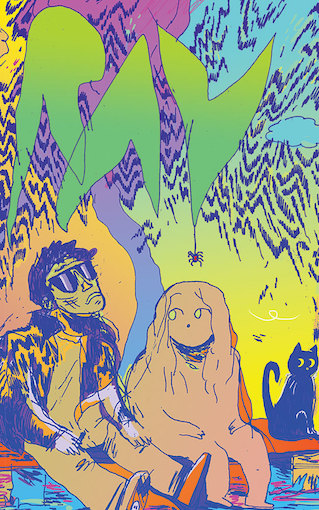 The Providence, Rhode Island art scene has proven fertile ground for comics, spawning such cult favorites as CF’s Powr Mastrs and Brian Chippendale’s Maggots and Ninja. Fans of those adventurous and crudely sophisticated works will want to check out fellow Providence artist Mickey Zacchilli’s RAV, whose initial issues have been recently gathered in trade paperback. Printed on orange pages that change gradation, they make an off-handedly cool-looking collection. It’s striking without breaking a sweat.

There’s an intentional rawness to Zacchilli’s drawing, as well as her storytelling. The book starts with a make-out session in a graveyard that goes awry. This leads to a woman getting involved with belligerent occultists at a local burger joint. Meanwhile her boyfriend tries to redeem himself while escaping dungeons, encountering supernatural creatures, and having mystical sex. Along the way, there’s even a nod to Georges Bataille’s The Story of the Eye. 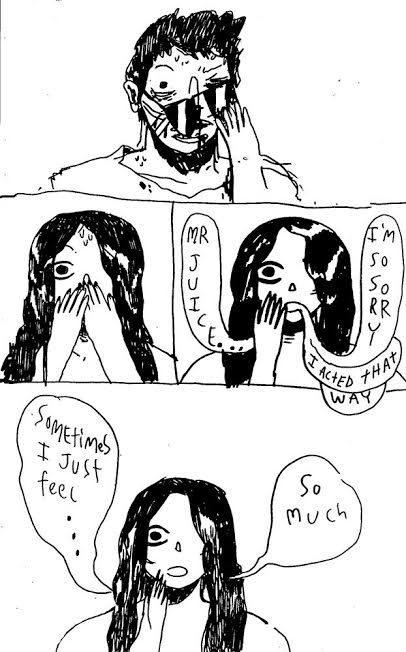 RAV ventures into surreal territory without making a big deal about it. Mostly it feels like you’re hanging out with the characters and the absurdist story is something that just seems to happen to them. Sketched in furiously scrawled lines, RAV is woven from frayed strands of incident that refreshingly refuse to be twined together. 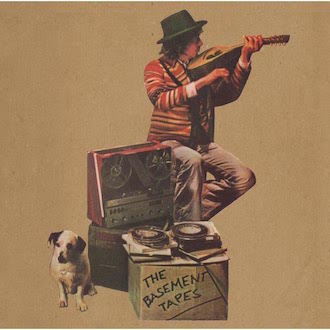 Given how this is the most famous bootleg of all time, surprisingly little has been written about the long-delayed release of Bob Dylan and the Band’s The Complete Basement Tapes.

Neither Pitchfork nor The Wire even bothered to review these fugitive sessions from 1967-68. Maybe they were daunted by the sheer amount of material: 140 tracks spread across six discs, including 33 newly unearthed songs that have never been heard anywhere. Or maybe they realized that it’ll probably take years to take the full measure of this strange, prophetic, and haphazard music.

Hearing all this material together, what’s most striking is how Dylan and the Band seem to be creating a tradition and counter-tradition simultaneously. They’re both exhuming old country and blues songs like “See That My Grave Is Kept Clean” and mocking traditional music with piss-take salvos such as “Sign of the Cross.”

Some of this music feels made up in the moment, siphoning haunting mysteries from the ether like “I’m Not There,” alongside inspired goofs such as “I Am Your Teenage Prayer.” It’s not just that there’s plenty of treasure in the mess and muck of these sessions – it’s that the mess and muck feels like nothing less than the primordial ooze from which songs themselves are generated.

It’s been said The Basement Tapes spawned Americana, but where that music increasingly feels like a dead and exhausted language, Dylan and the Band often sound like they’re speaking in tongues.