Of all the cinematic movements of the 1960s, the Japanese New Wave was the most radical. Filmmakers like Nagisa Oshima, Shohei Imamura, Masahiro Shinoda, and Shuji Terayama broke societal taboos and shattered conventional narrative structures, exploring the intersection of sex and politics with movies that still retain their ability to stun audiences 50 years later.

Kiju Yoshida (also known as Yoshishige Yoshida) is one of the Japanese New Wave’s most accomplished and provocative directors—but also one of its least known. Arrow Films’ Love + Anarchism finally makes three of his key films available in an exquisitely packaged box set with beautifully restored Blu-Ray and DVD versions, an 80 page booklet of essays that provides historical context, and extras that include interviews, a documentary, and insightful commentary from scholar David Desser. 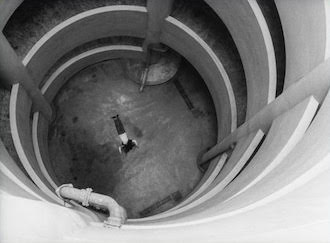 Love + Anarchism showcases a loose trilogy of political movies that address topics such as left-wing student protests, free love, feminism, anarchy, right-wing nationalism, political assassination, and violent coups. The form of these films matches their content—they’re among the most structurally radical of the era. They’re also some of the most visually ravishing. Yoshida deploys high-contrast lighting to create gorgeously irradiated black-and-white images reminiscent of Japan’s Provoke photography movement. He often frames scenes from unusual angles and utilizes the extreme top and bottom of the screen. It’s a startling approach to composition that few filmmakers after him have dared to attempt.

The films deal with historical subjects, but they’re far from typical period pieces. Heroic Purgatory (1970) fluidly shifts between the past, present, and future, moving through time in a way that recalls the work of French New Wave director Alain Resnais. The film weaves together a dazzlingly disorienting narrative about protest movements and the corrosive cost of viewing life through an exclusively political lens. The tense drama Coup D’Etat (1973) details a 1936 plot by right-wing forces to overthrow the Japanese government, exploring the swirling theater of competing philosophies and covert actions that led to this bloody-but-unsuccessful attempt. 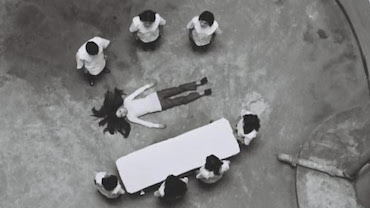 The set’s highlight is Yoshida’s most famous film Eros + Massacre (1969), set in both the modern student movement and politically progressive Taisho era of the 1910s. As the stories develop, the time periods bleed into one another, the past infecting the present, and vice versa. The contrasting love stories include an infamous polyamorous relationship between an anarchist theorist and two women’s rights activists.

Due to political censorship, the film was originally released with almost an hour trimmed from its 3 hour and 40 minute runtime. Arrow’s set includes both the theatrical version and the original director’s cut which are markedly different and equally worthwhile. The full cut is less elliptical and experimental than the original release, but both deserve to be considered among the major films of 1960s.

The essays in the set discuss many of Yoshida’s other movies from this decade which remain virtually unknown and difficult to see. Love + Anarchism is an important first step in excavating the work of a director whose challenging films feel more timely than ever.

Greg Tate’s Flyboy in the Buttermilk (1992) is one of the most brilliant and wide-ranging essay collections to come out of the cultural wars, a stirring examination of race, politics, literature, and music by a writer with style to burn. The sequel has been far too long in coming. Flyboy 2 picks up where its predecessor left off—which is to say, just about everywhere.

These 75+ pieces traverse a rich landscape of what Tate at one point terms “Black culture, sexuality, consciousness, and cognition.” They include examinations of afro-futurism, the fluctuating state of hip hop, visual artists such as Kara Walker and Itabari Njeri, unsung writers like Gayl Jones and Clarence Major, interviews with Richard Pryor and Wayne Shorter, extended essays on Jimi Hendrix and John Coltrane, and more, more, more. Tate is unafraid to wade into messy cultural and political waters and adept at unpacking seeming contradictions and paradoxes—see his pieces on the complicated legacies of Amiri Baraka, Gil Scott Heron, and Blaxploitation cinema. He deals in nuance, armed with a sense of humor that’s as finely honed as his sense of semiotics.

One of the great pleasures of Tate’s work is the prose itself, which turns insights into acrobats, like this brief-but-telling riff about artist Jean-Michel Basquiat: “Yet like Burroughs, Basquiat got fixated on verbiage as a magic system, a way of apprehending the dead by drowning them in babble and rhythm, glossolalia and repetition, ancestor worship and nonsequiturs, Old Masters and juvenilia, sexed-up cretins and crestfallen capitalists.”

The longer pieces here leave the deepest marks, but even album reviews that might seem mired in their historical moment offer worthwhile insights. Flyboy 2 is an encompassing work that connects the cosmologies between culture “high and low, ‘hood and hermeneutical.” 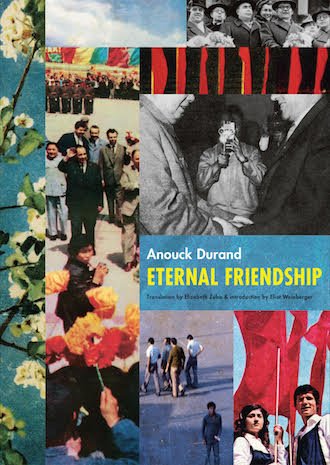 The book recounts the fleeting accord between these totalitarian countries and powerfully traces the fraught friendships between several professional photographers. It dramatizes the complex interplay of historical forces and personal choices that determine the course of these relationships. Durand artfully arranges a mix of official and private photographs throughout the book to recreate the texture of those unreal times. Her narratives illustrate how history can be erased and facts determined by fickle governments—lessons that feel all too relatable.

It’s fitting the book is introduced by Eliot Weinberger, whose own work straddles various genres. Eternal Friendship is significant not only for what it achieves, but for what it suggests about the fertile possibilities of this new form. 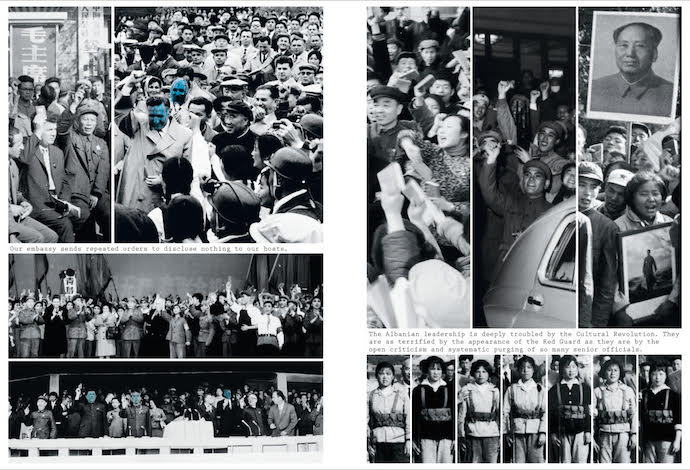 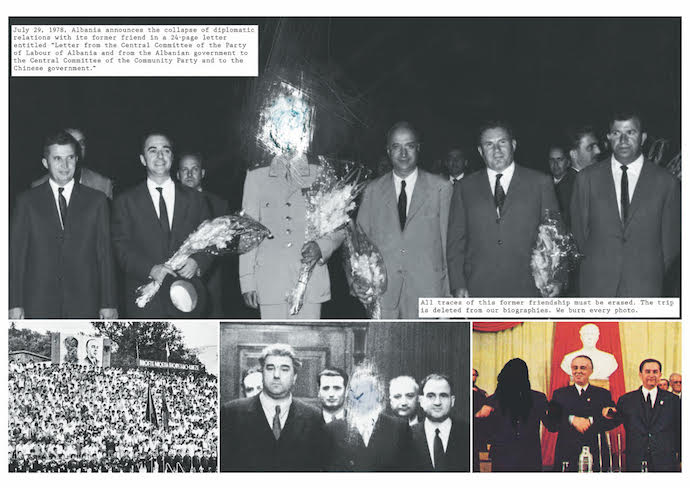