I WAS A NORMAL HUSBAND, ETC. 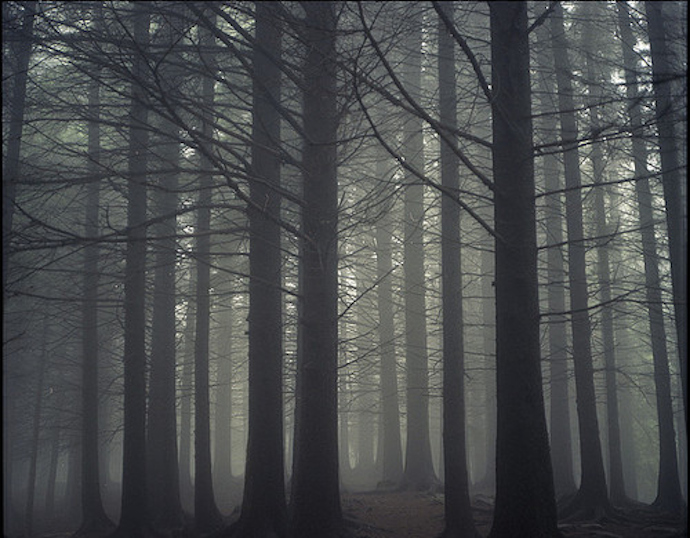 I was a normal husband, etc. And then I found the infant’s head in the fireplace, when no one was home to believe me. My wife and children go on trips without warning, or invitation. I don’t know where they go. Upon returning, they behave as if nothing had happened, and I appreciate that.

The infant’s head said it needed a favor. It had black eyes, and a tarantula nose.

“You’re not going to like it,” the head said.

It’s true that I had seen it before, in my dreams, which are pathetic. But never when I was awake. This felt like something.

The infant’s head wanted to take me to the forest where the teenagers are killing themselves, doing drugs, obsessing by moonlight. It’s right around the corner. As the head was loping along, or I should say, rather, rolling (that’s how it moves), I asked if I could stop in the gas station we were passing for some gum. I hate it when my breath smells, and I had just eaten a slice of toast with garlic butter, the kind my wife loves, but I hate. There was nothing else to spread on it.

The infant’s head said it was fine. (That’s actually what it said, “It’s fine,” like it had some kind of authority over me. I’m over fifty! I’m forty.) Anyway, I walked into the gas station and found no other patron but a solitary man, holding a carton of milk. He was defined by his rainlessness; a mouse nibbling on something inedible. The ugly machinery of my thinking blurted into motion.

It was Bill. We hadn’t spoken since college. I thought he had moved to the other town, or maybe died. I was arrested by the moment—shuttled into blankness without consent. Our eyes met. We both offered a feeble hello, a handshake.

Bill and I stopped speaking to each other because of some kind of treachery. I think I stole his girlfriend or boyfriend, or he stole mine. I didn’t remember, though I remembered the fighting, which seemed about right to me. As we were talking, I realized that Bill didn’t remember either. He didn’t know if he should be a little standoffish, or if he should be on guard for my own acidic brand of hostility. We were thinking the same thing! We were stuttering. I forgot to tell him that I got married, and then my extended family died, but that I bought a house, too. He mentioned carpentry. I’m a criminal lawyer.

In the lull of our pleasantries, I could hear the gas attendant speaking to his daughter on his cell phone. He repeated “tubes” into the nook of the phone, each time with more force, and anger. (Tubes, tubes, tubes!) I got so flustered by the whole scene that I walked back home, forgetting about the infant’s head completely (my memory!). I never saw the thing again anyway, so what does it matter.

I chewed on some spearmint gum and thought about my rubbery life, which never made sense to me, even when my grades were good, even when I had someone else’s boyfriend or girlfriend.

The road back to my home was a long, sarcastic line. I thought I could see a pink ribbon fluttering in the sky above the forest, overzealous and mute, but it was too late for me to pass it in my thoughts beyond the image.

Sebastian Castillo was born in Caracas, Venezuela, grew up in New York, and lives in Philadelphia, where he teaches writing. His most recent work has been published in Electric Literature, shabby doll house, and The Conversant. He’s currently writing 49 novels. You can also find him on the internet @bartlebytaco.